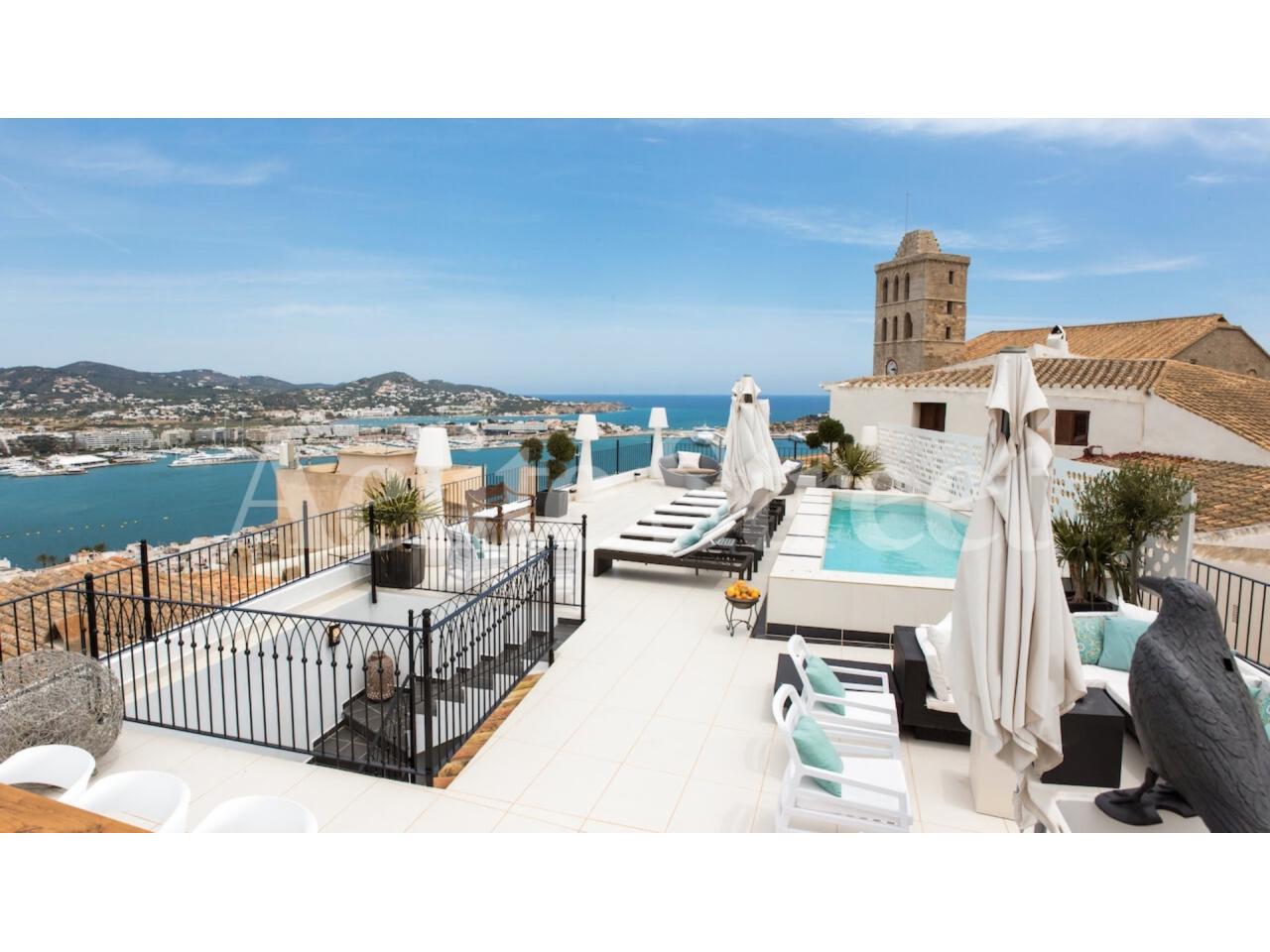 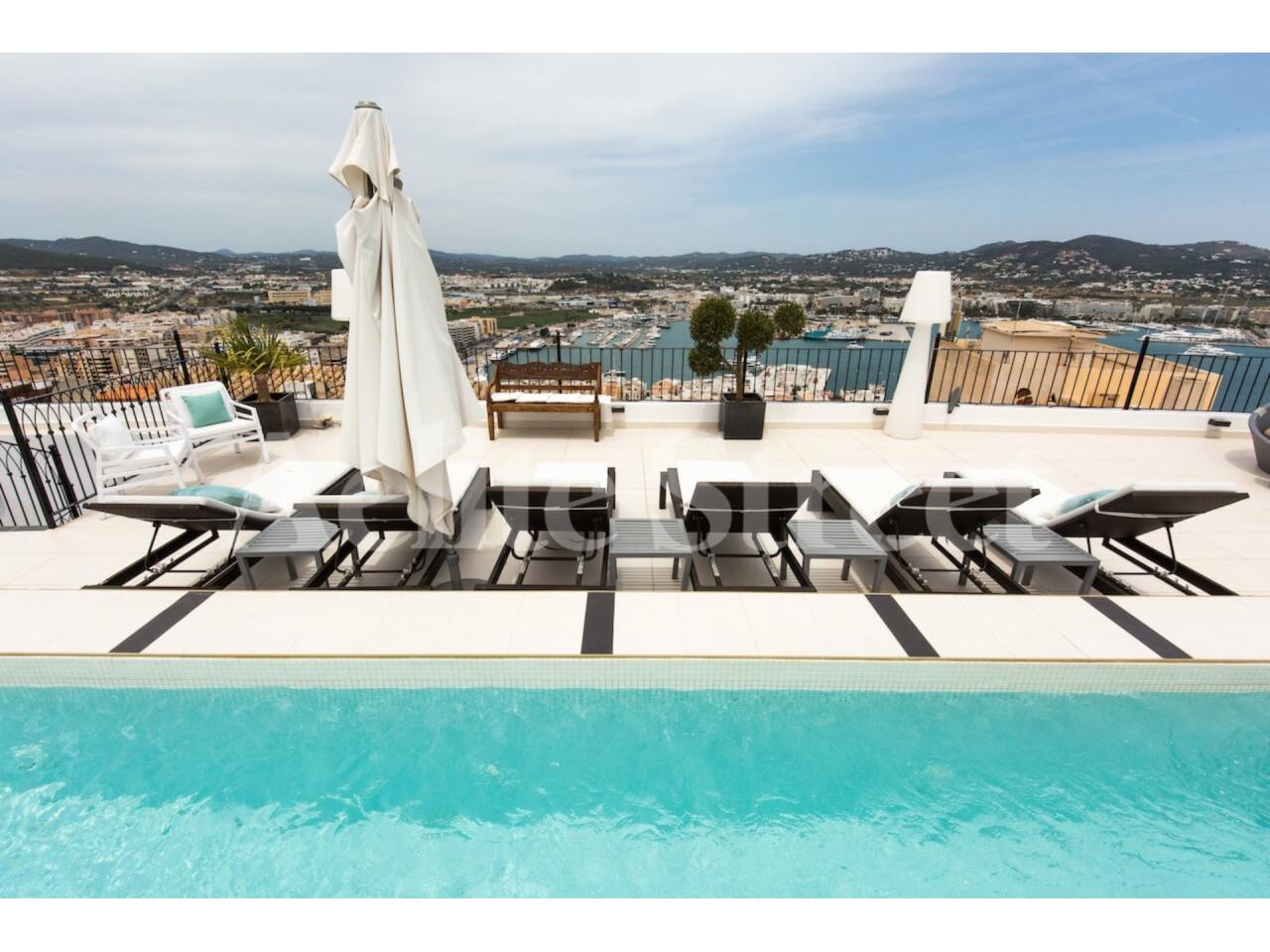 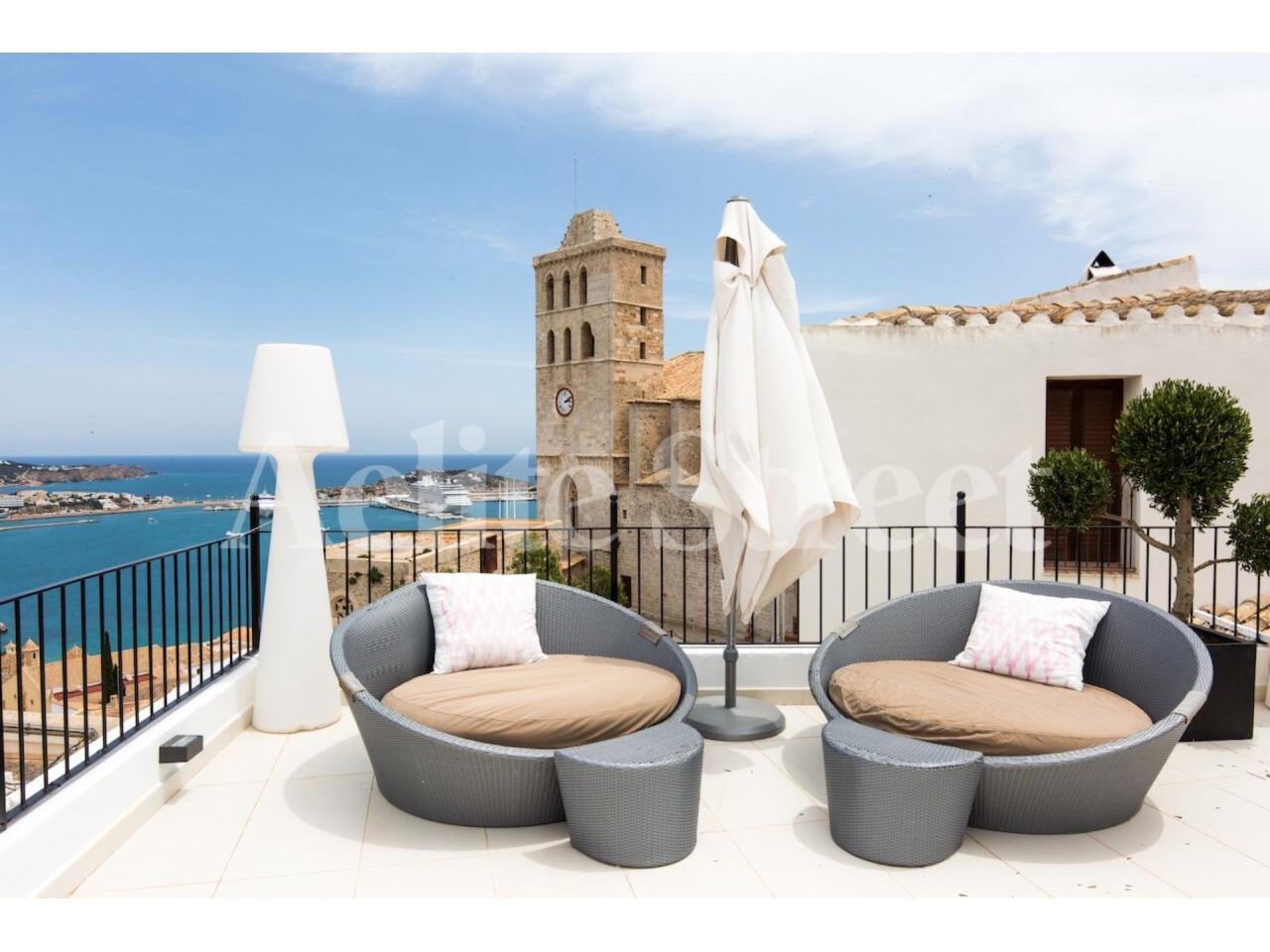 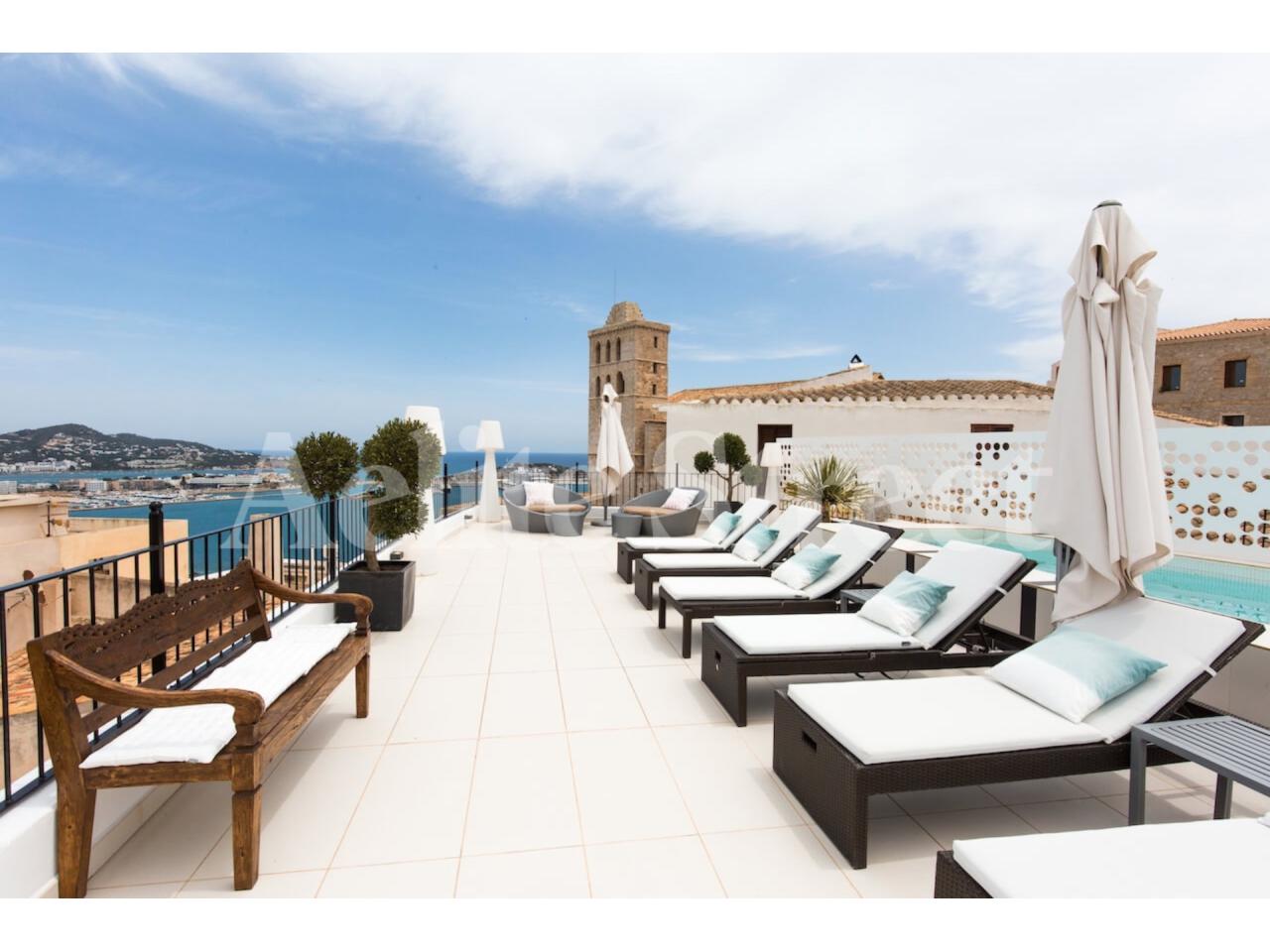 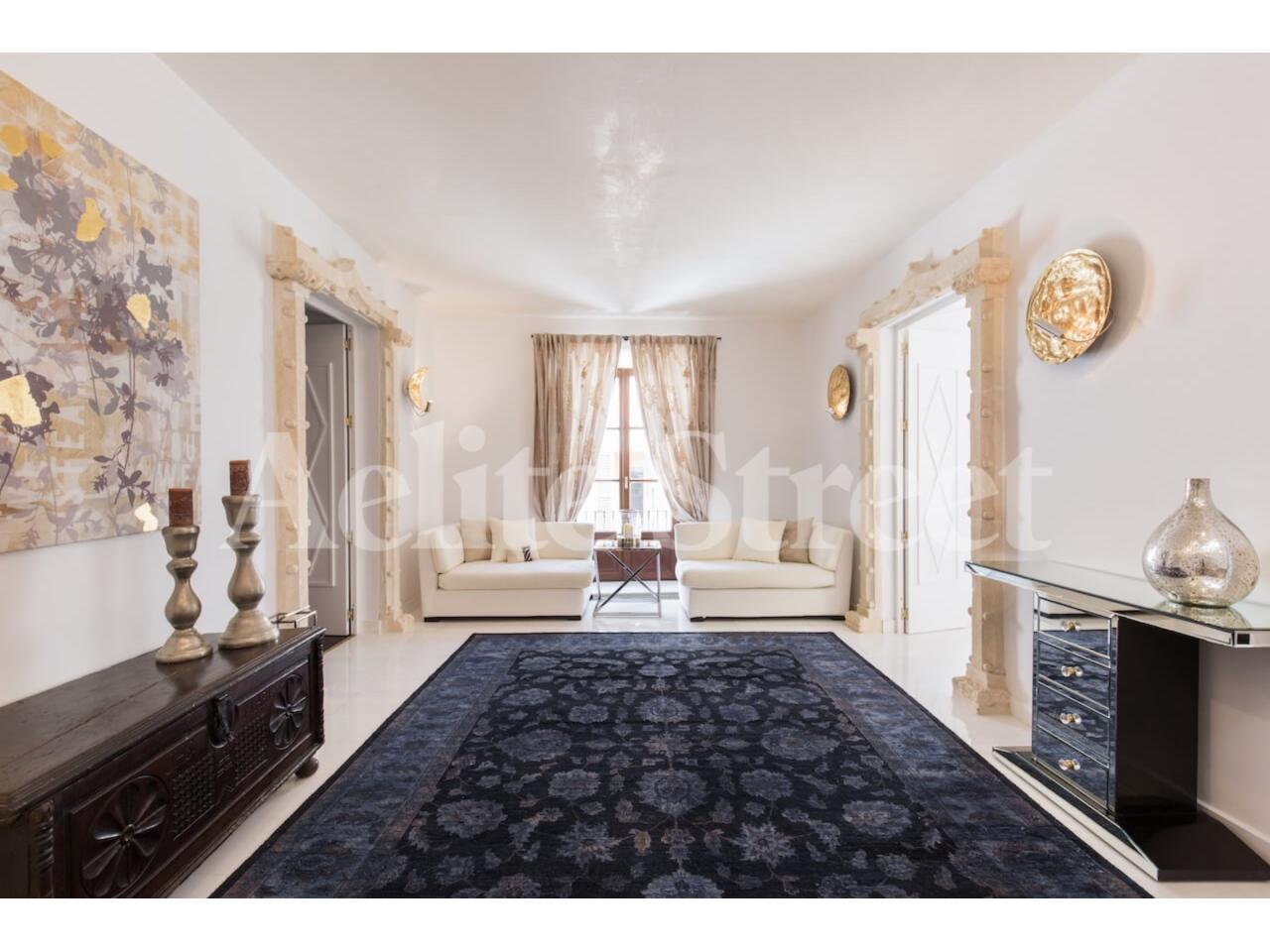 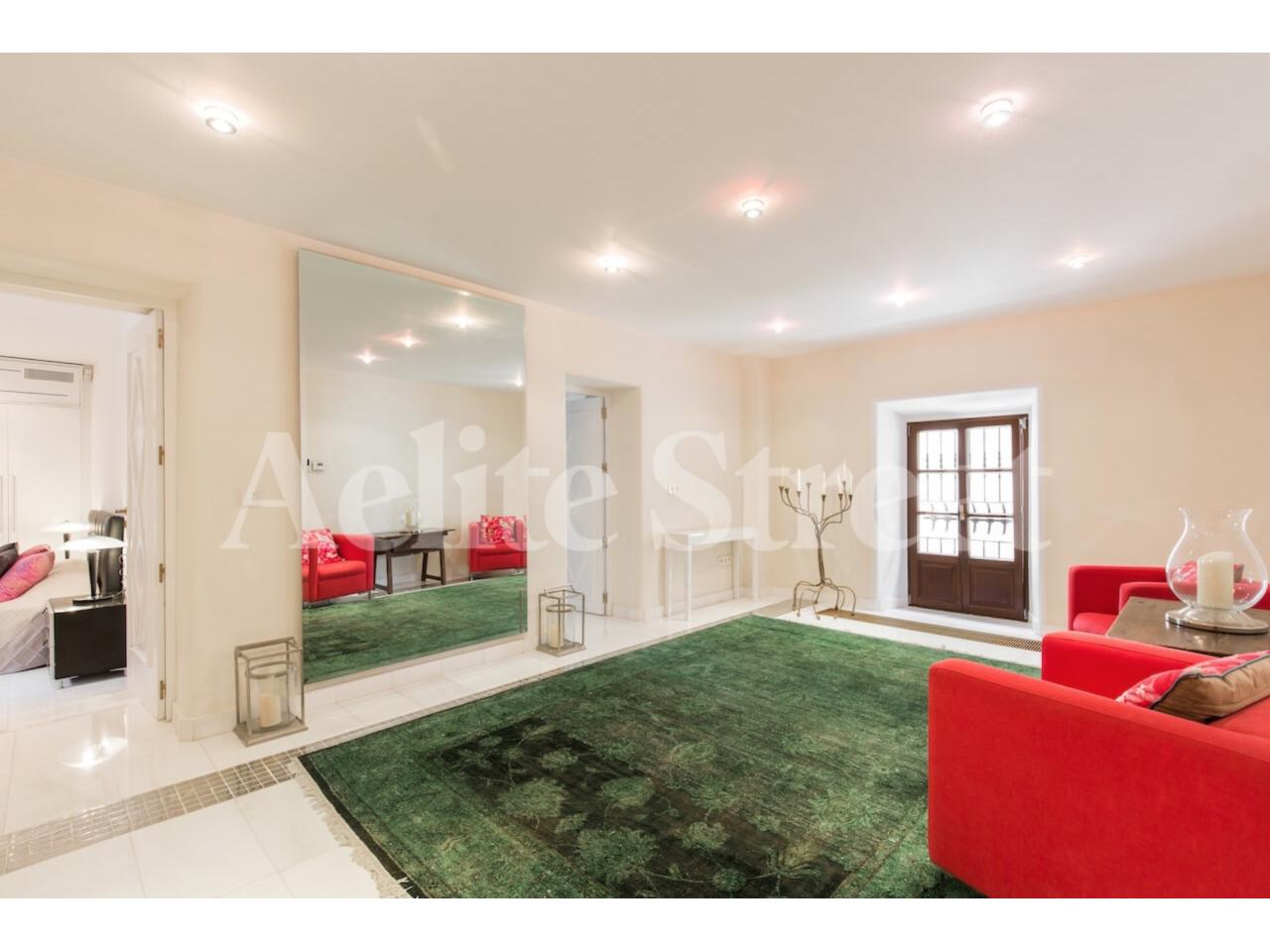 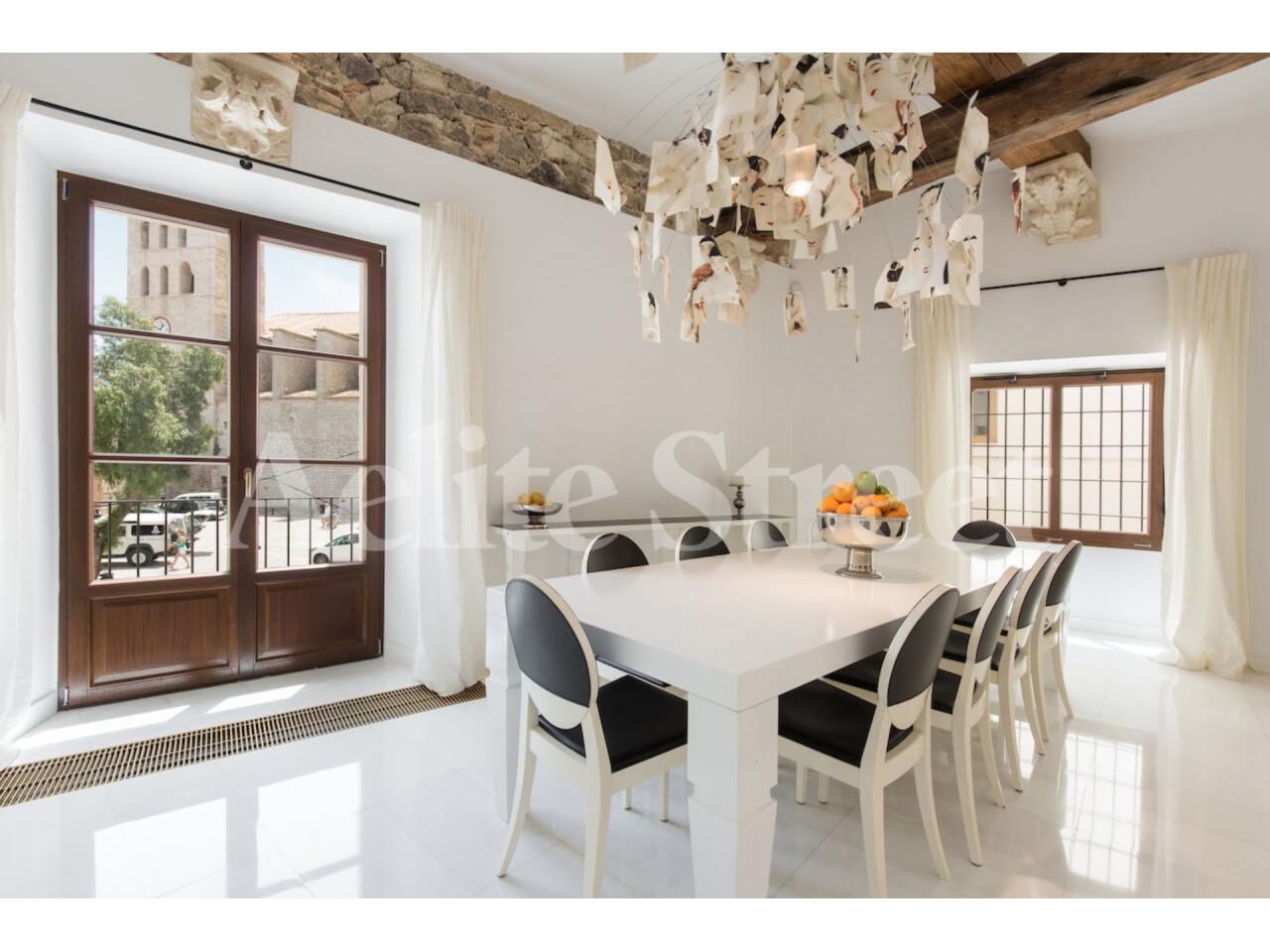 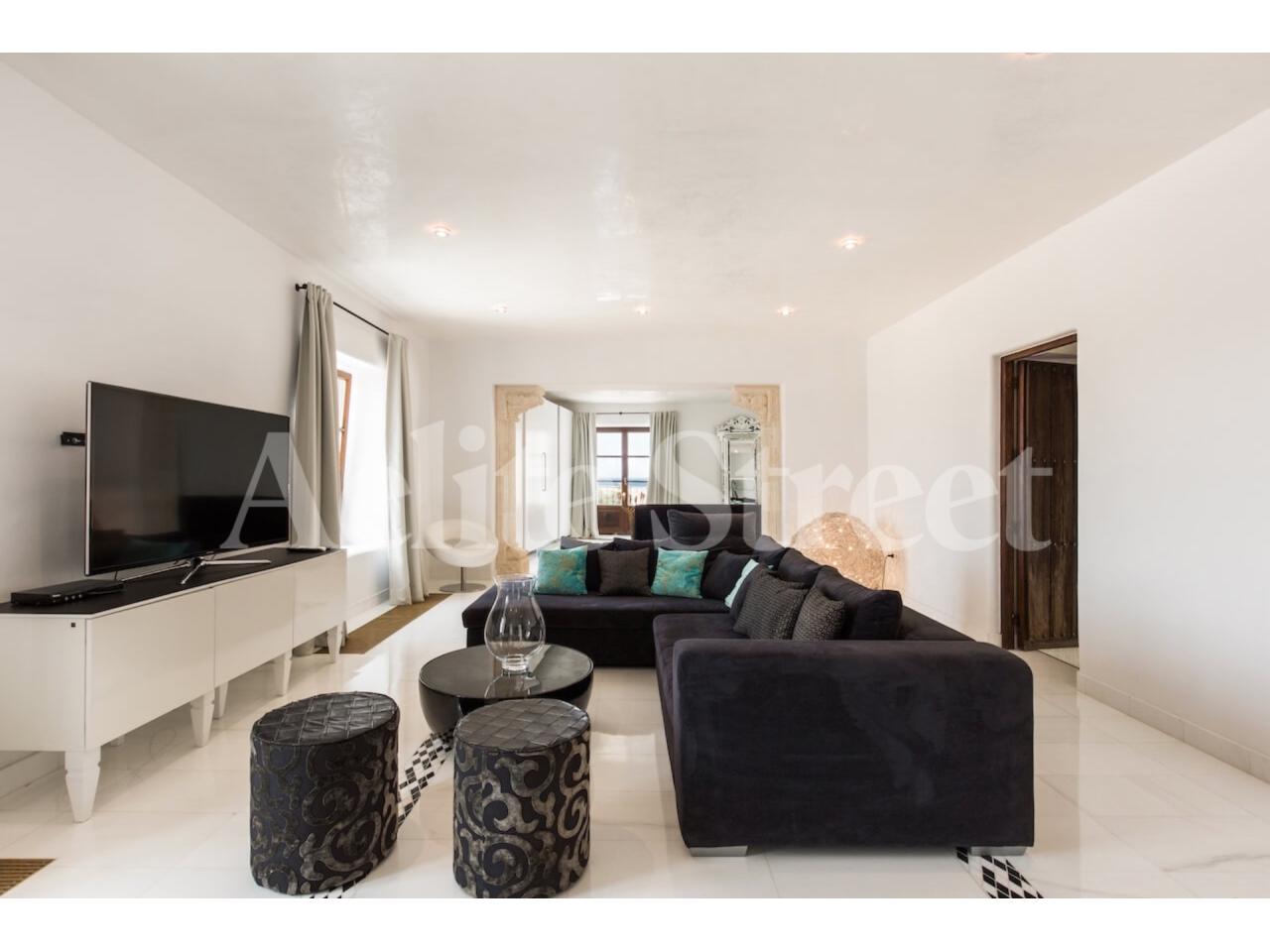 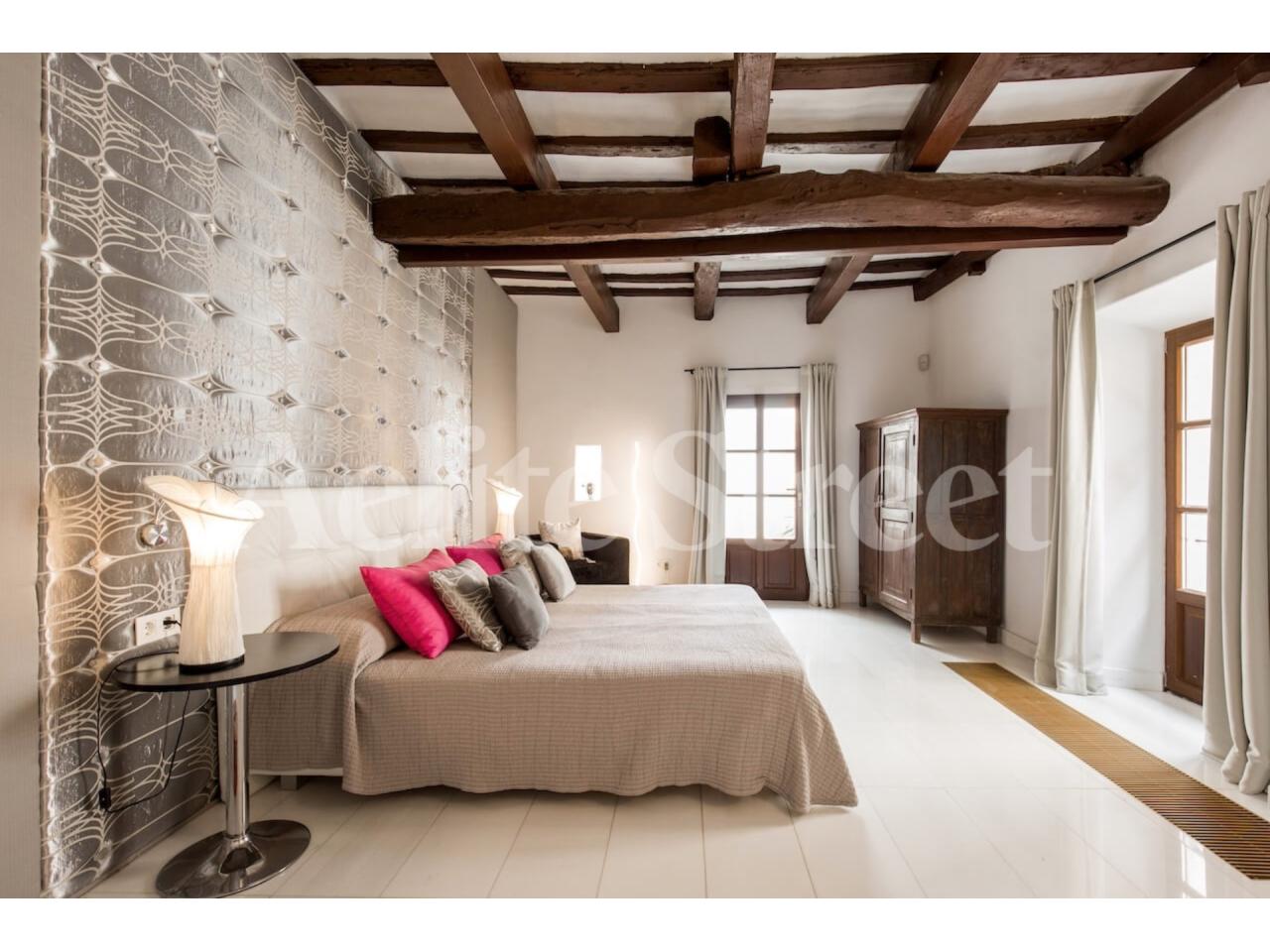 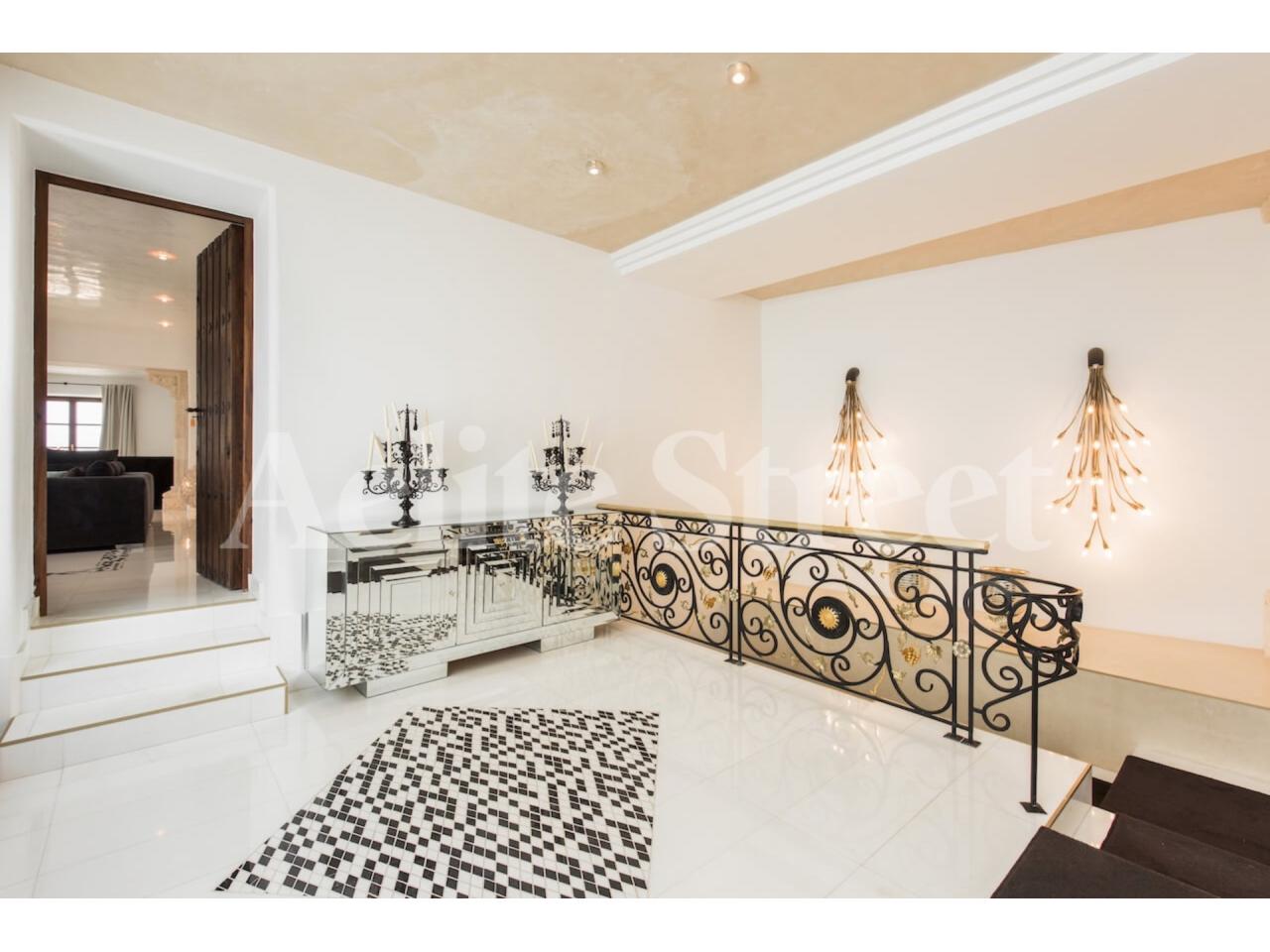 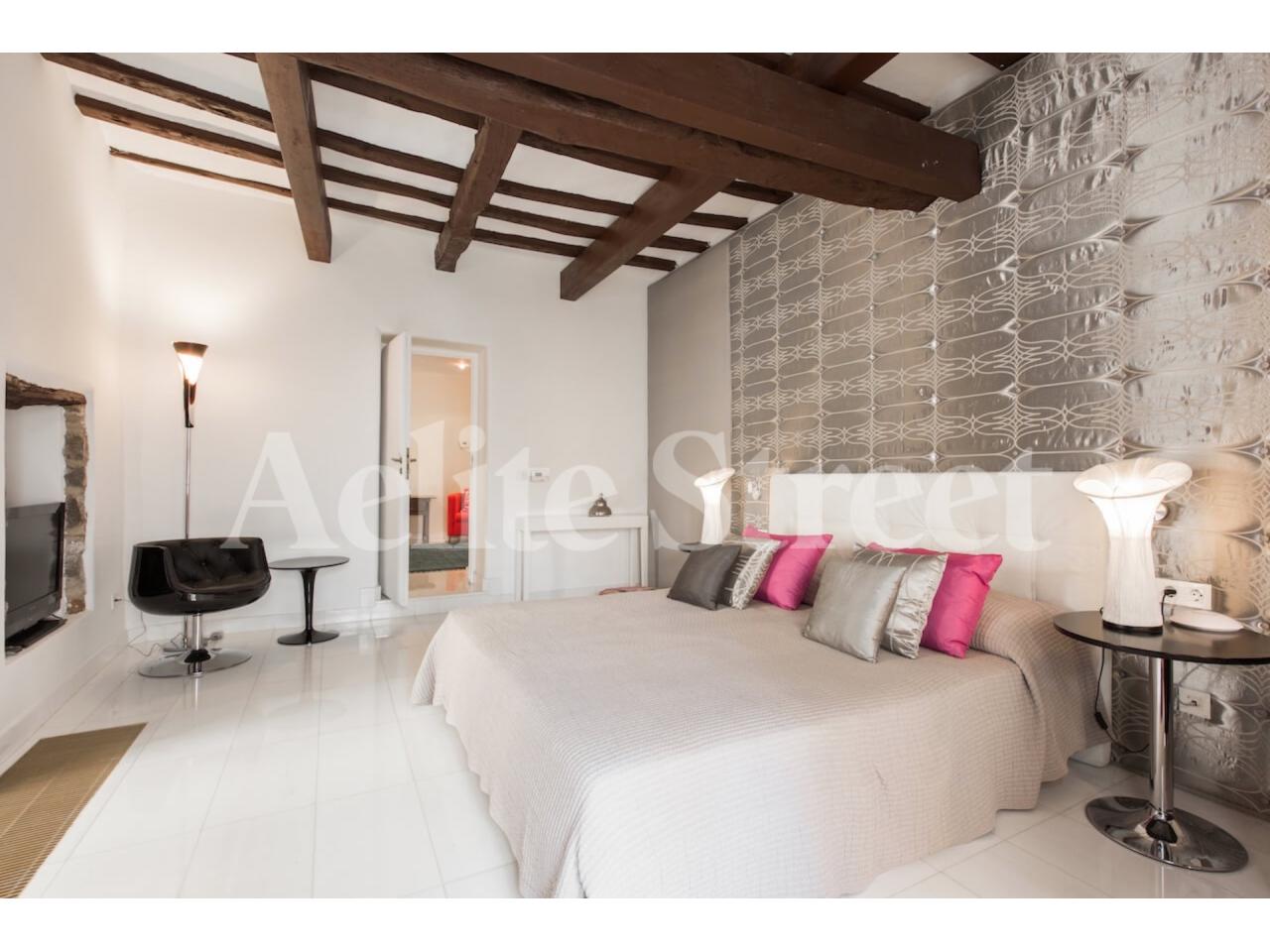 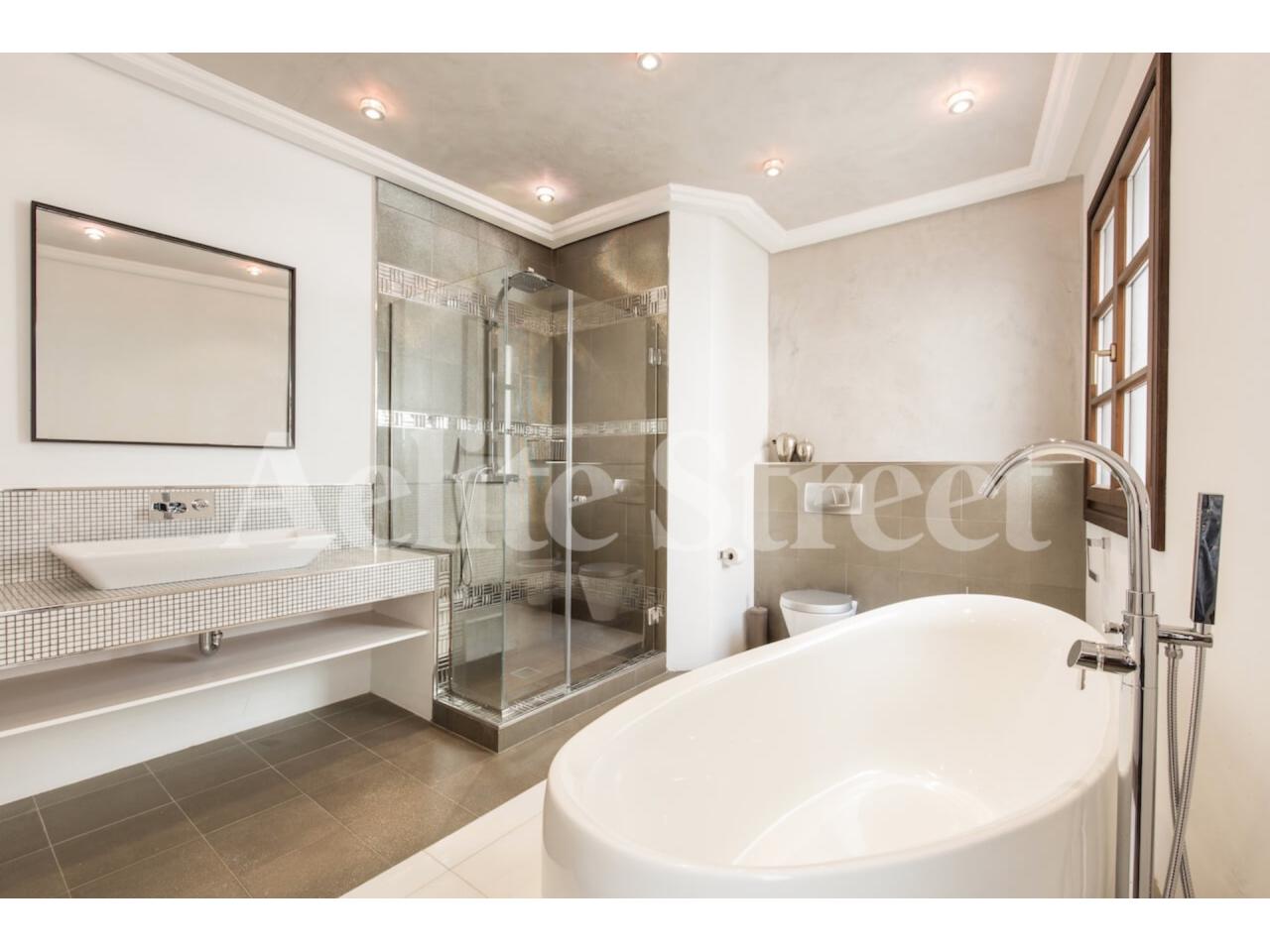 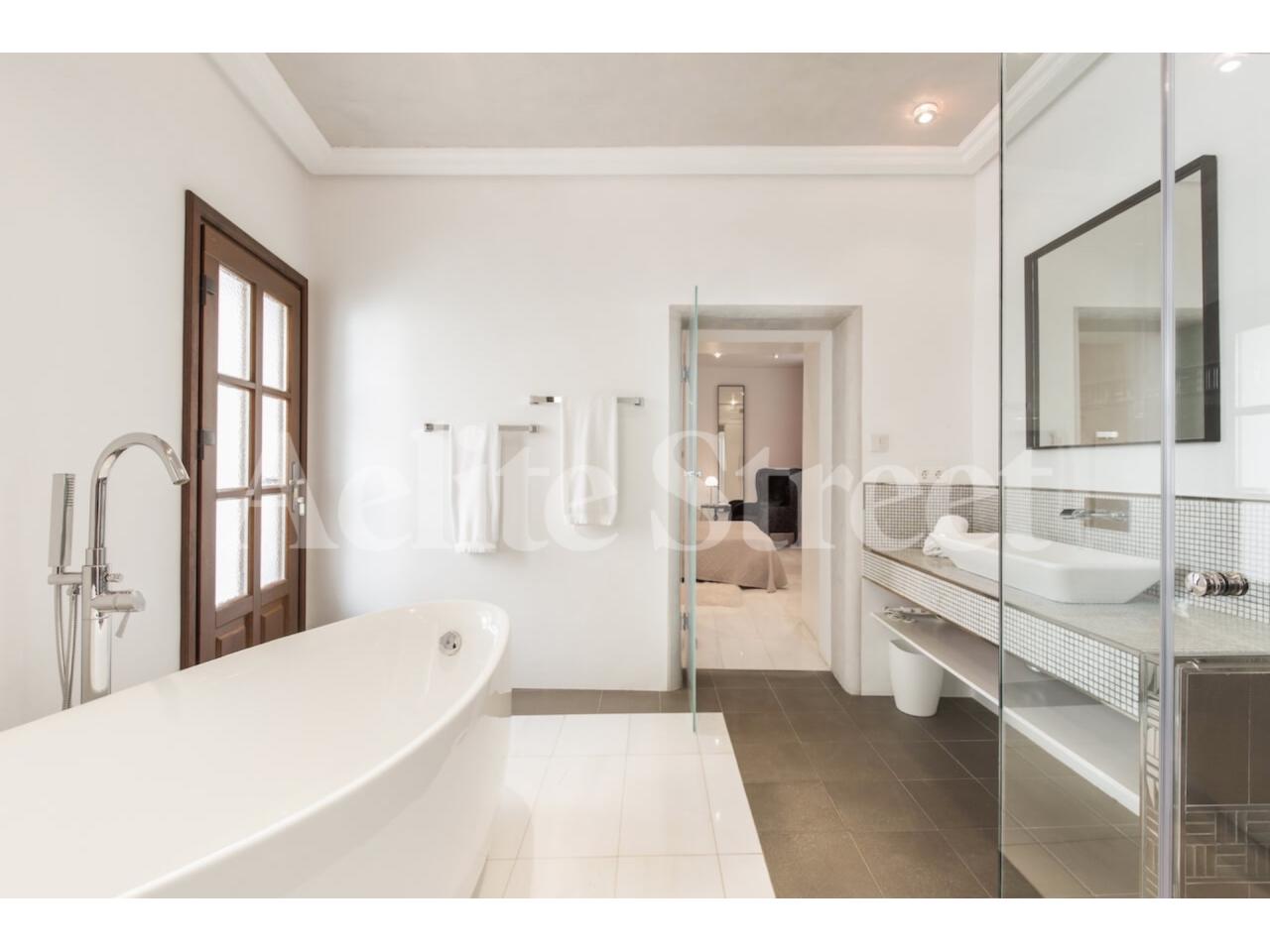 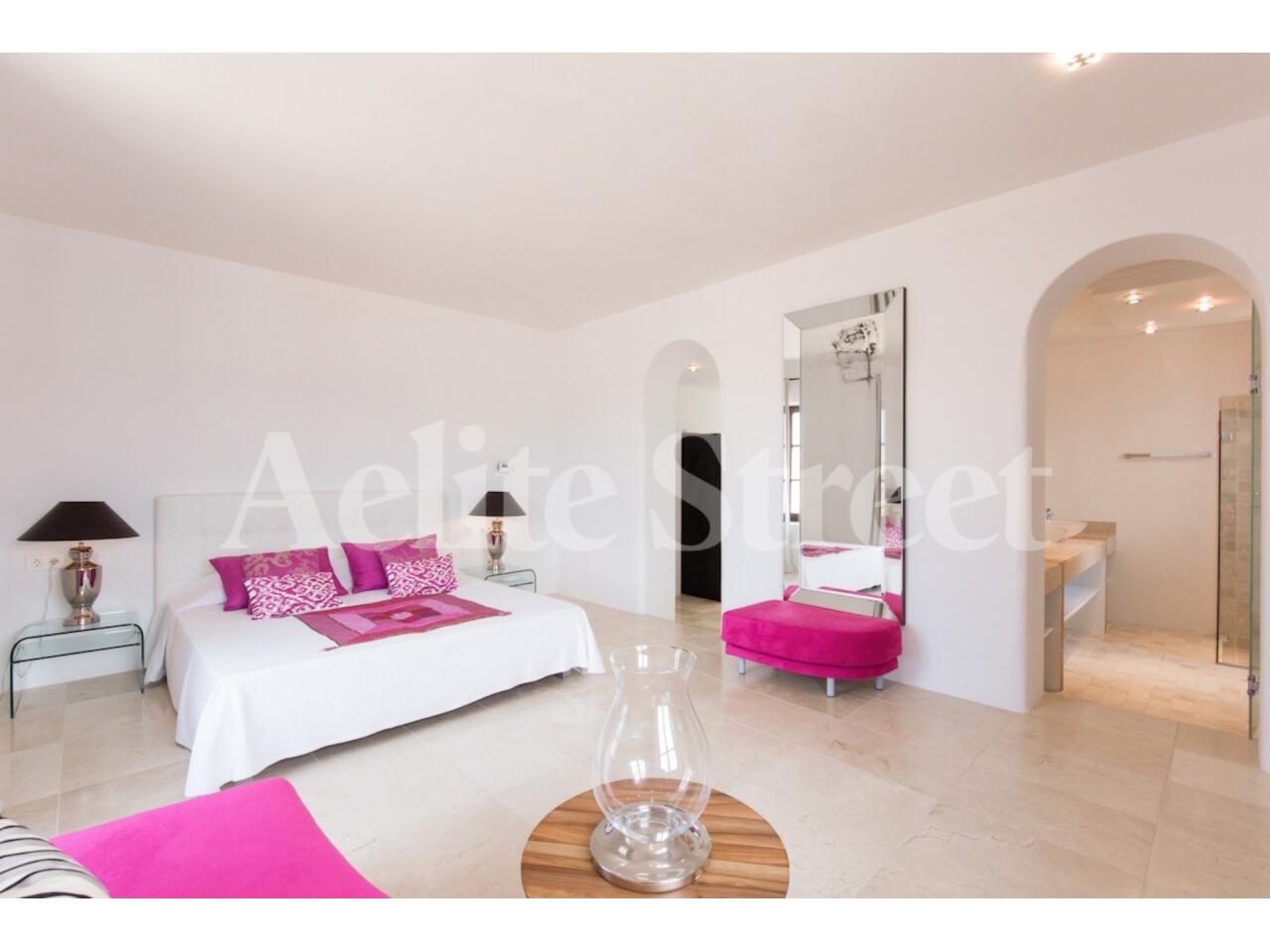 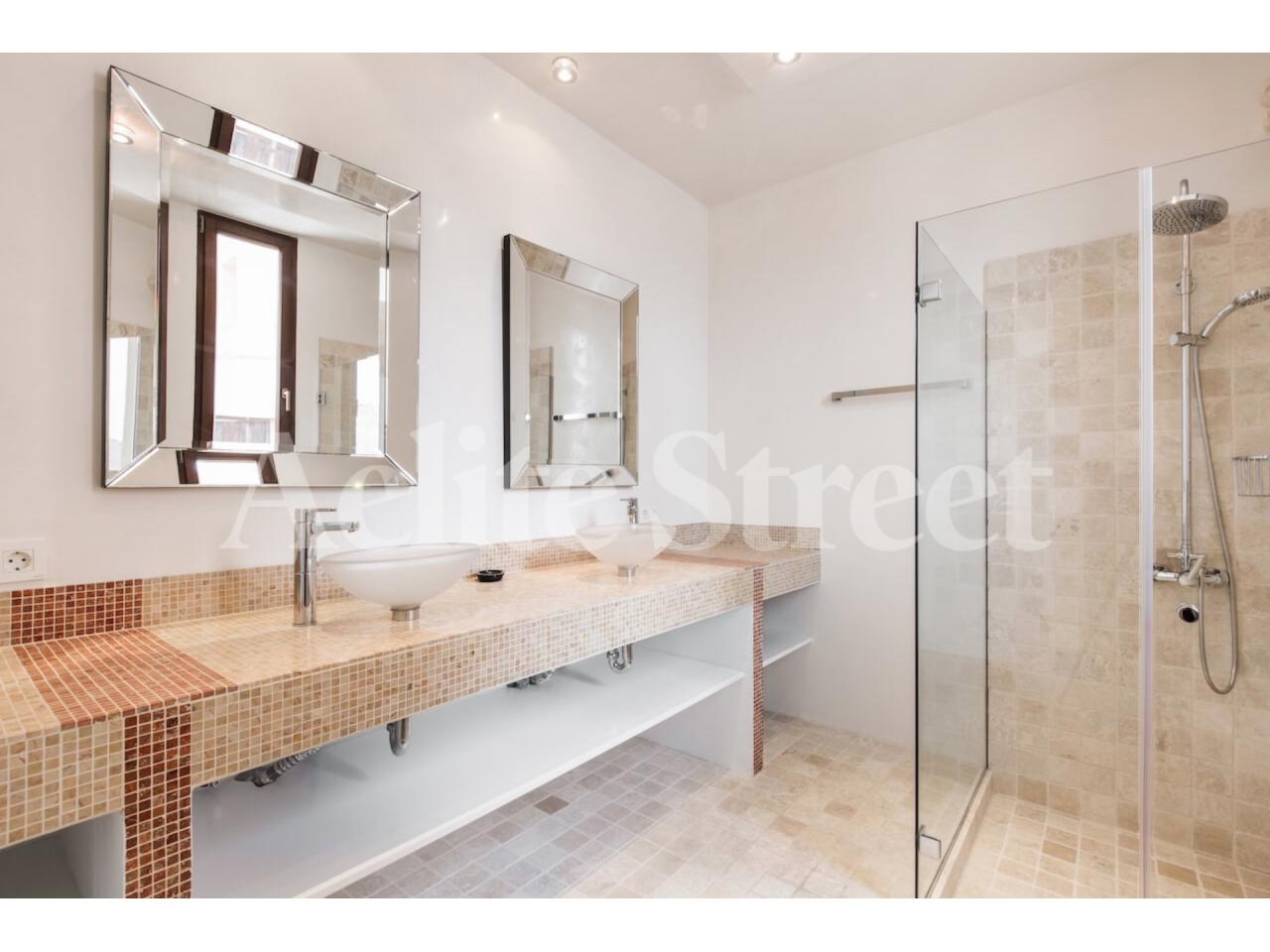 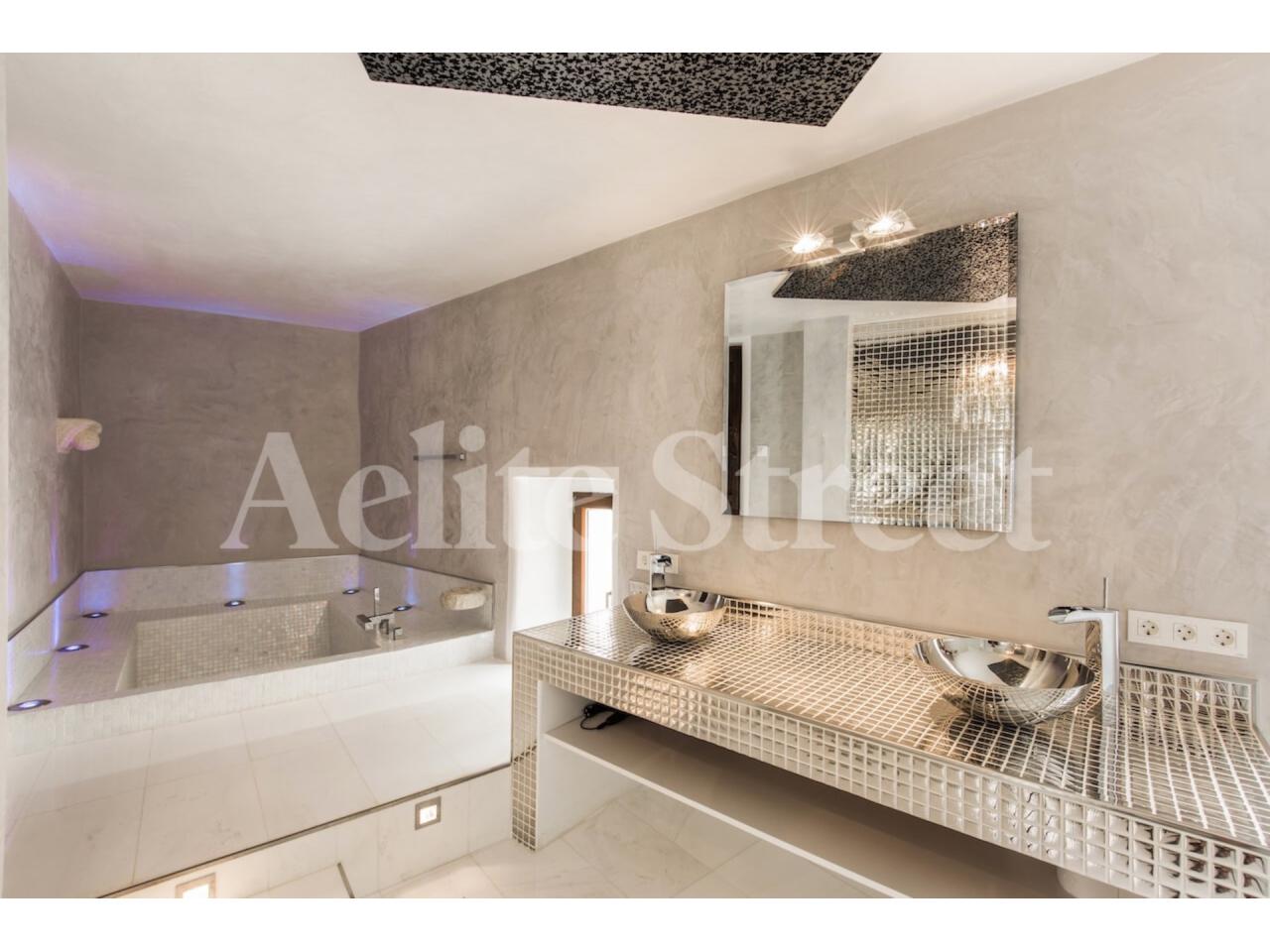 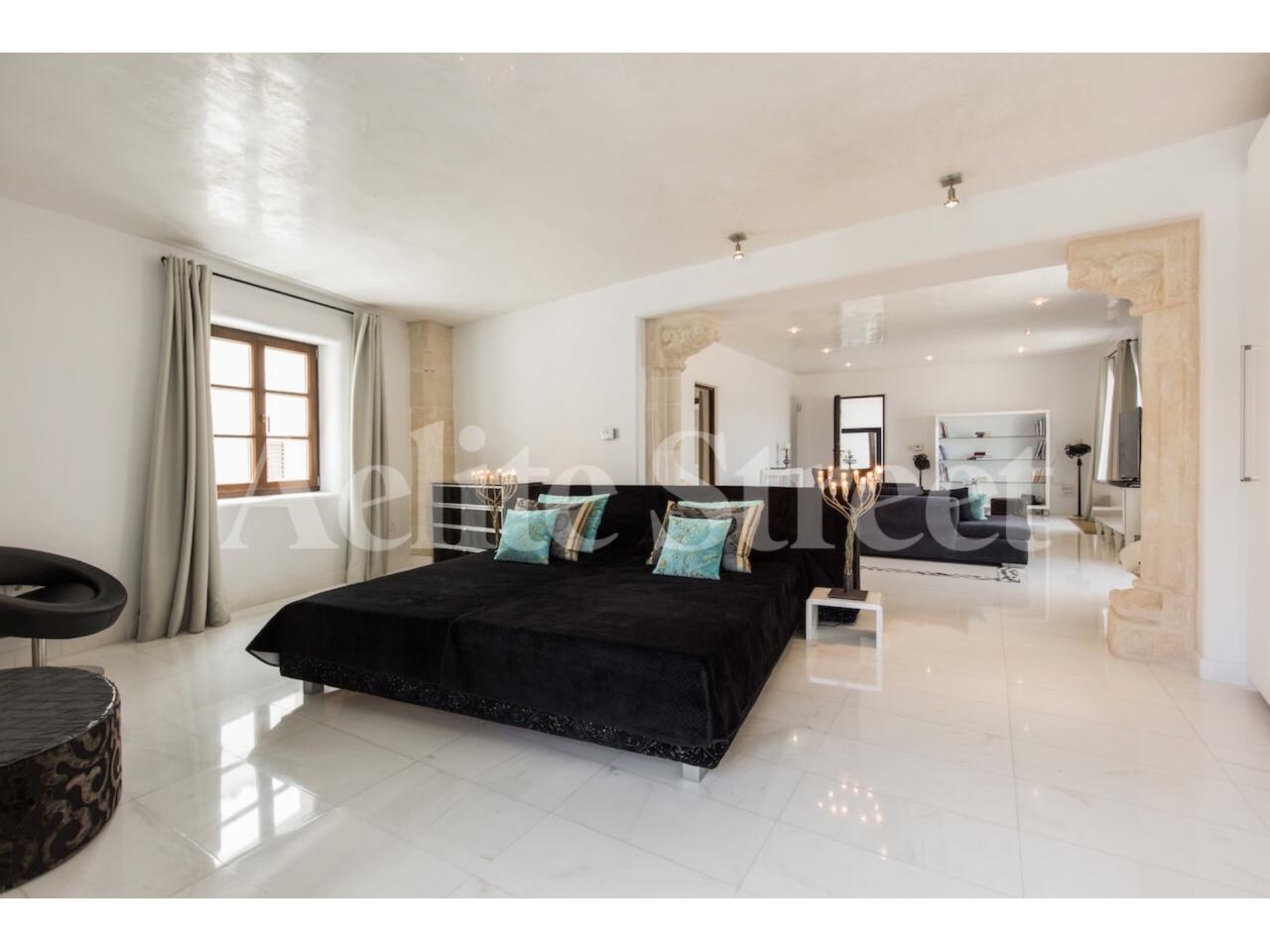 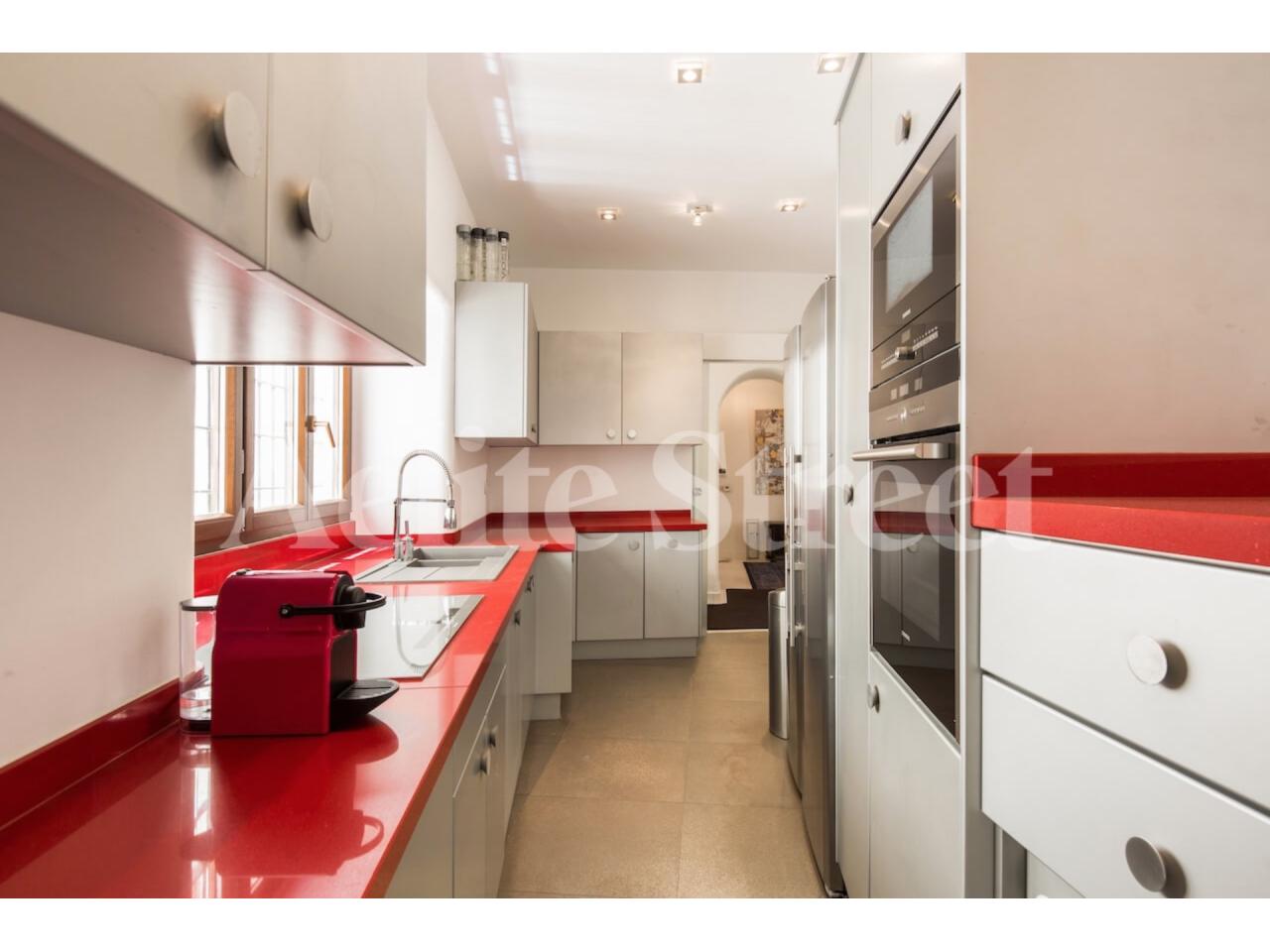 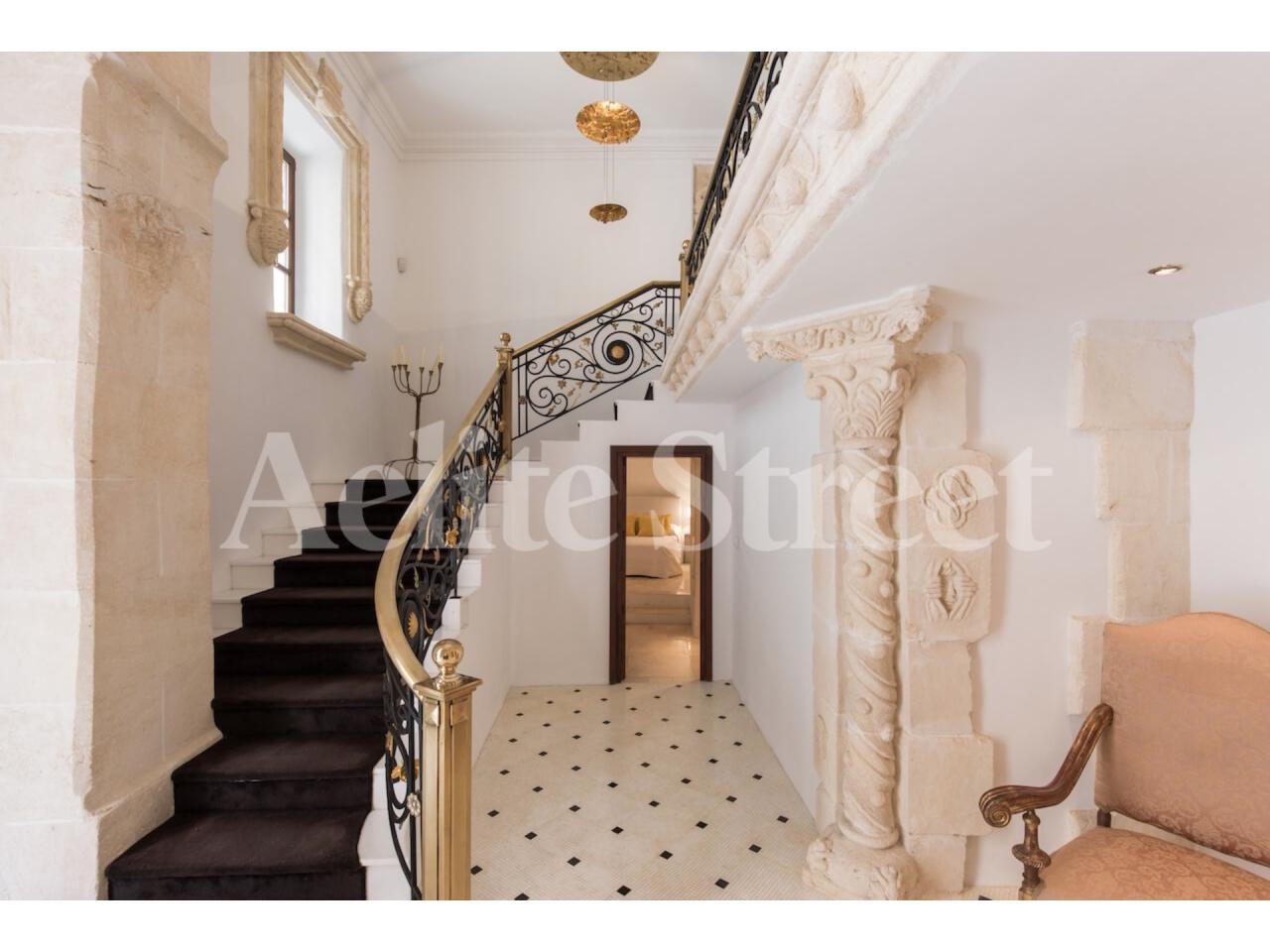 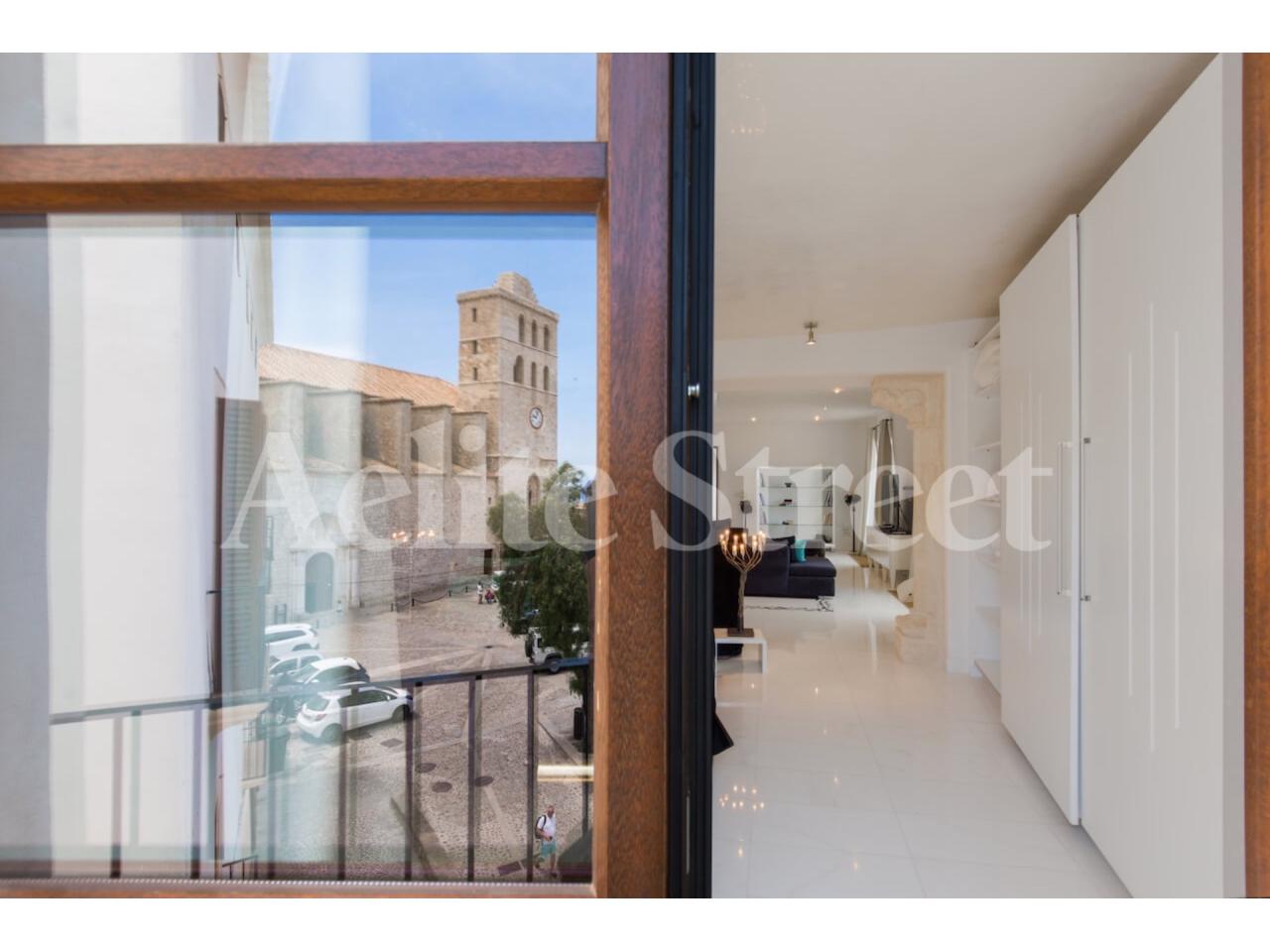 This famous ‘Palacio’ is an 18th Century palace set high up on the slopes of the ancient town of Dalt Vila (the ´High Town’), looking down across the UNESCO World Heritage site, it´s his...
DALT VILA DIAMANTE

This famous ‘Palacio’ is an 18th Century palace set high up on the slopes of the ancient town of Dalt Vila (the ´High Town’), looking down across the UNESCO World Heritage site, it´s historic castle walls, and across the port of Ibiza Town and out over the meditteranean.

The original was literally built into the castle foundations in 1740, and during an incredible renovation during the 21st Century, many historic features were masterfully retained inside the palace, including fresh water running from the original spring inside the old medieval city.

The main part of this multi floored villa at the top of Dalt Vila, consists of 7 incredibly different ornate rooms, all with incredible en suite bathrooms. Set over 3 floors, plus roof terrace, there are also 2 more bedrooms to be found in a further separate adjoining annex which has it´s own entertaining area, kitchen and modern bathroom.

As well as maintaining the magnificent original structural features throughout, the owners added a decadent cinema room, and a stunning rooftop terrace with full service bar, and a pool with stunning views across the island. Integrated air conditioning/heating is built refreshingly into the floors, rather than the ceilings, which is perfect for those hot Summer Ibiza days, or cozy winter evenings.

There are beautiful features throughout, such as ornate balustrade staircases, and opulence to be found in every bathroom.

By day, or by night, the views and the Ibiza experience from this terrace is second to none.

There is also, unusually, a double garage underneath, and a small ramp which leads directly onto the square in front of the Cathedral. This really is in the upper exclusive echelons of Dalt Vila, and like a fine wine needs to be indulged at one´s leisure!

For the summer months Ibiza Town (Eivissa) is the centre of the world, or so it seems. The town itself is centred mainly around the beautiful square (recently pedestrianised) known as Vara De Rey and the main port.

Overlooking the port and the town below from behind its castle ramparts is Dalt Vila (aka the Old Town), dating back to the Phoenicians and listed as a UNESCO World Heritage Site. Once populated by Romans, Moors and the odd pirate or two, it is now full of winding cobbled streets, charming bars and romantic restaurants.

To the west of Ibiza Town runs the road to San Jose, which is peppered with myriad restaurants such as KM5, Cova Santa and Cas Costas Grill and Market, and in the surrounding hills if you look carefully enough one can spot some of the most exclusive and beautiful villas on the island tucked away behind the pines.