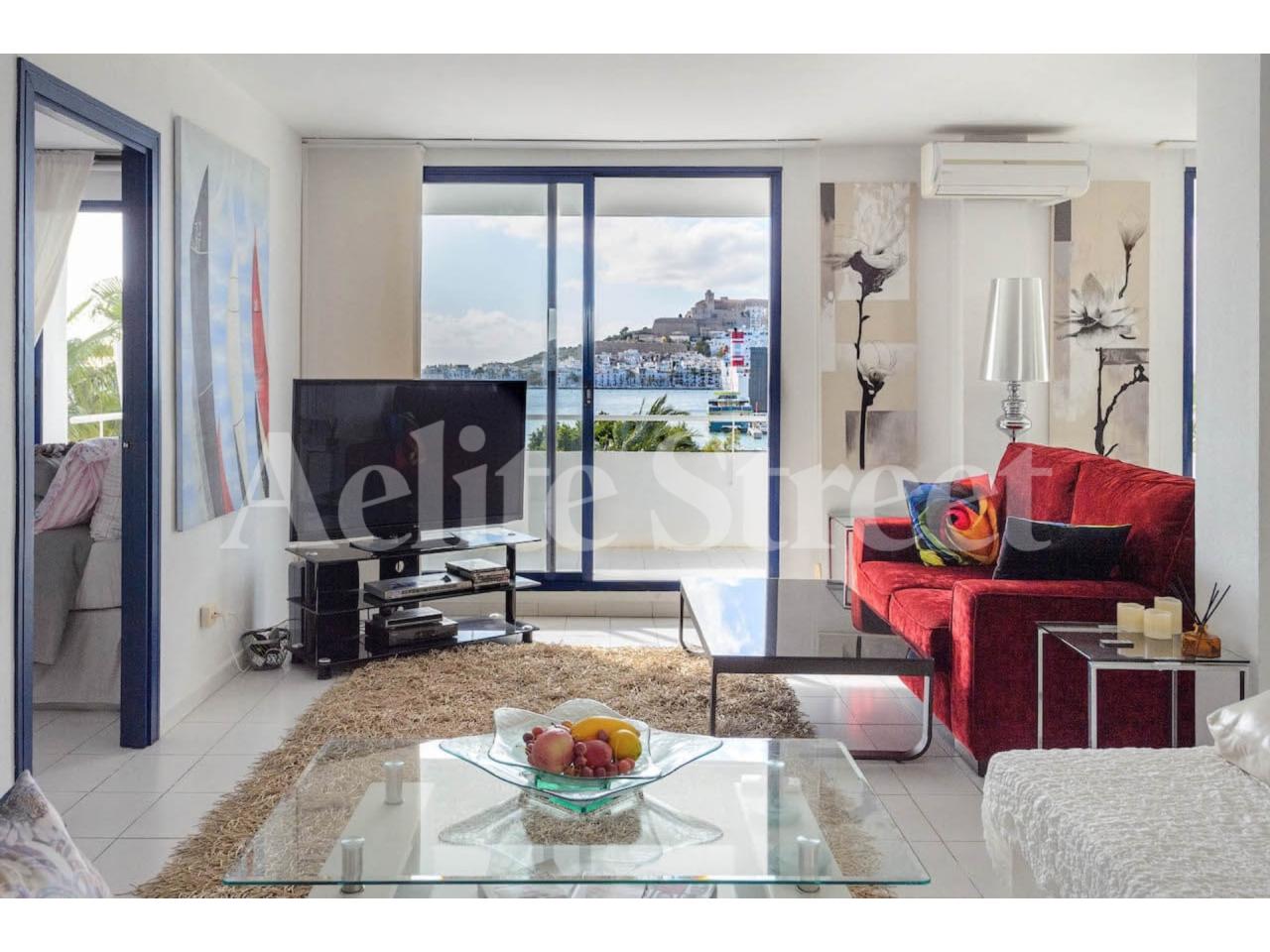 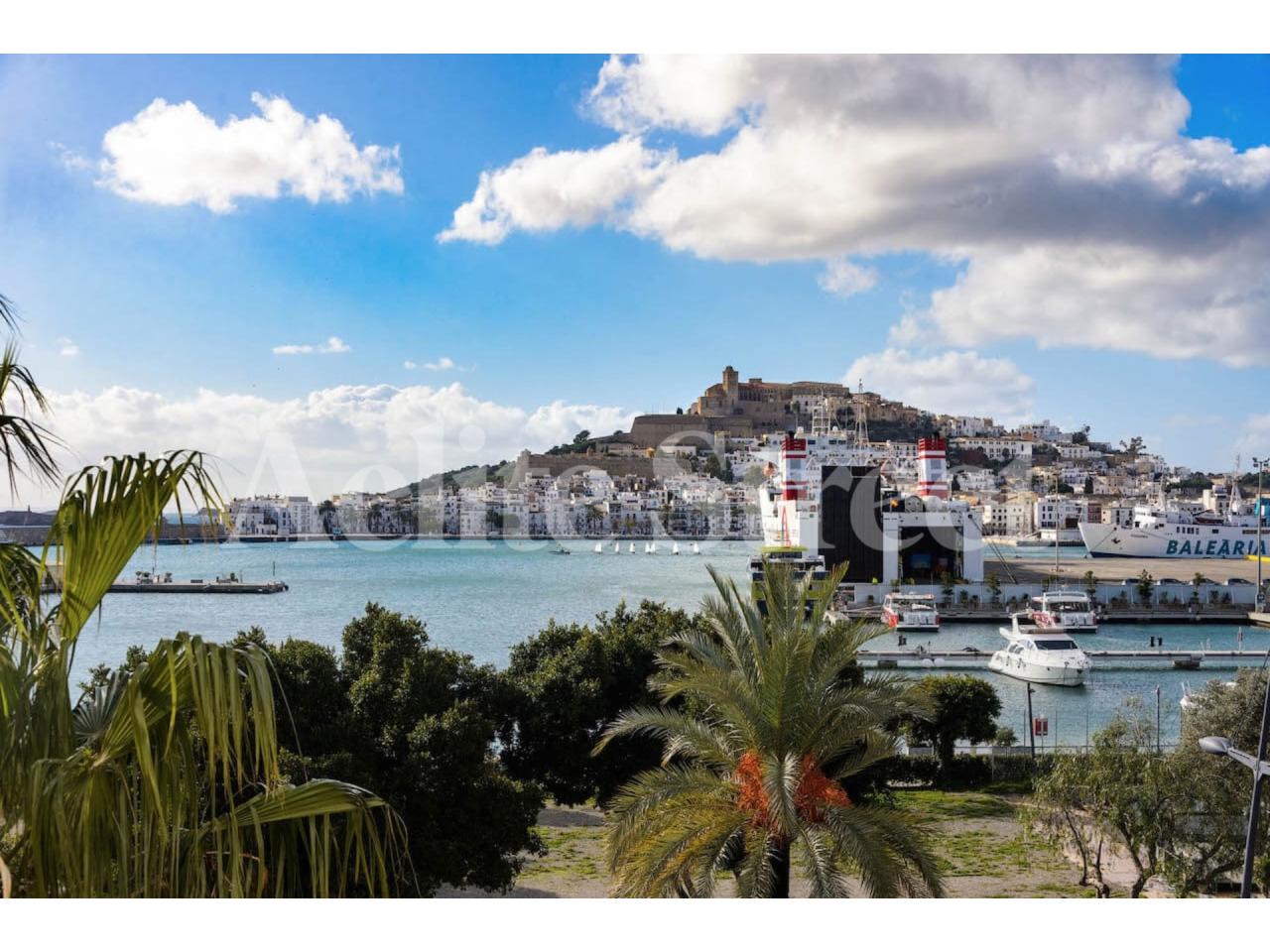 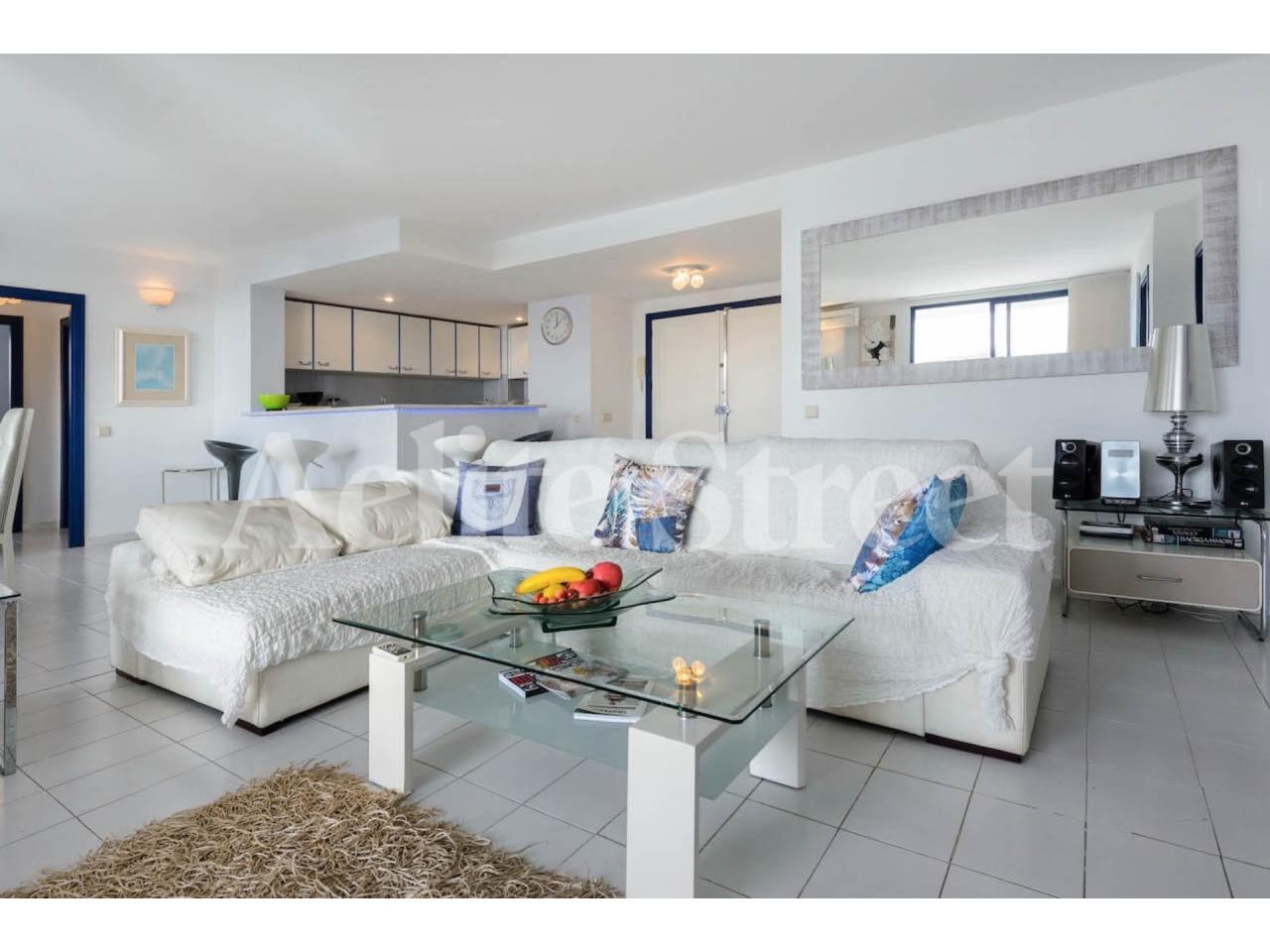 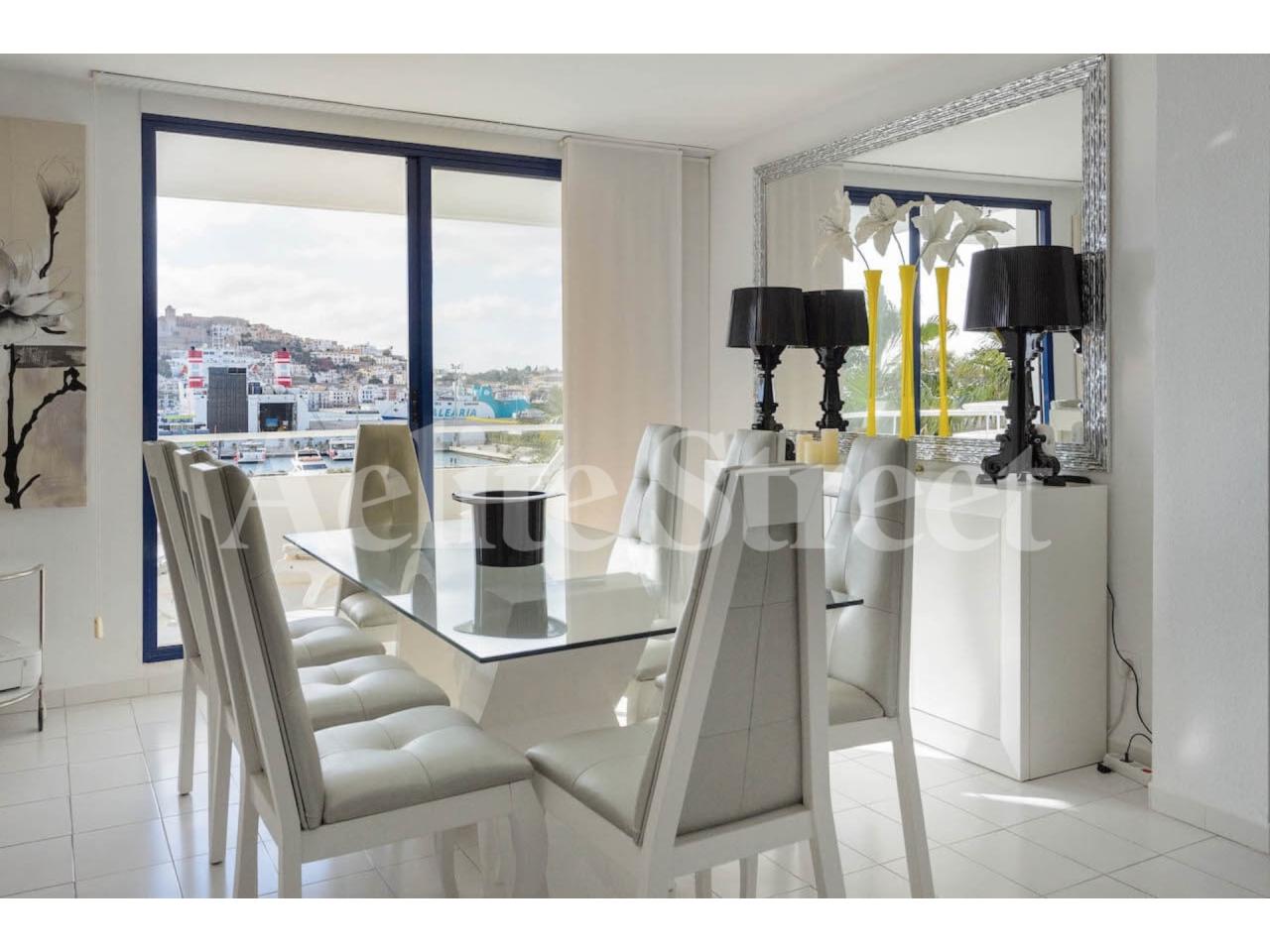 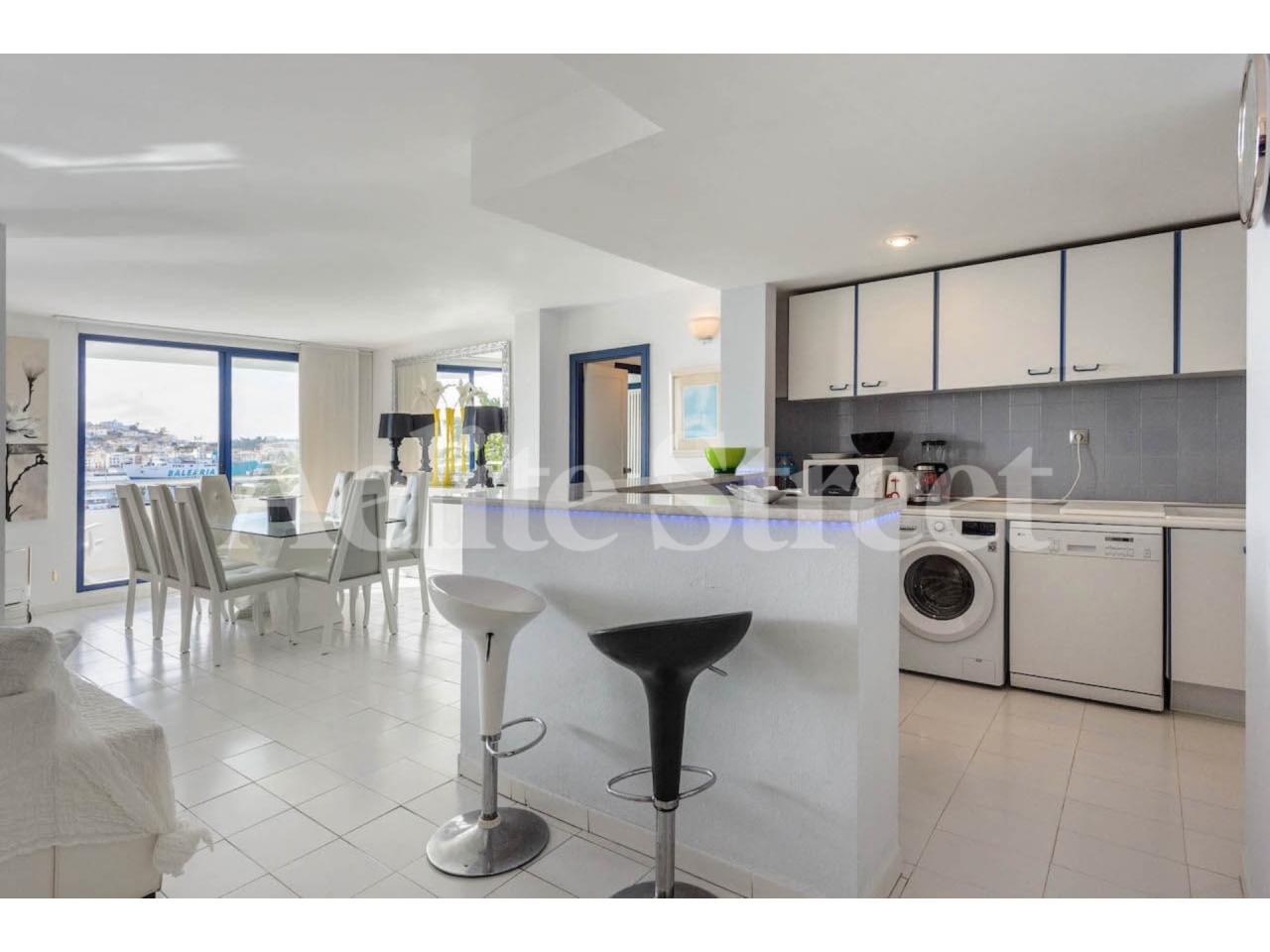 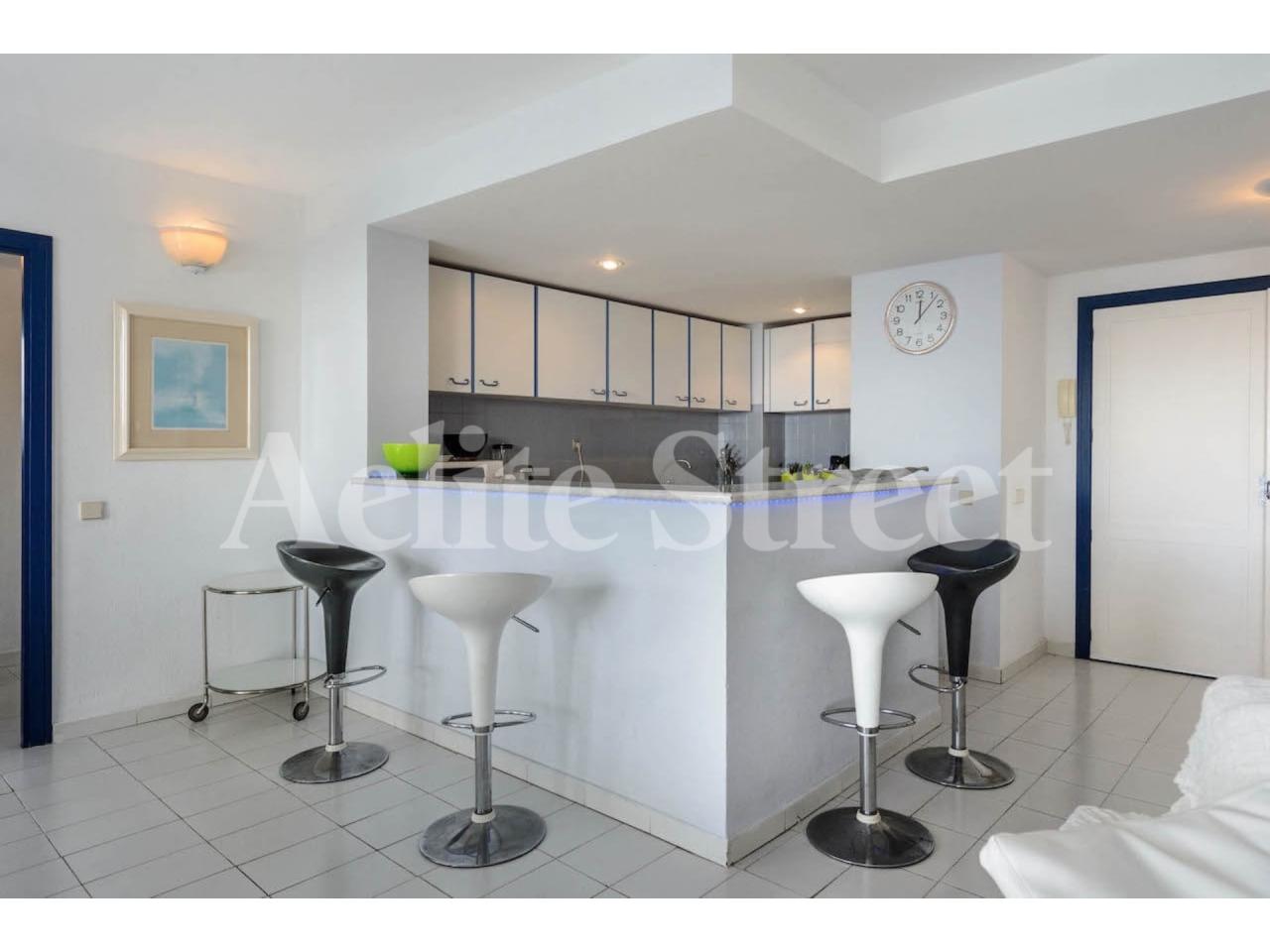 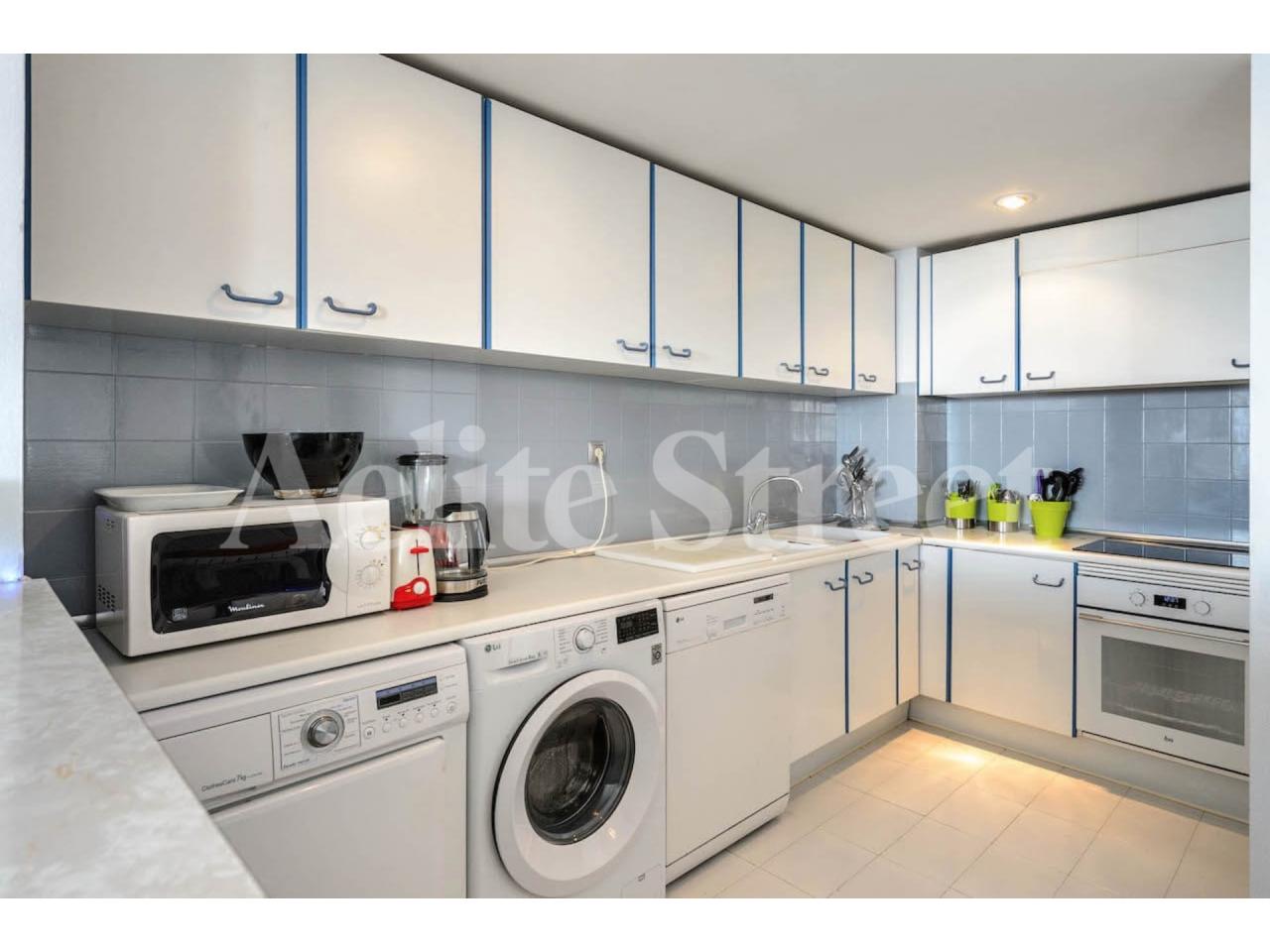 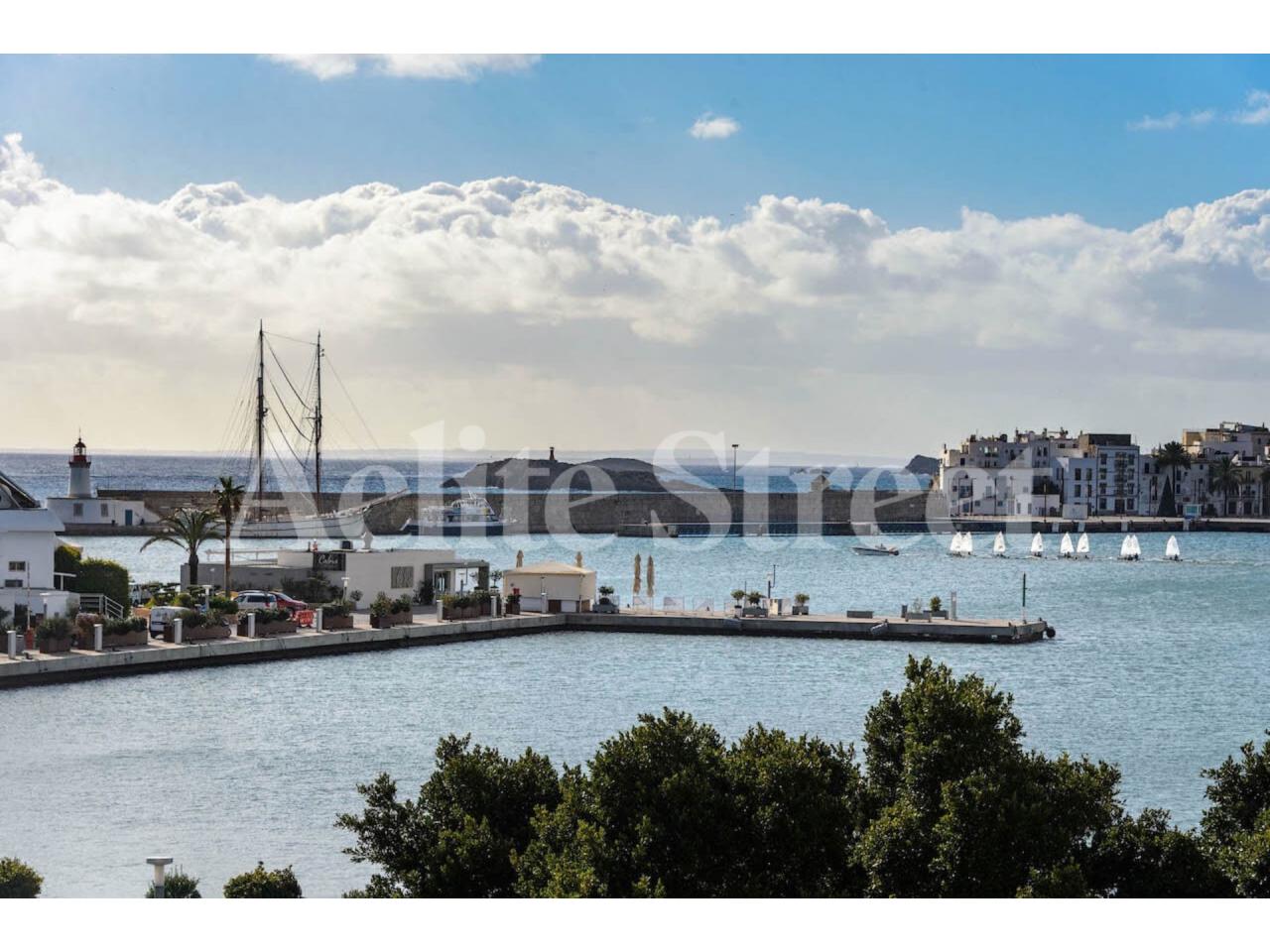 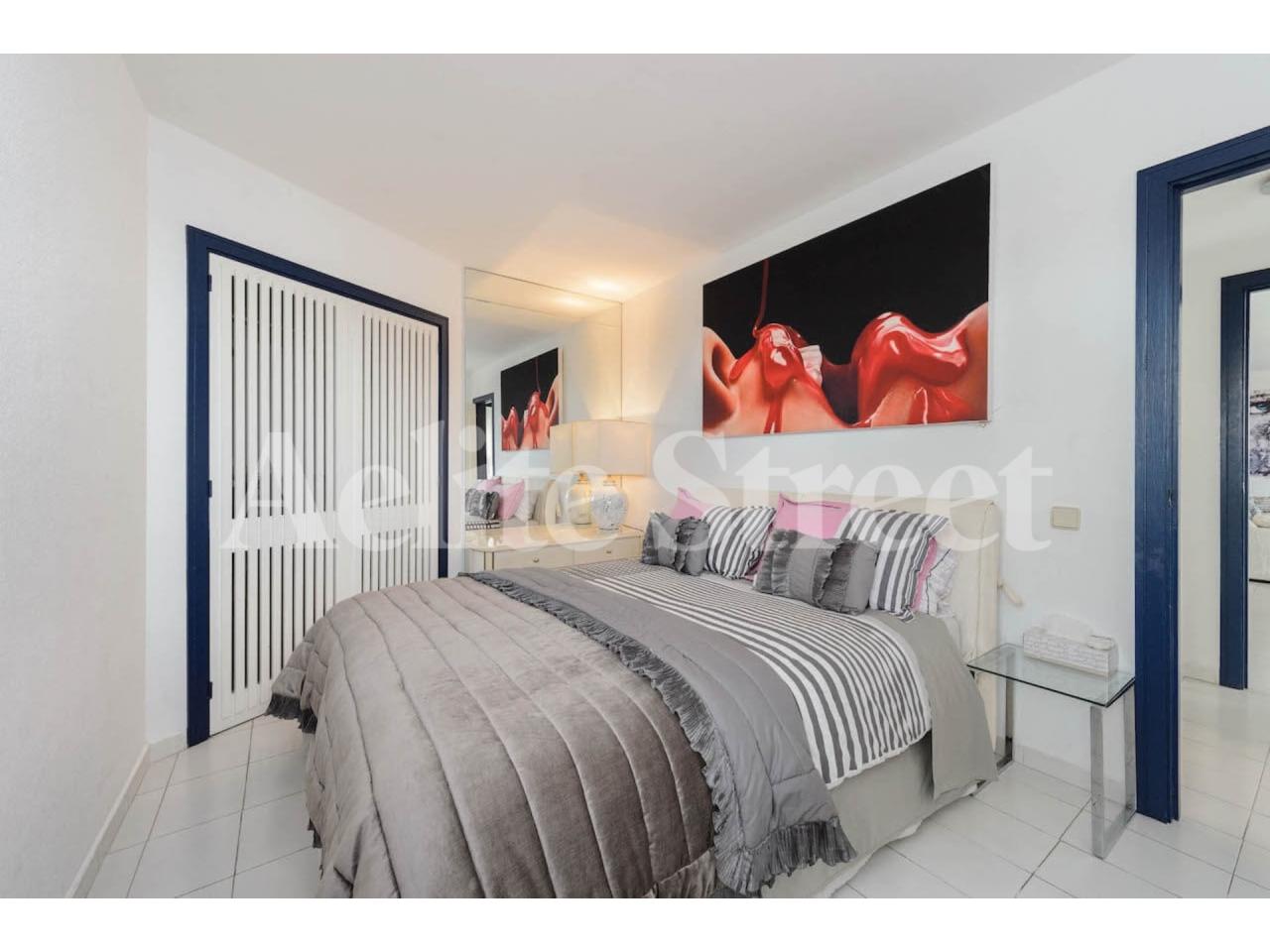 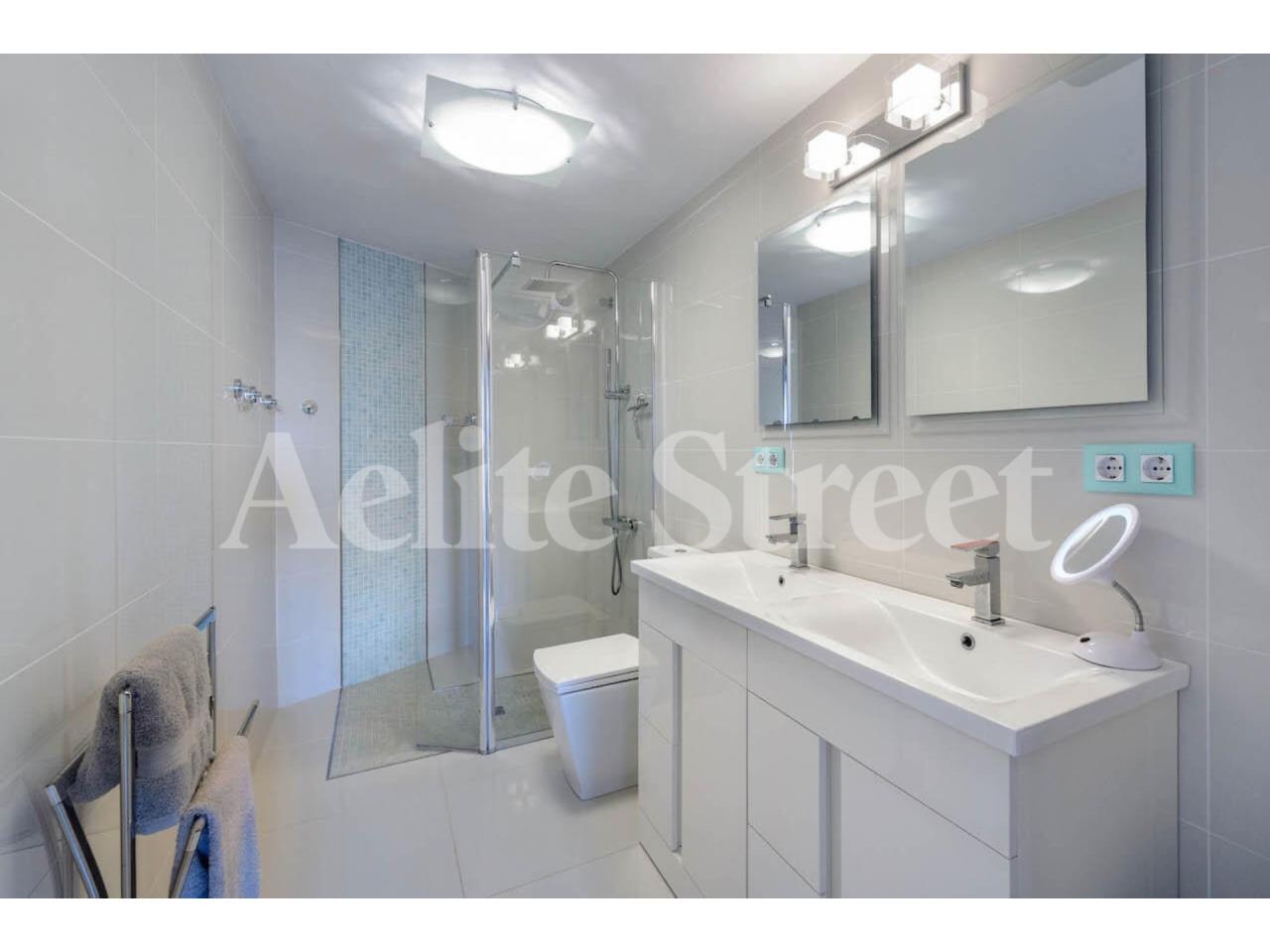 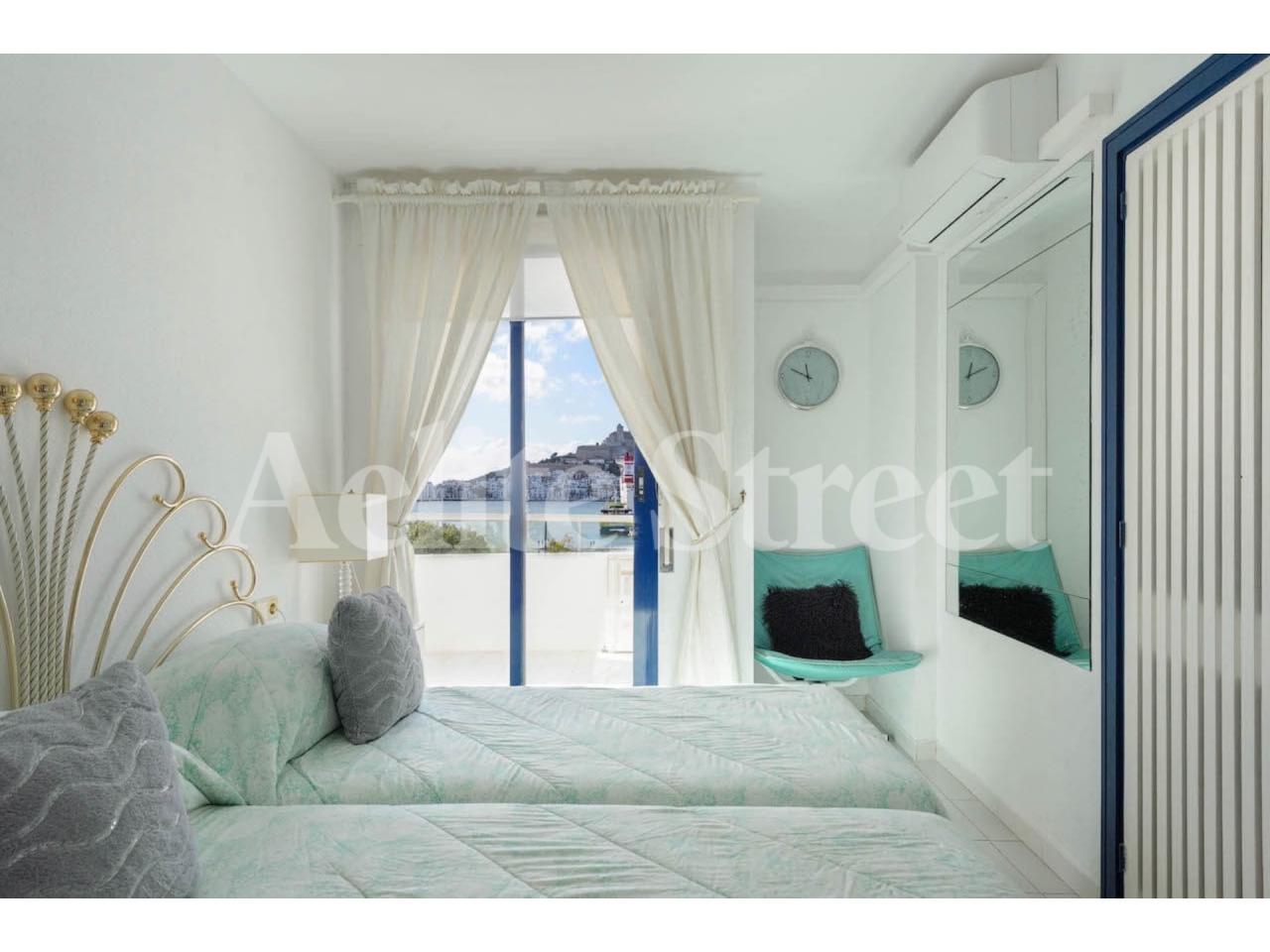 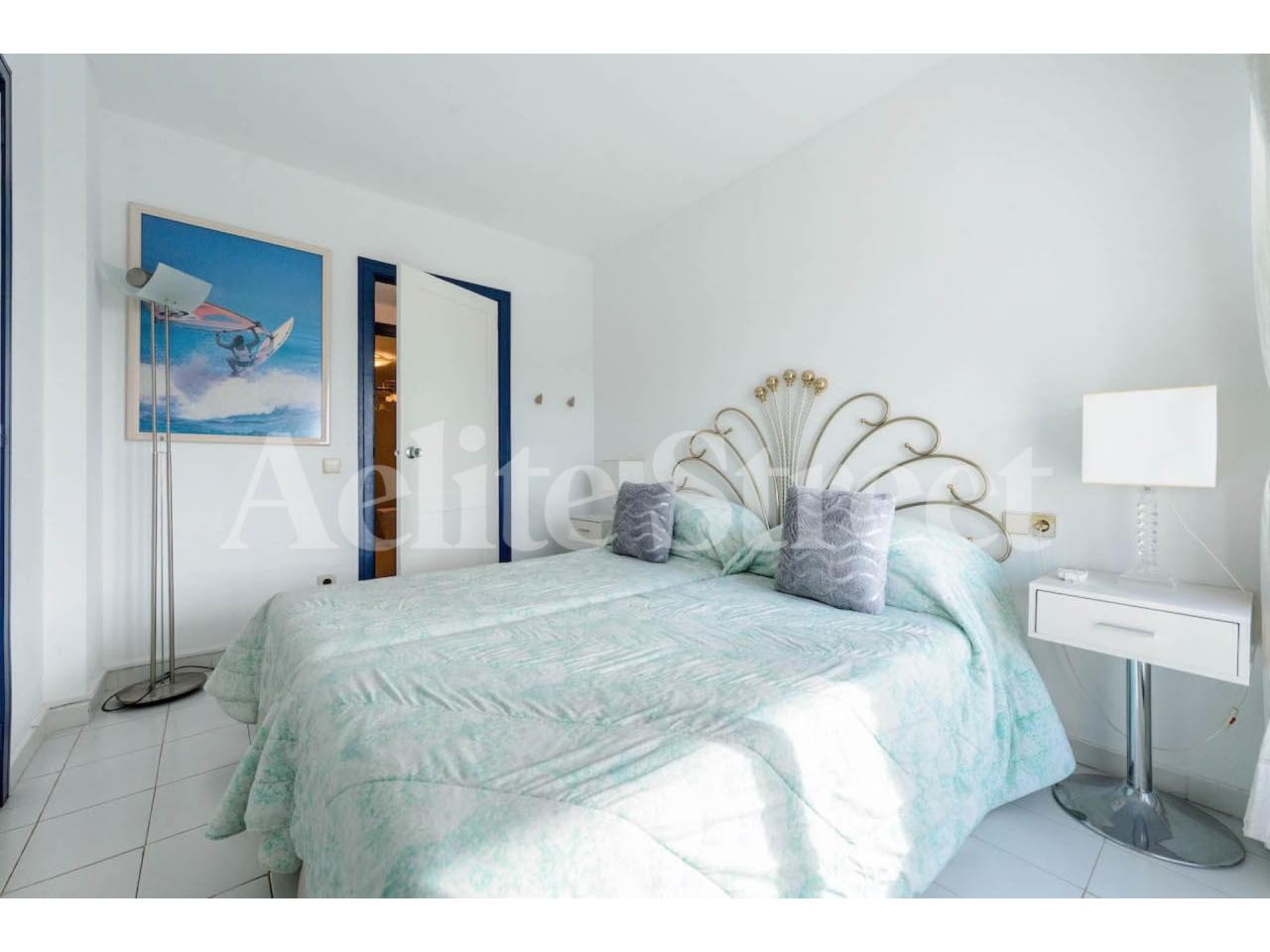 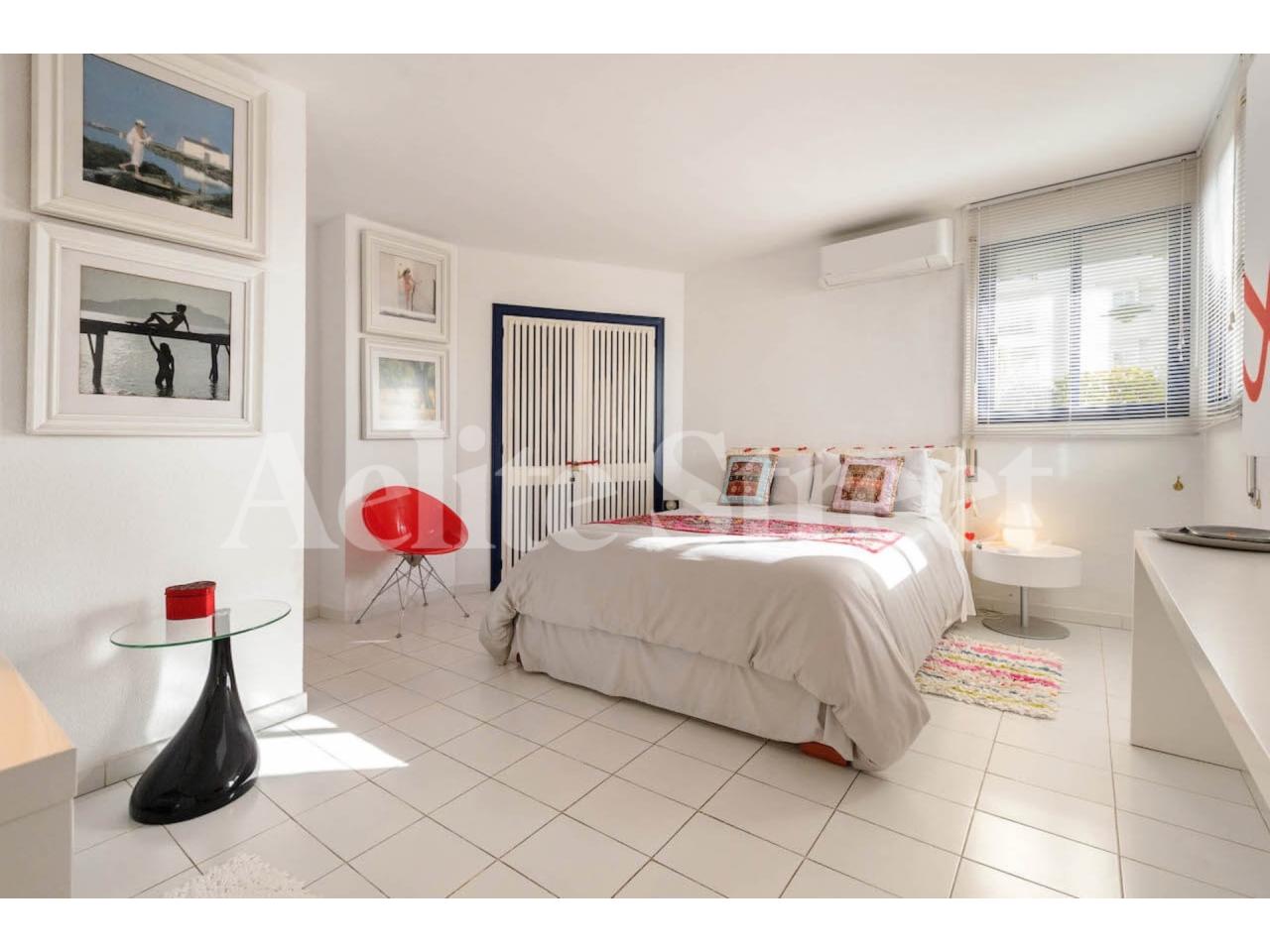 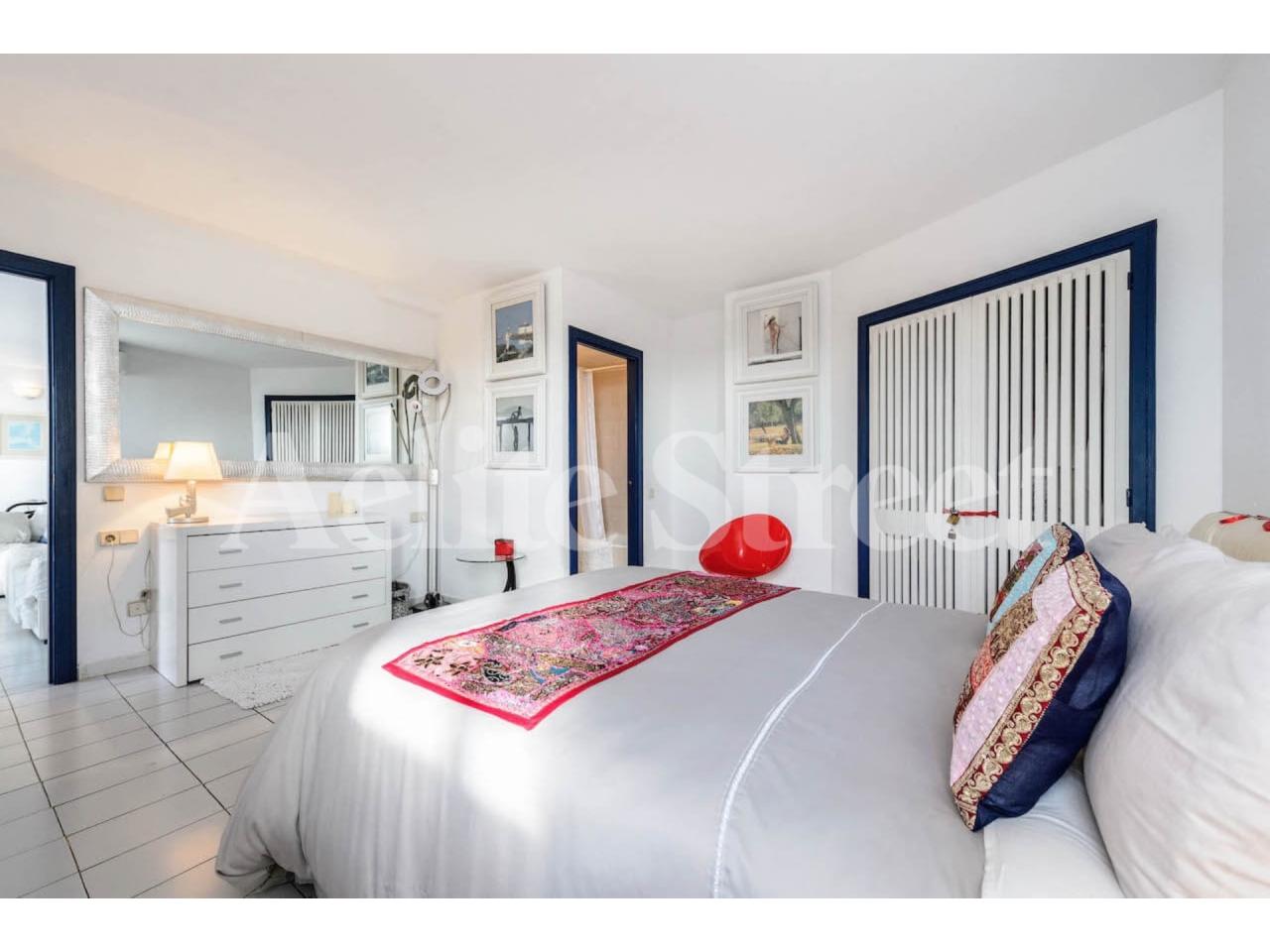 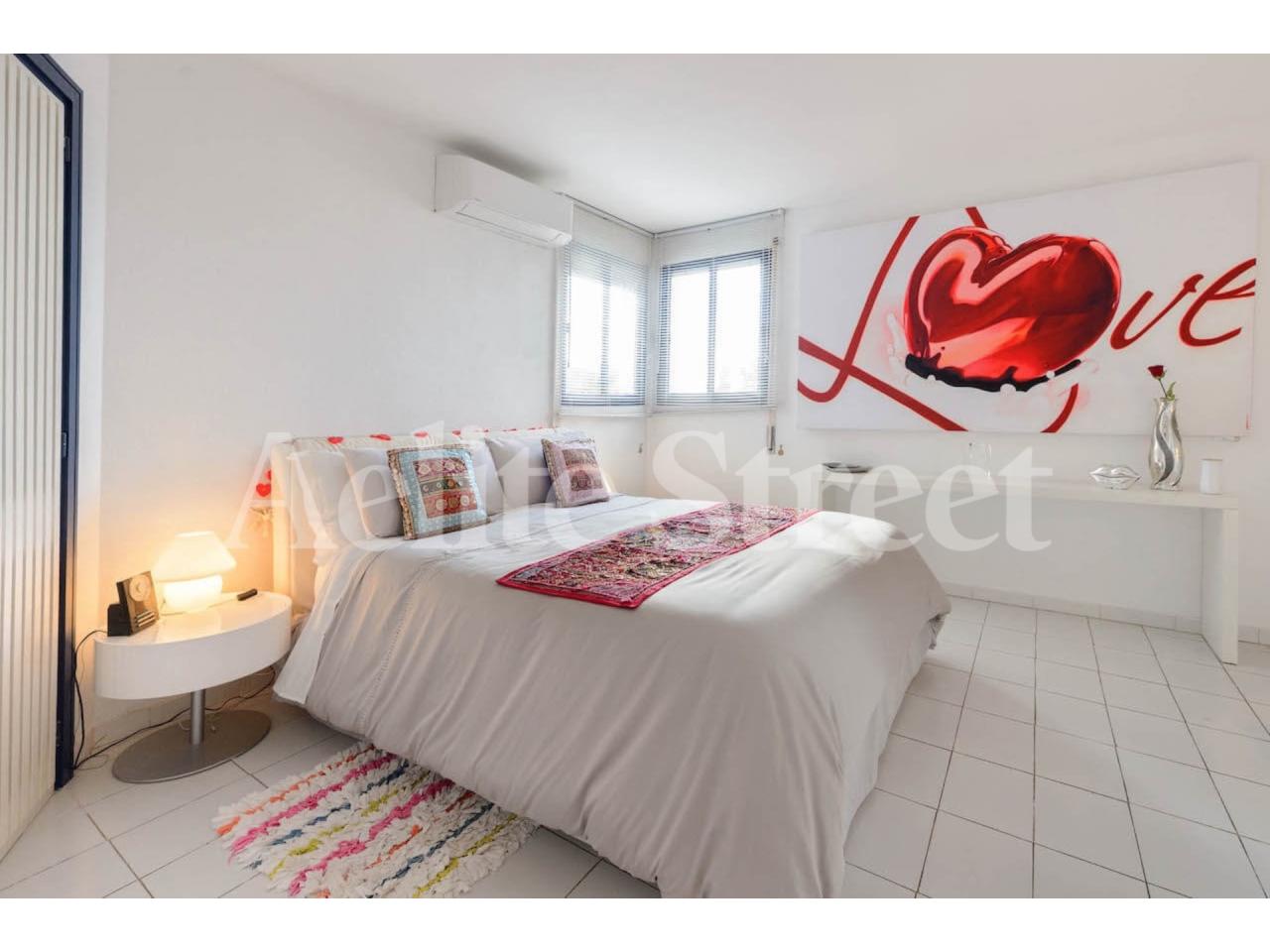 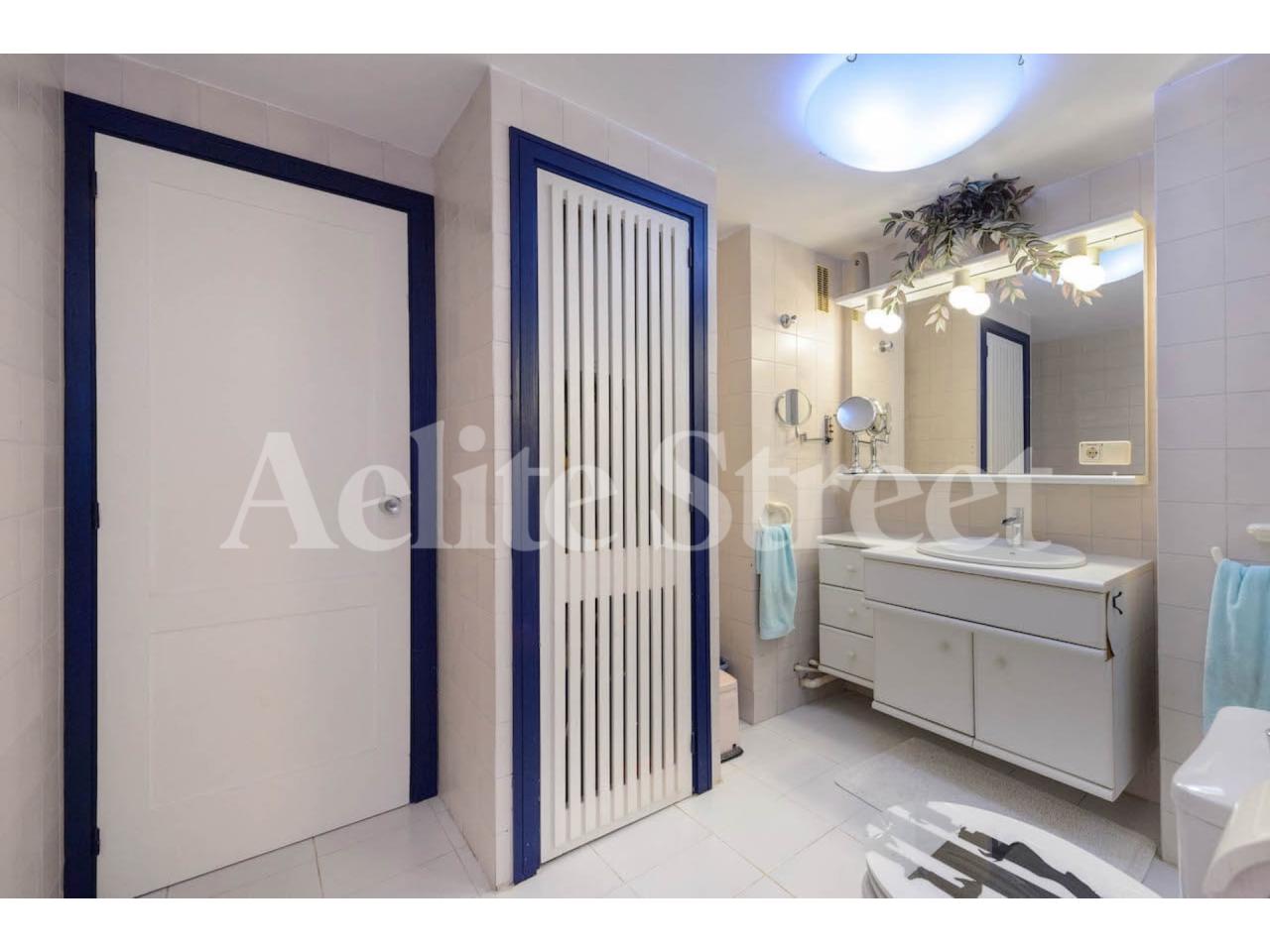 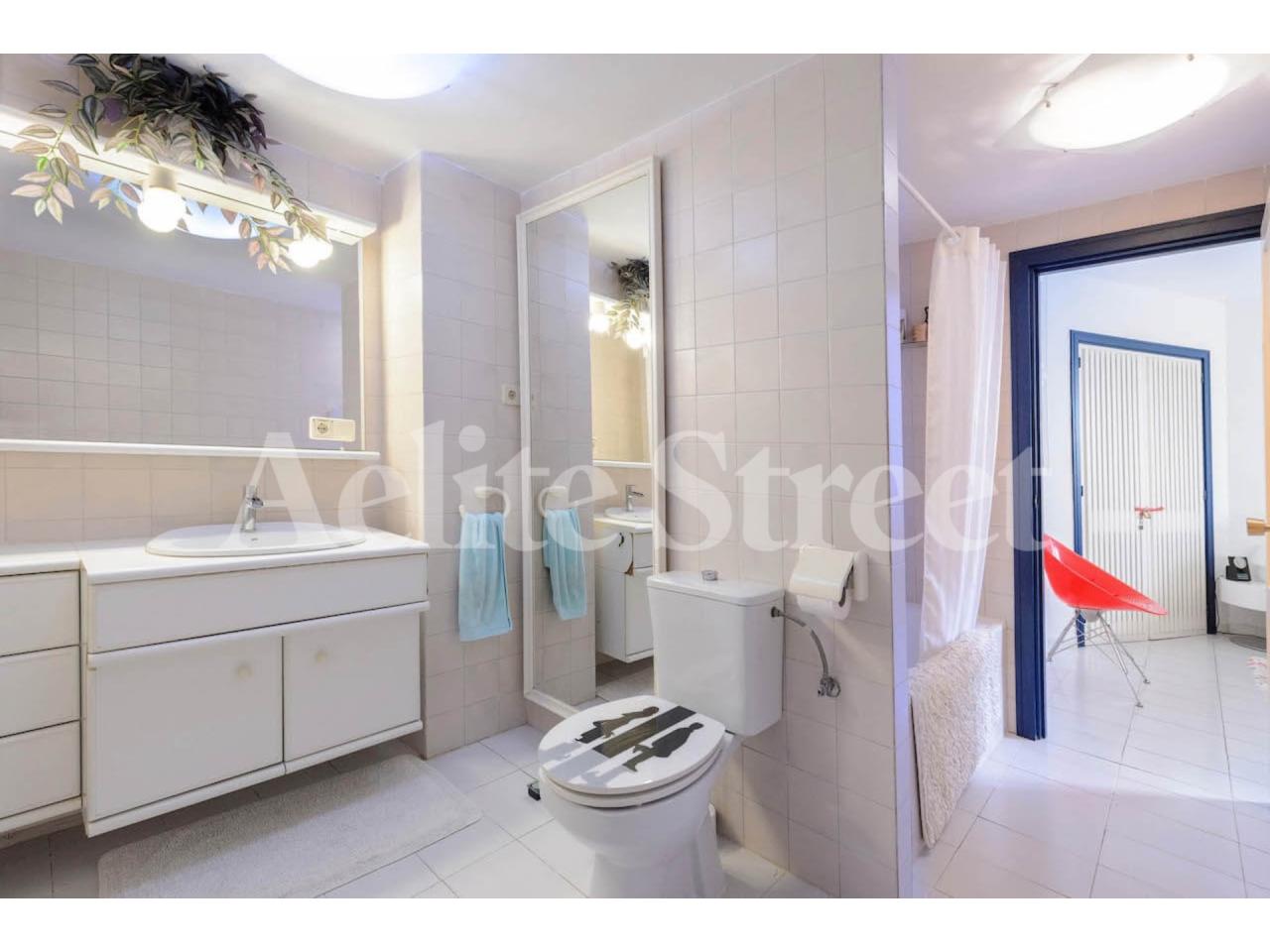 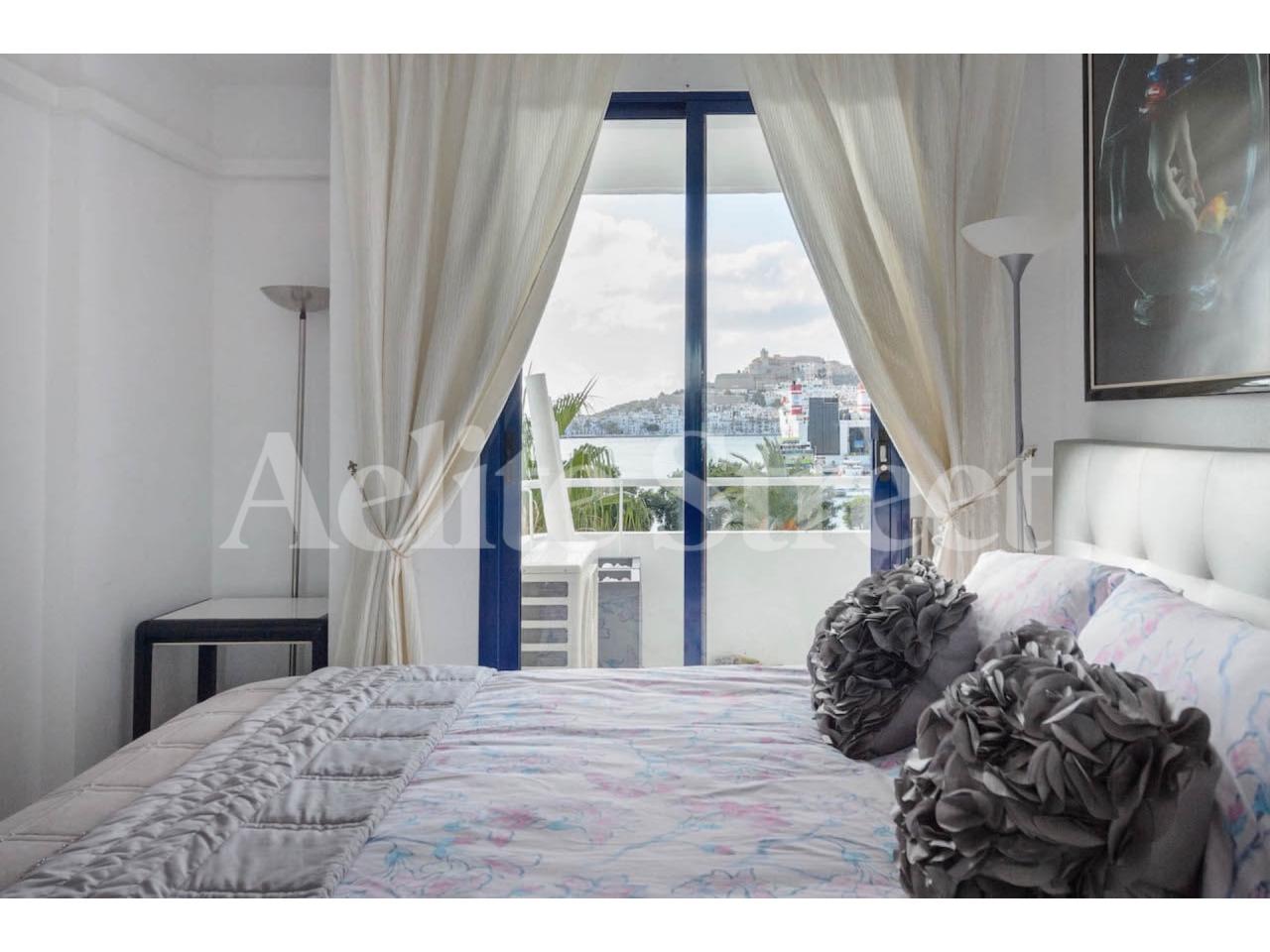 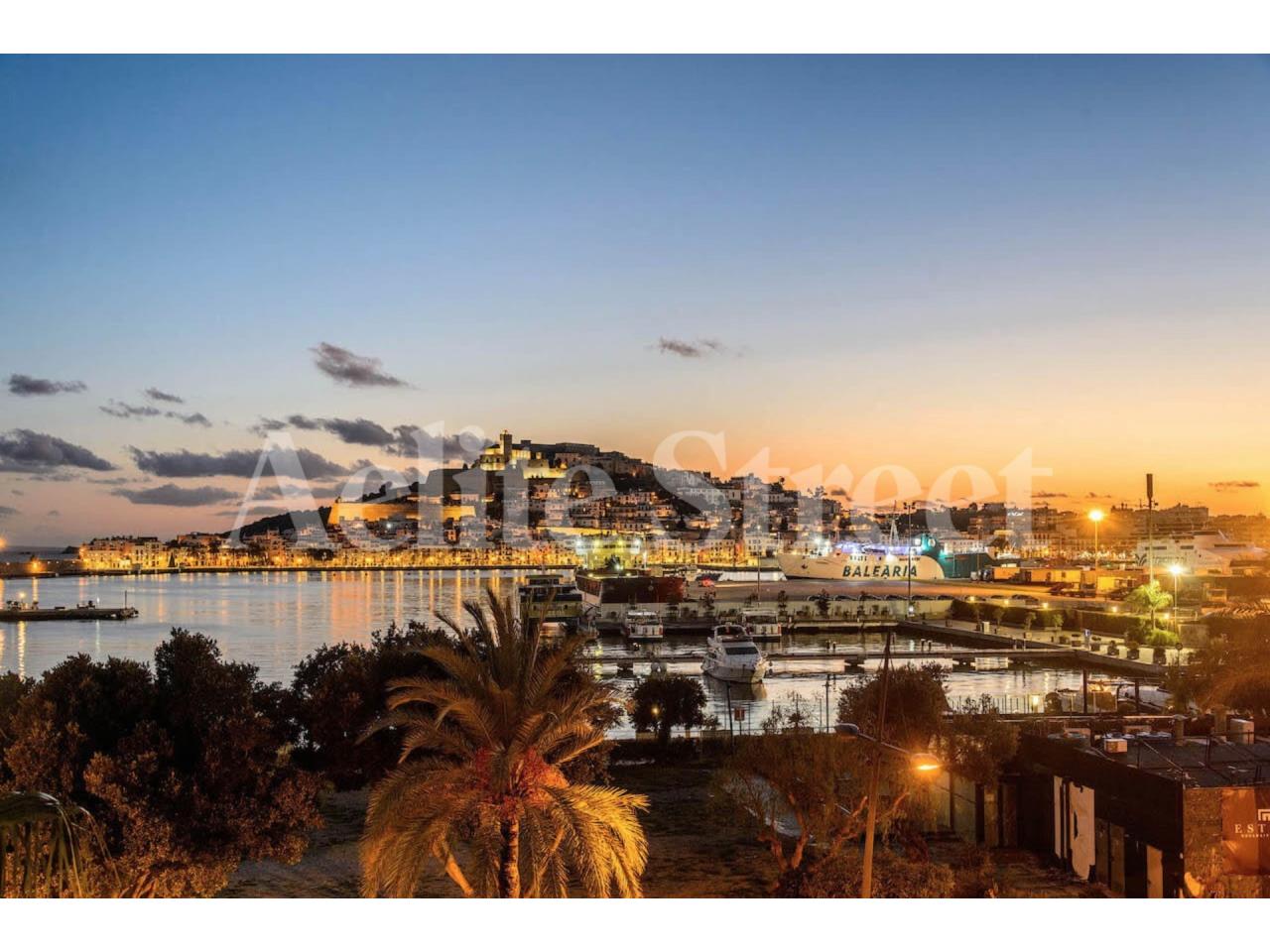 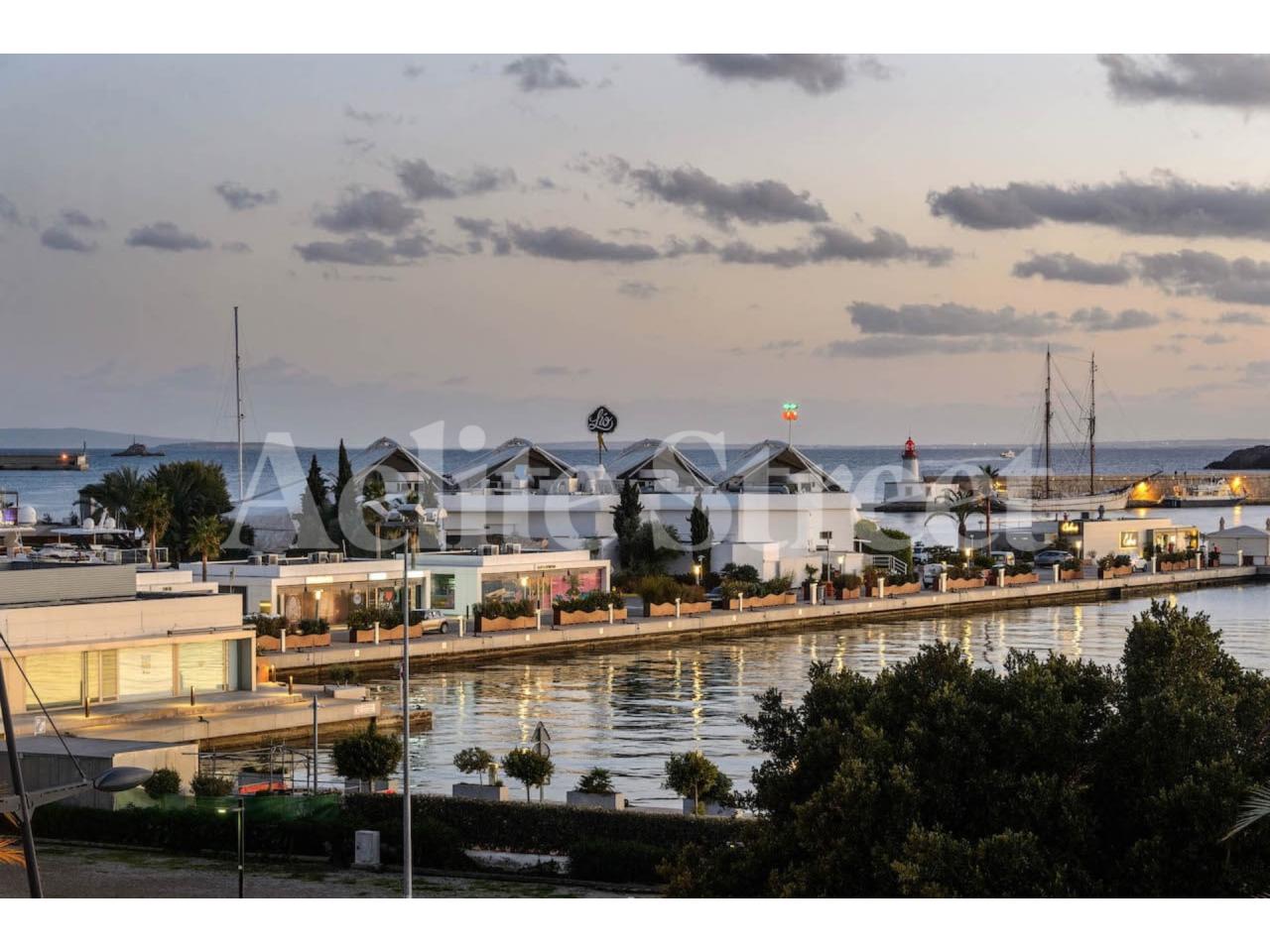 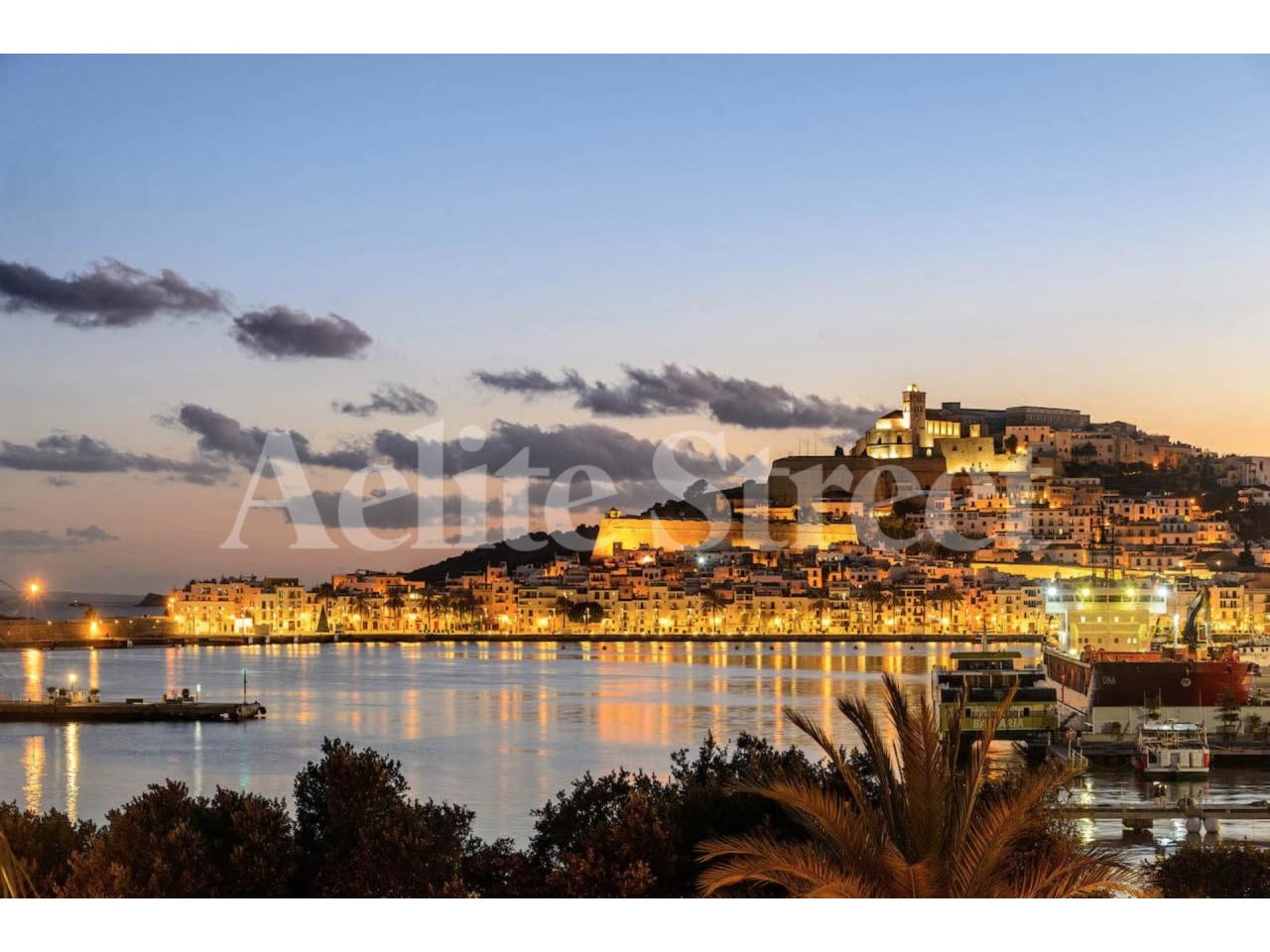 This large 4 double bedroomed luxury apartment for sale of around 150 sqm, with 2 balconies of around 30 sqm, is located on the most exclusive strip in Ibiza, the Paseo Maritimo (th...
RAY´S PLACE
Marina Botofoch

This large 4 double bedroomed luxury apartment for sale of around 150 sqm, with 2 balconies of around 30 sqm, is located on the most exclusive strip in Ibiza, the Paseo Maritimo (the ‘Golden Mile’).
South facing and front line to the action, with two double fronted balconies, the apartment occupies the total front floor of the building offering all day sun and privacy. Two of the bedrooms also have direct access to their own balconies, and there are amazing views as well from the open plan modern kitchen.

Previously two apartments knocked into one, the grand double entrance on the 4th floor is reached via a long private hallway. Every room has a sea view and could not be closer to the Marina Ibiza and the luxury yacht moorings. The apartment overlooks the bay of Ibiza and Dalt Vila, the Cathedral and Monastery, being a World Heritage site by UNESCO, with views of Formentera out to sea and the mountains of Ibiza to the other side for beautiful evening Sunsets.
By day you can simply choose to relax on the balcony watching the multi-million pound Super Yachts and day cruisers coming in and out of the harbour, directly in front of you.
The apartment comes fully furnished (including the 50 inch Plasma TV) and ready to move into, has new air conditioning and heating throughout with separate controls for each bedroom, and fully fitted wardrobes.
The open plan kitchen and living and dining areas lend themselves easily to entertaining.

There is a beautiful communal pool, very private and for use just by the residents of this development and consequently, even in the summer it can be very peaceful.
Very in demand in this area are car park spaces, and this apartment not only comes with one space, but also with the potential for obtaining a second one.

There is also 24 hour security in the building.

For the Summer months Ibiza Town (Eivissa) is the centre of the world, or so it seems. Celebrities falling over each other, and billionaires playing the ‘my boat is bigger than your boat’ game in the newly refurbished marinas.