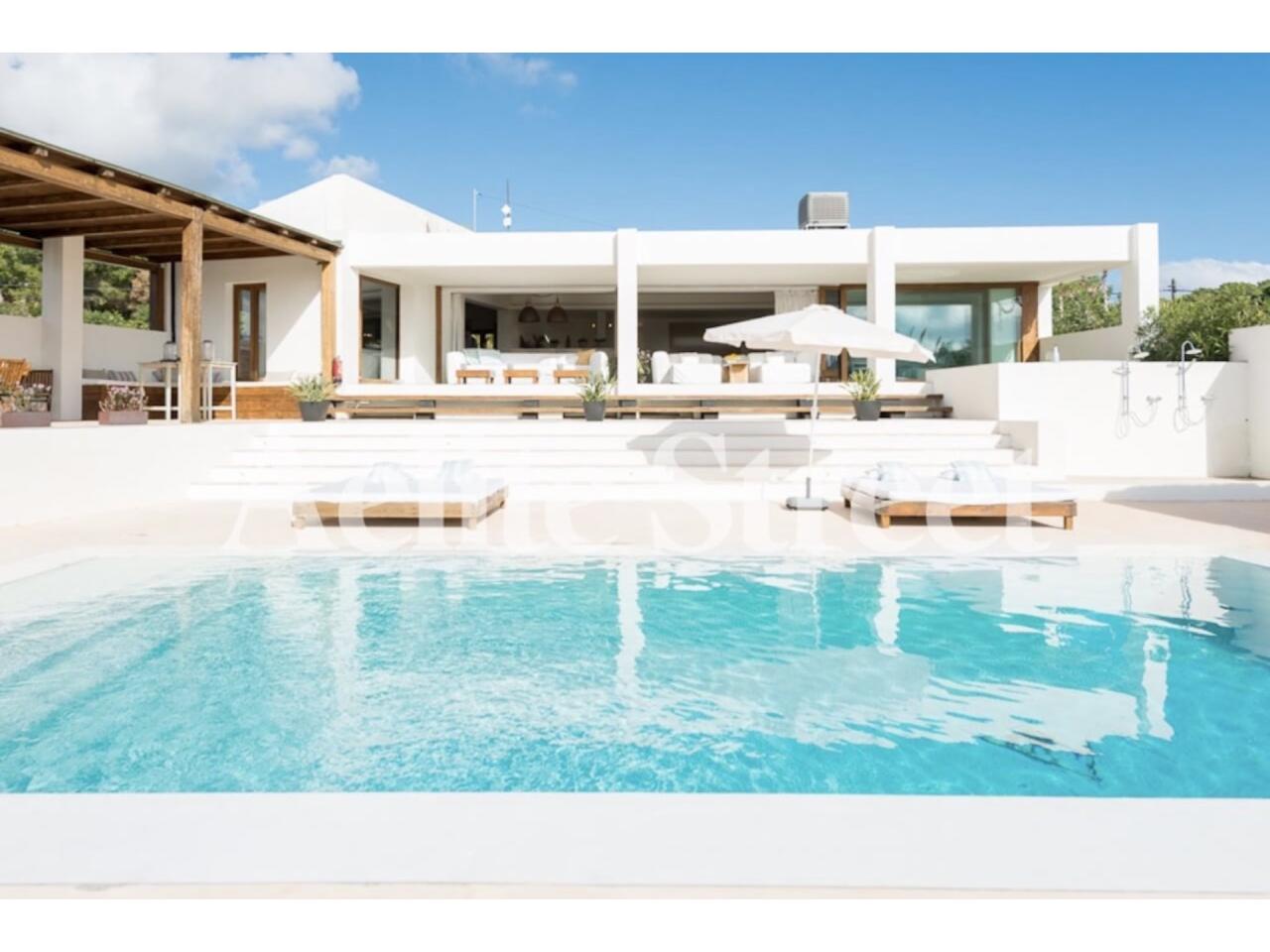 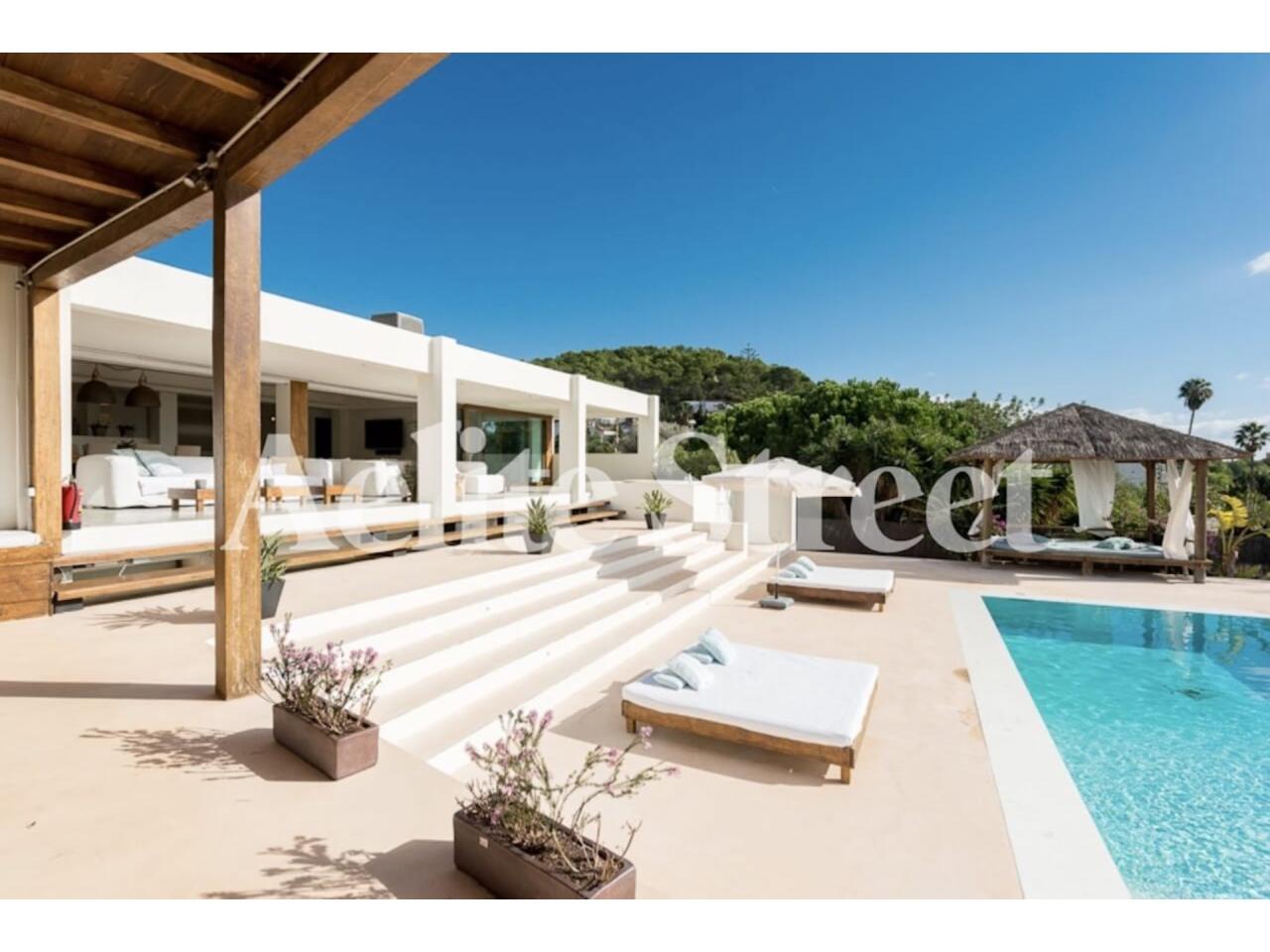 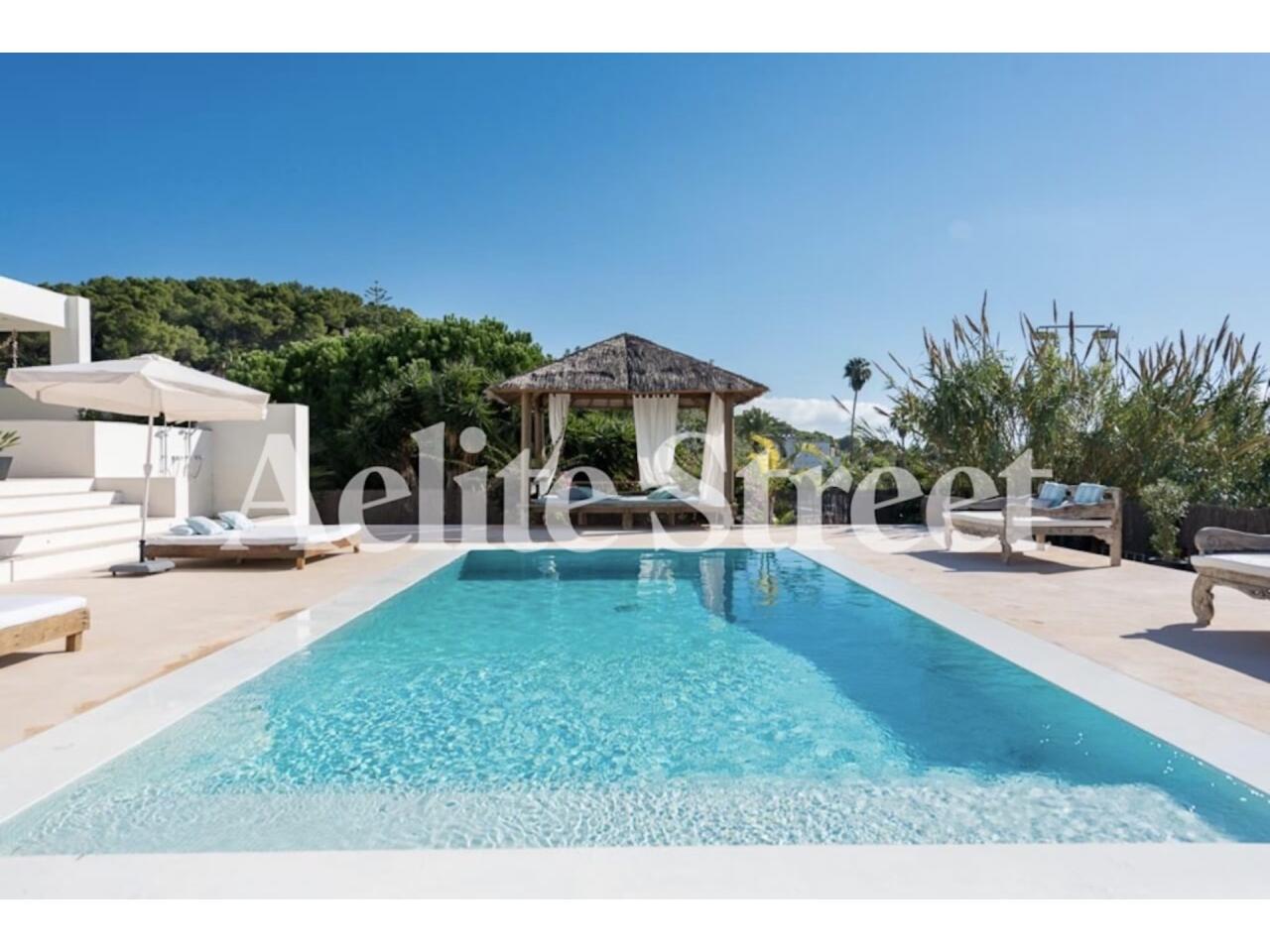 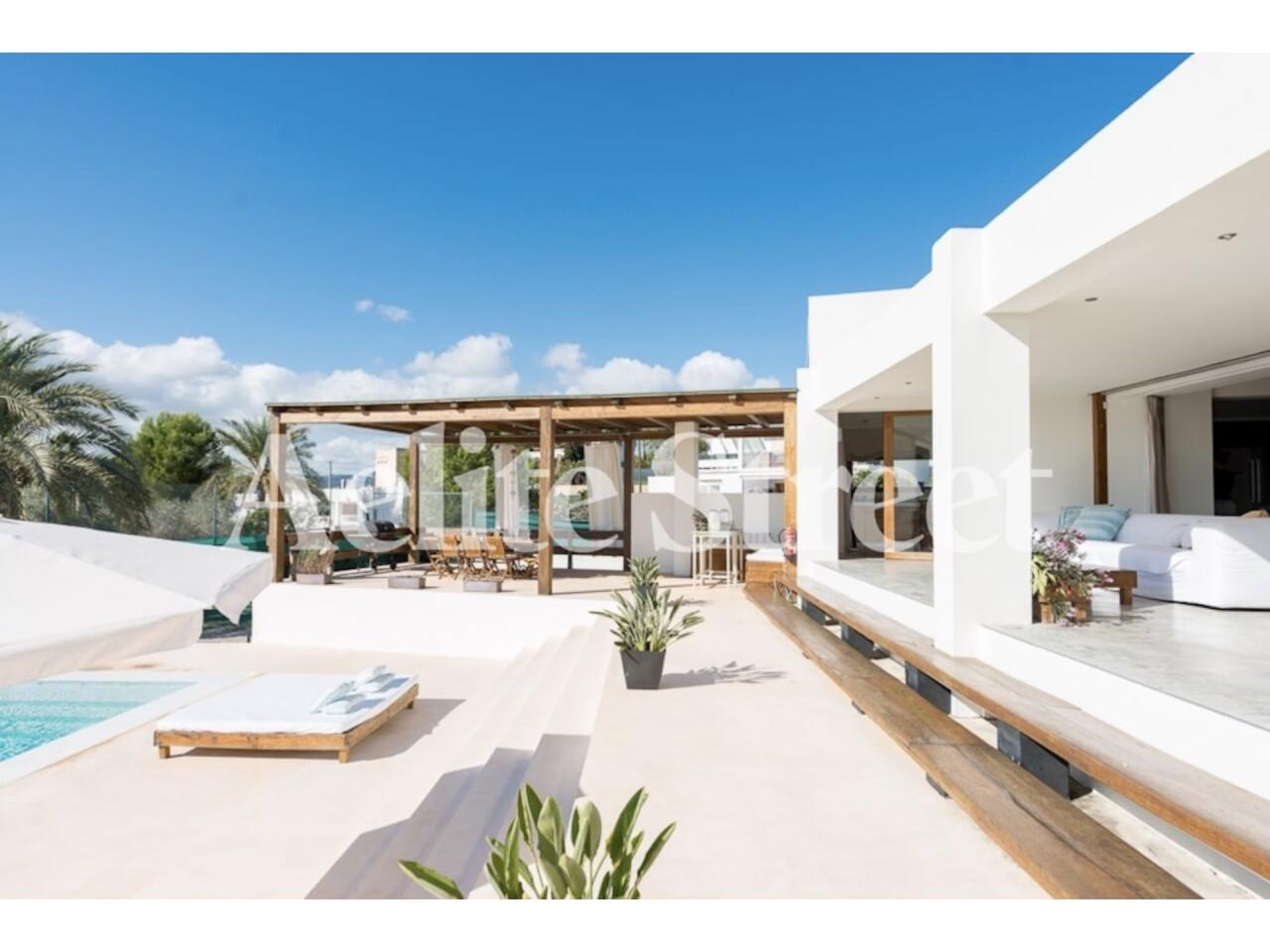 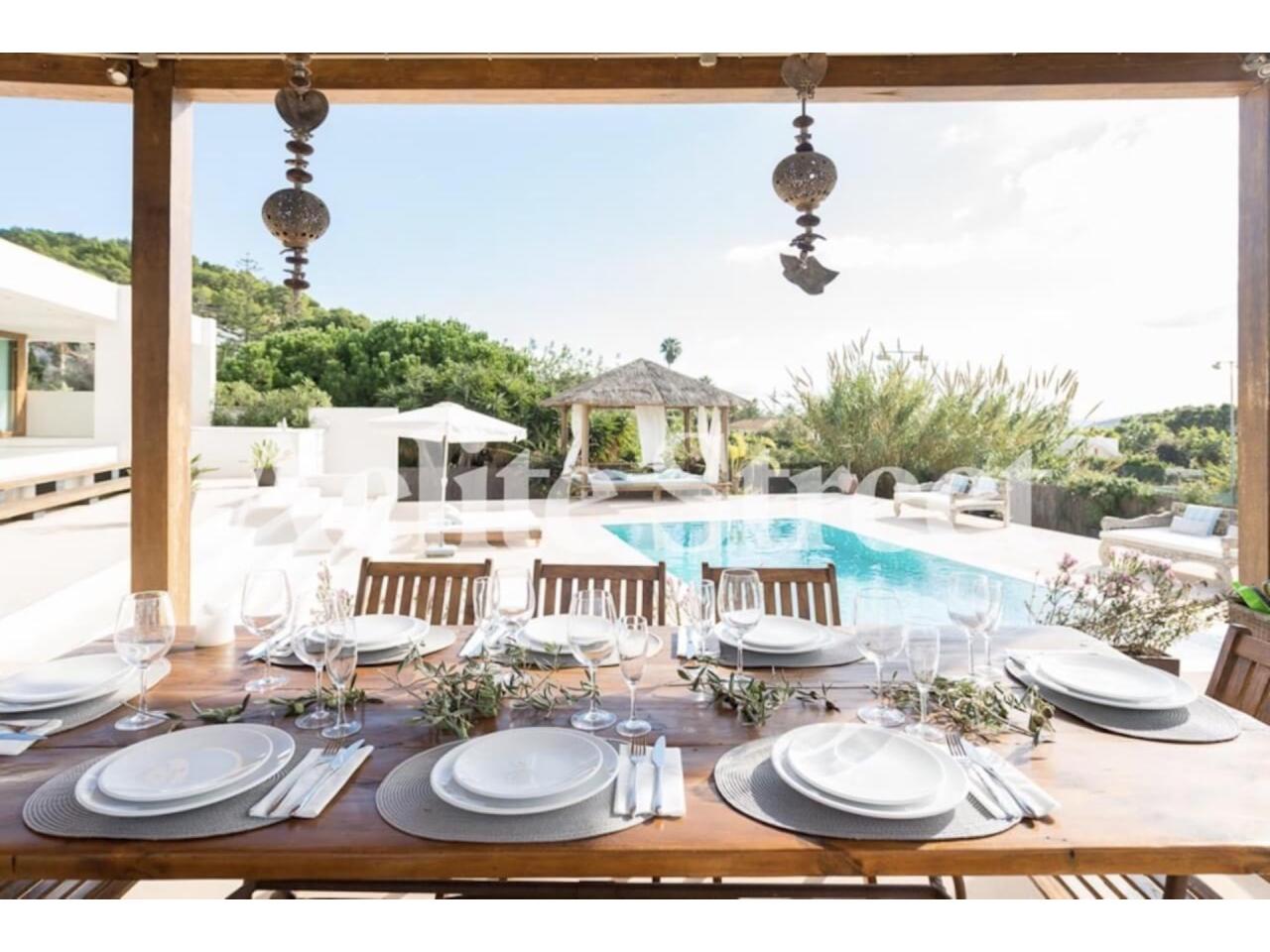 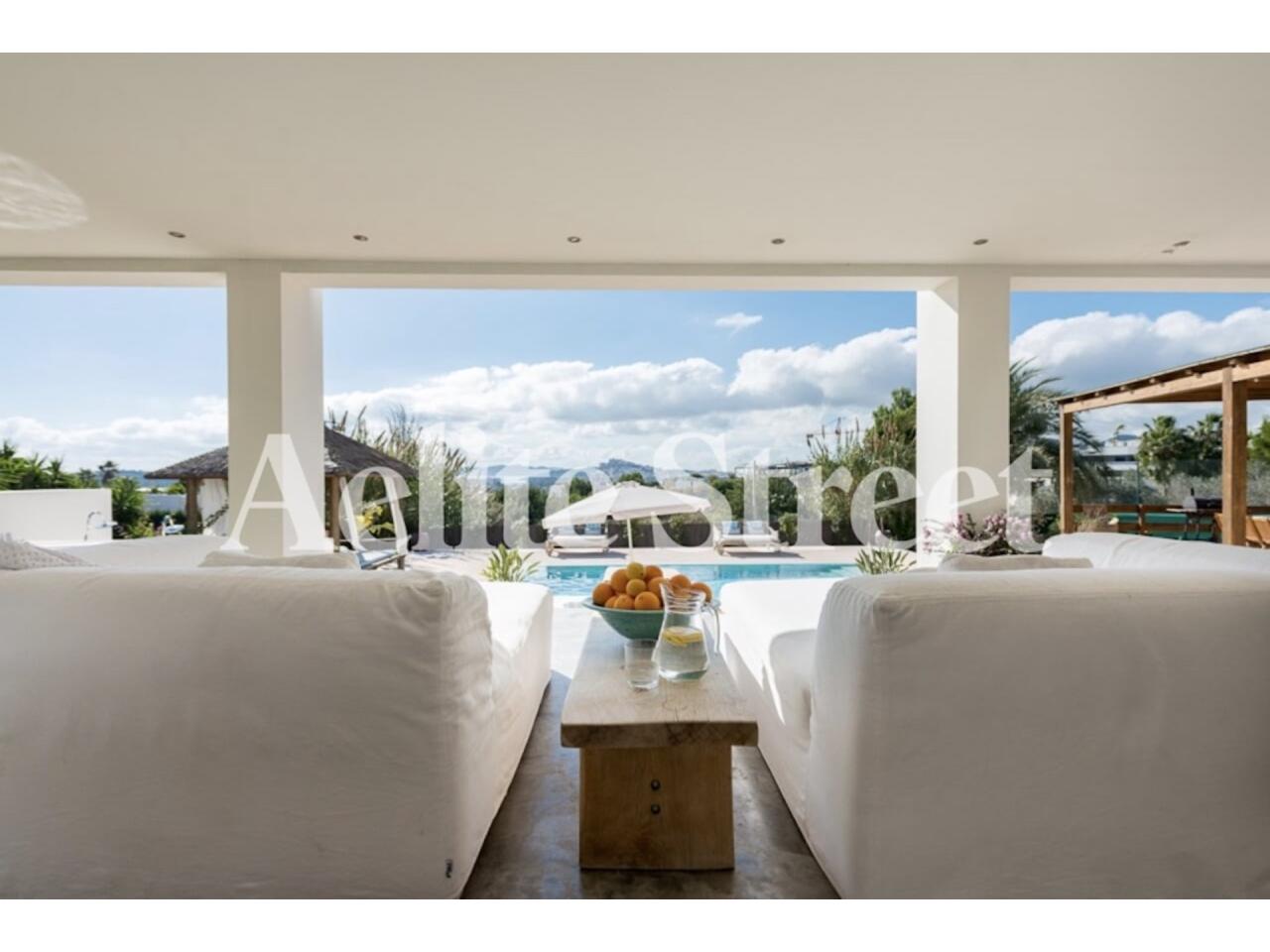 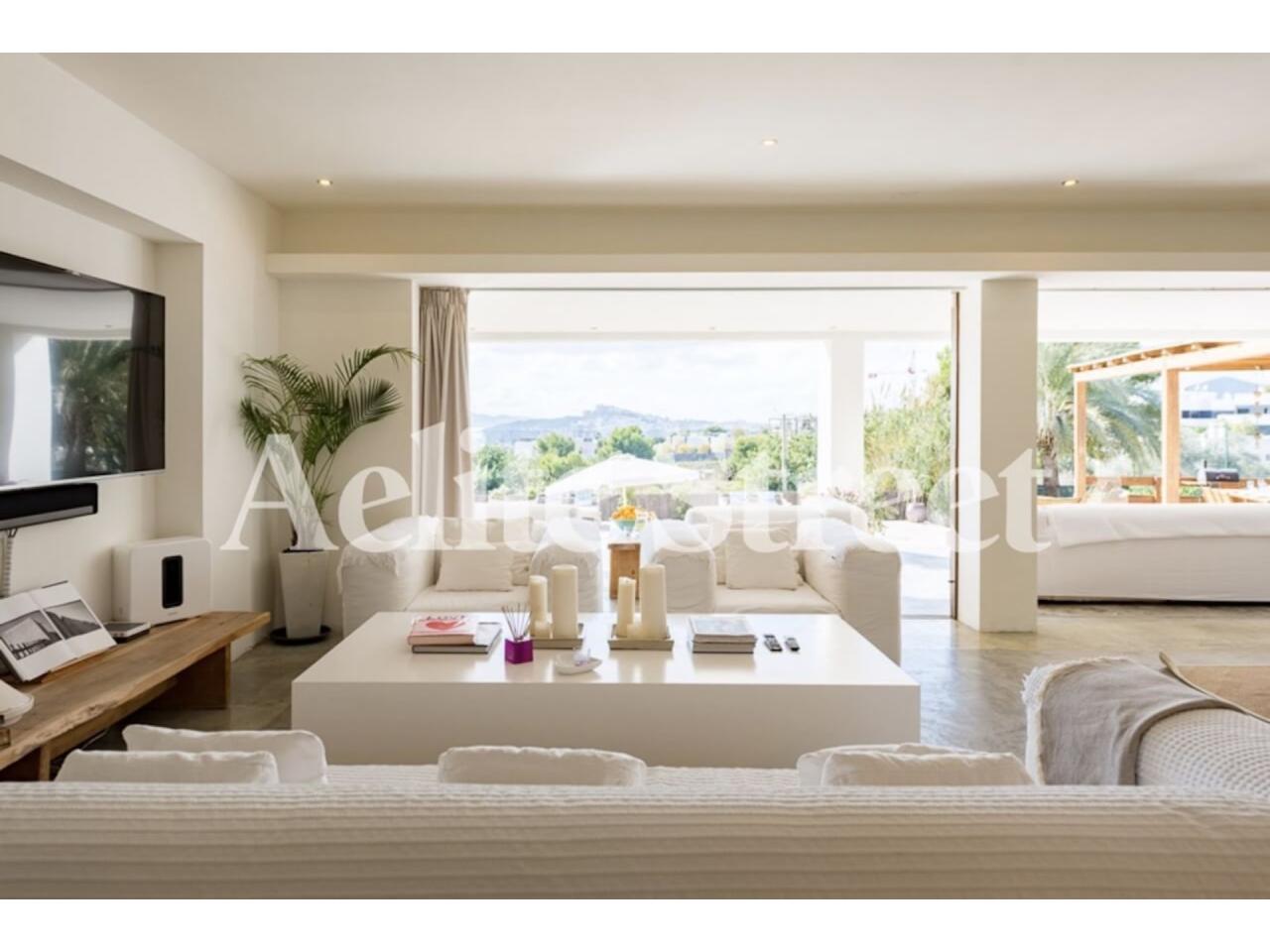 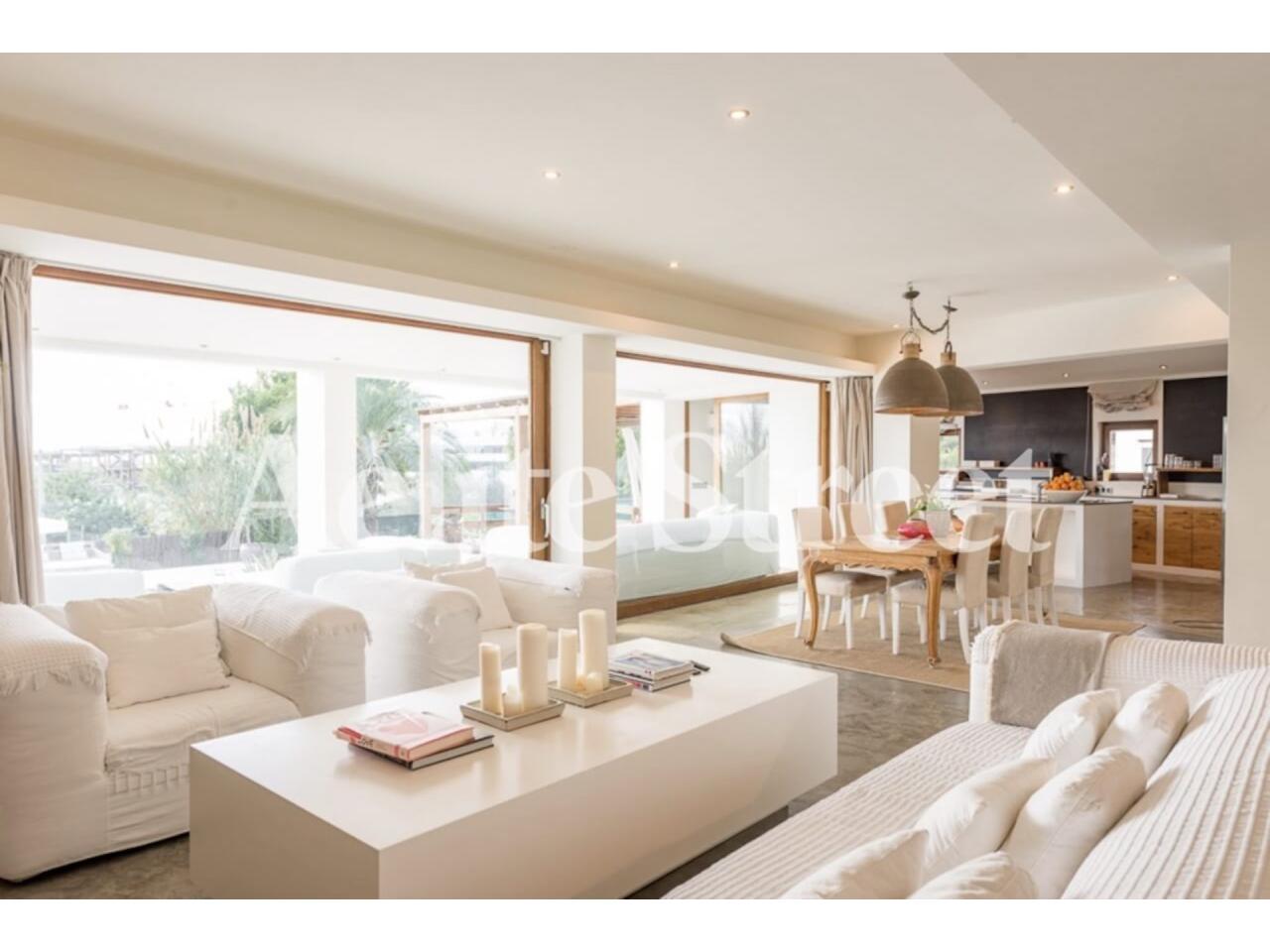 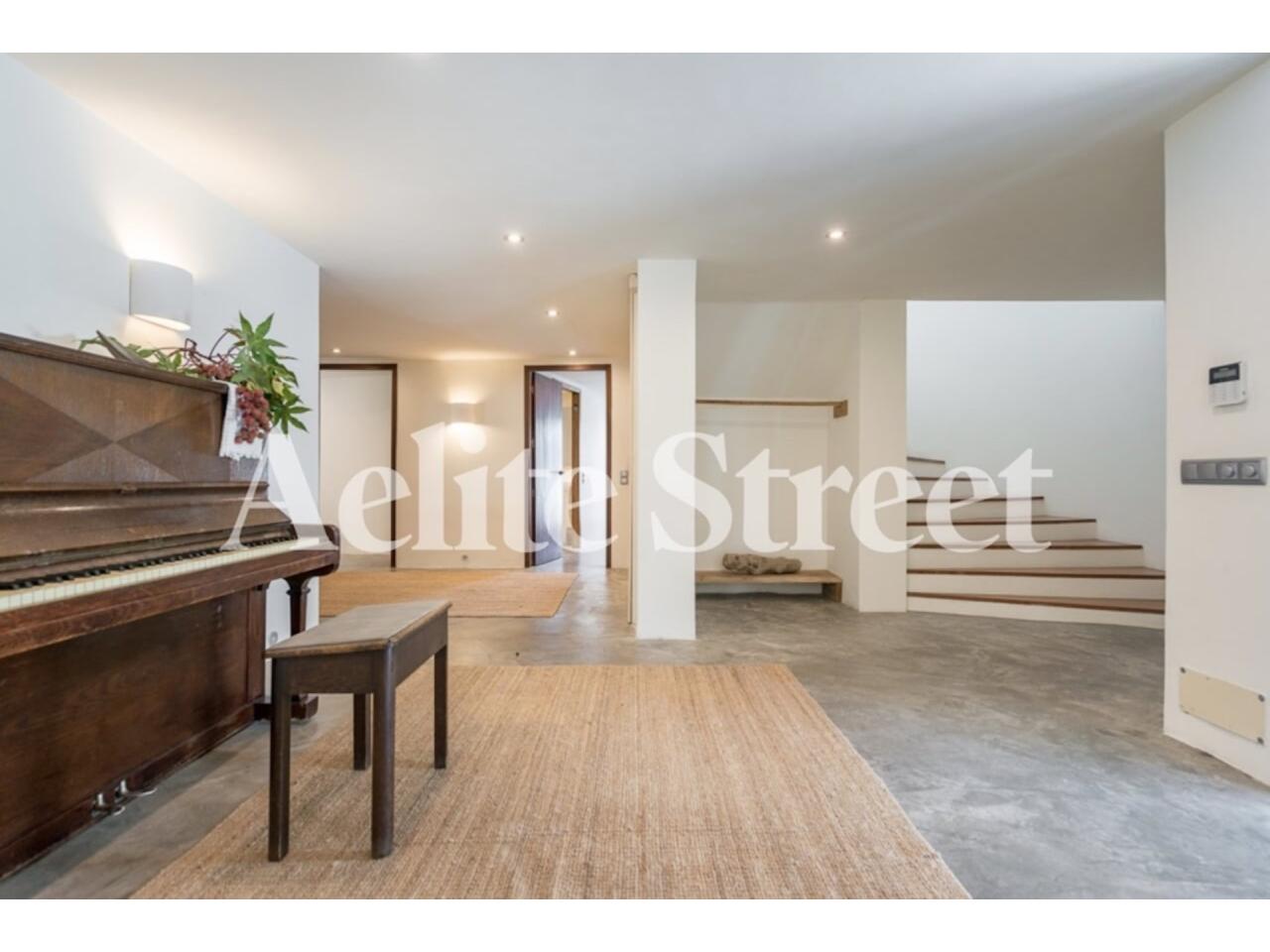 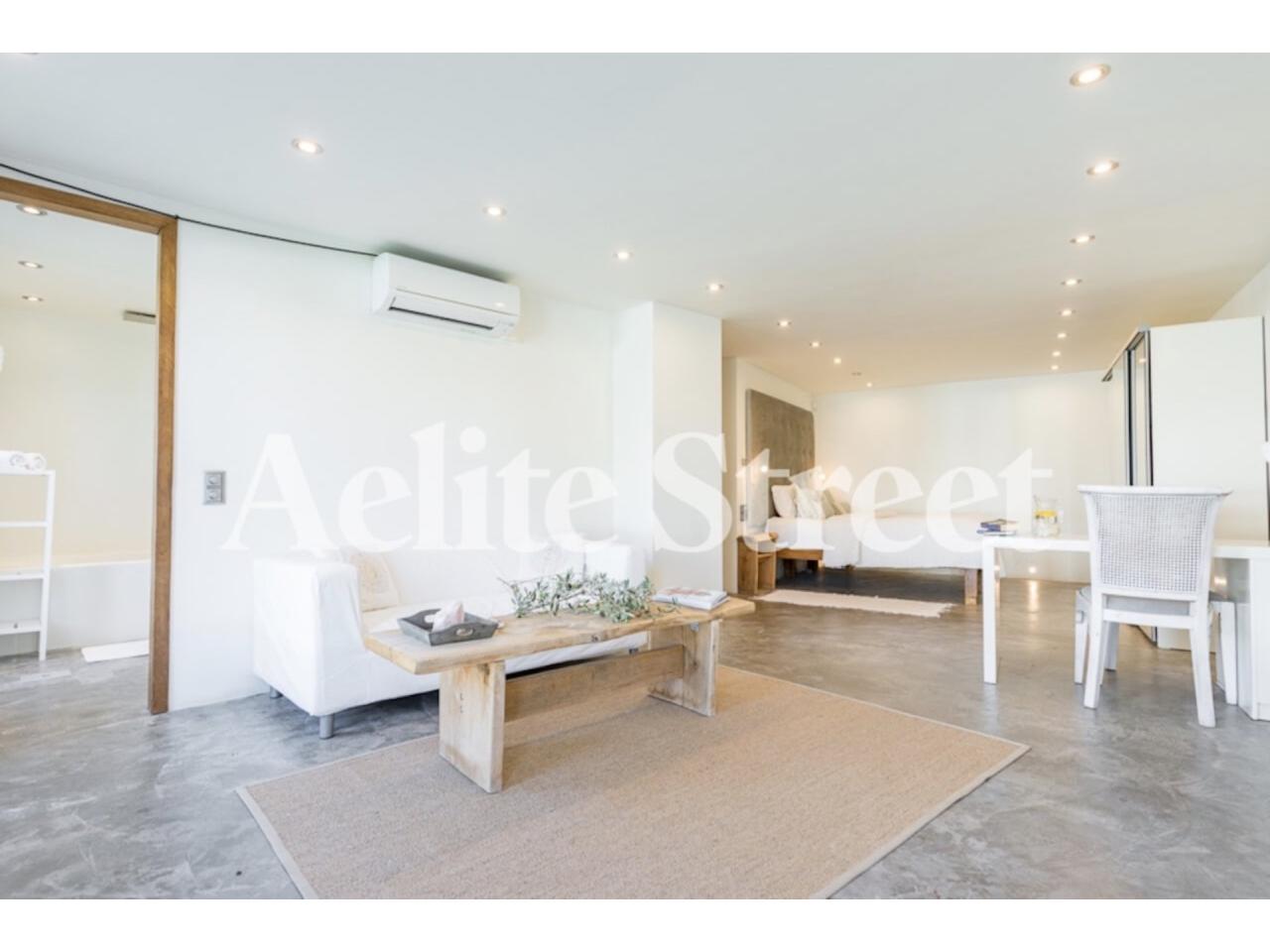 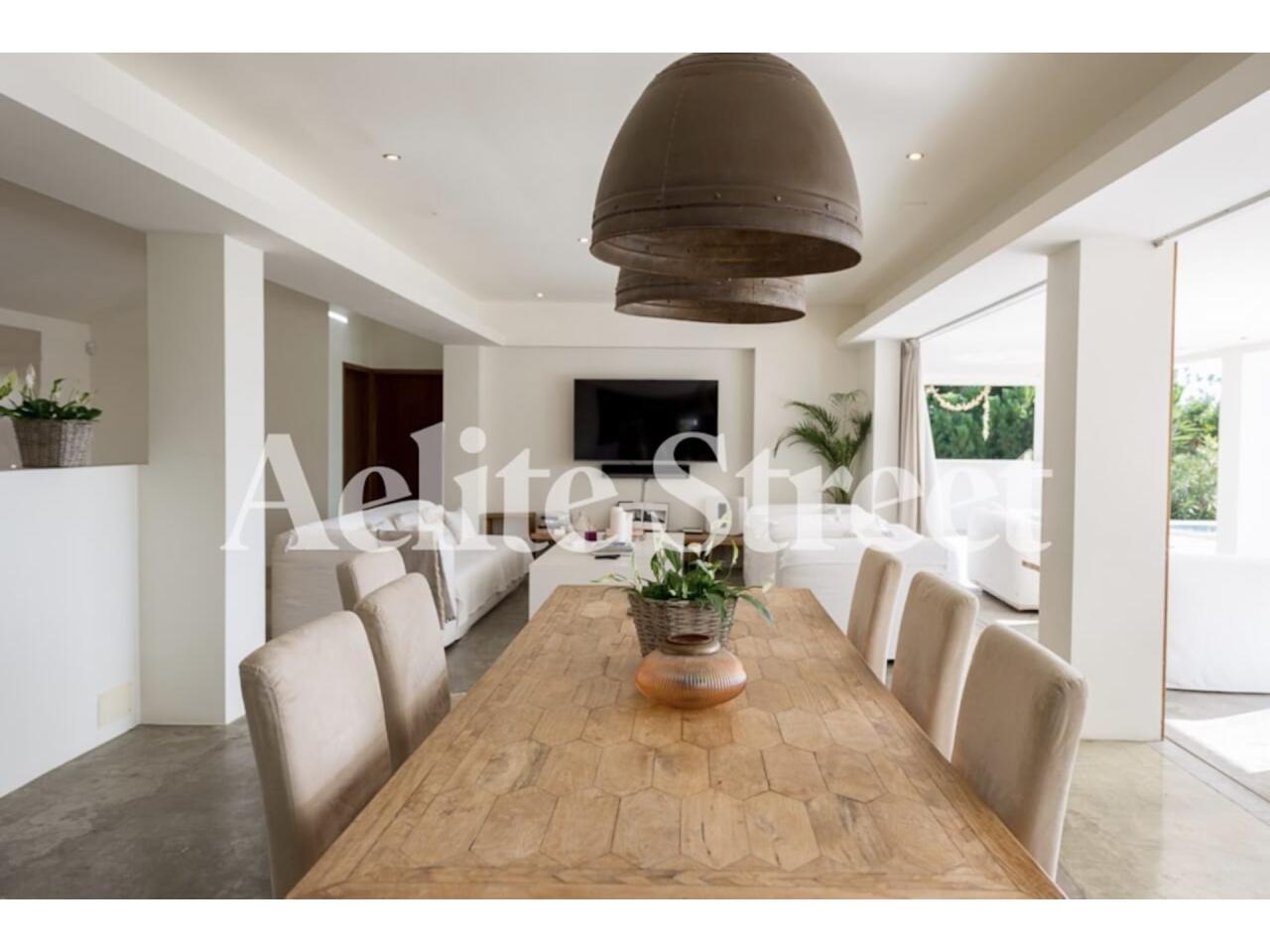 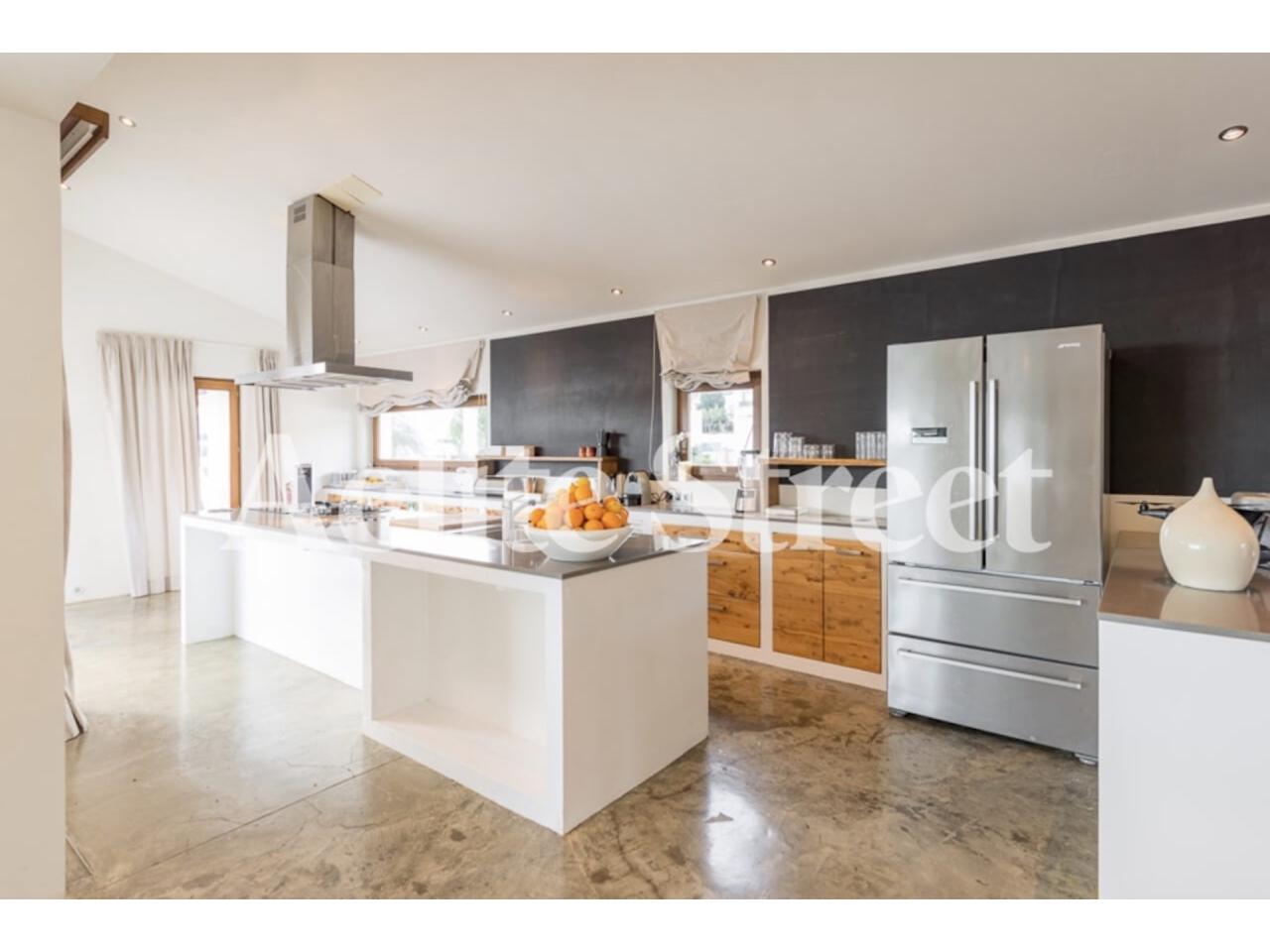 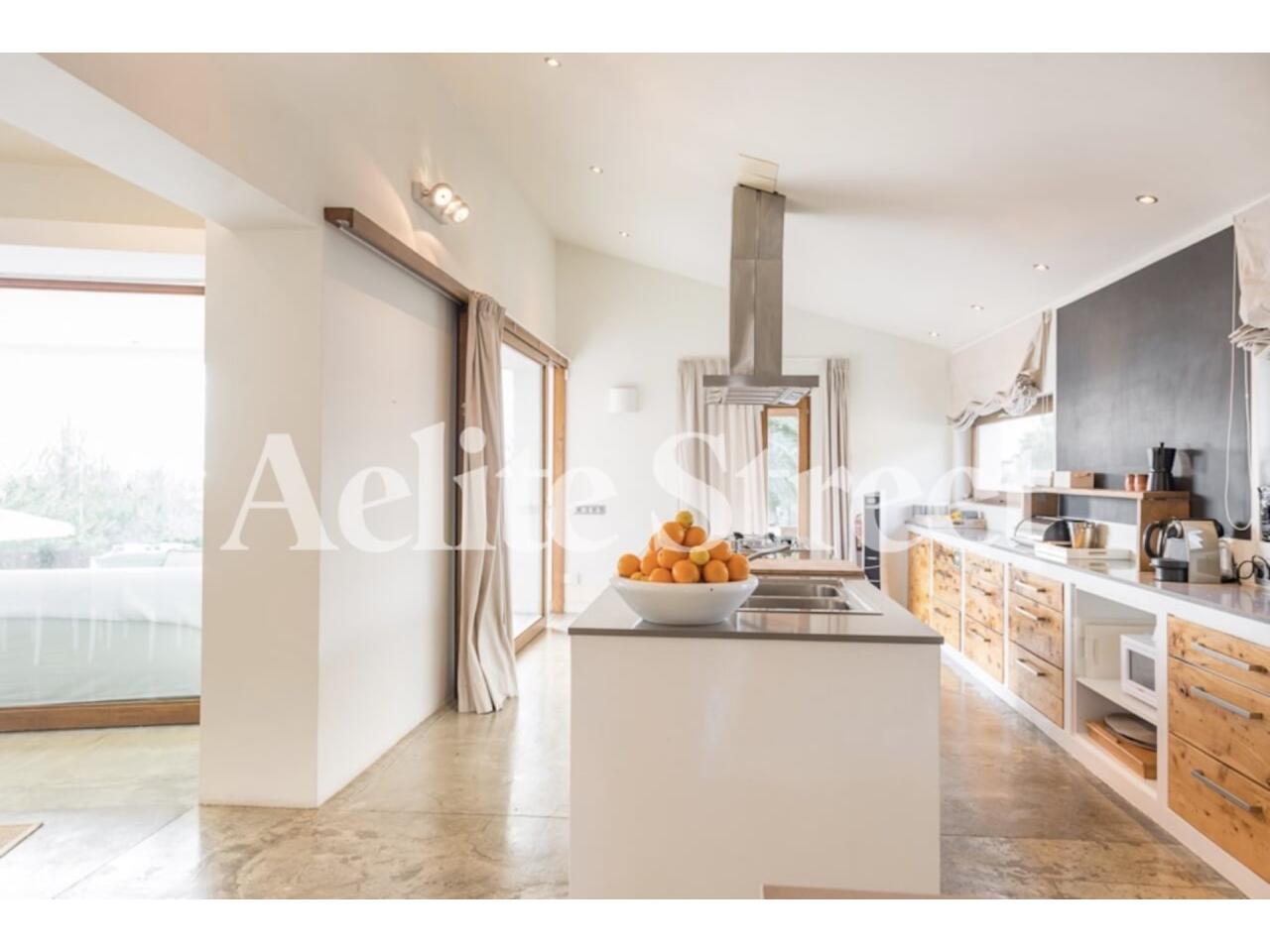 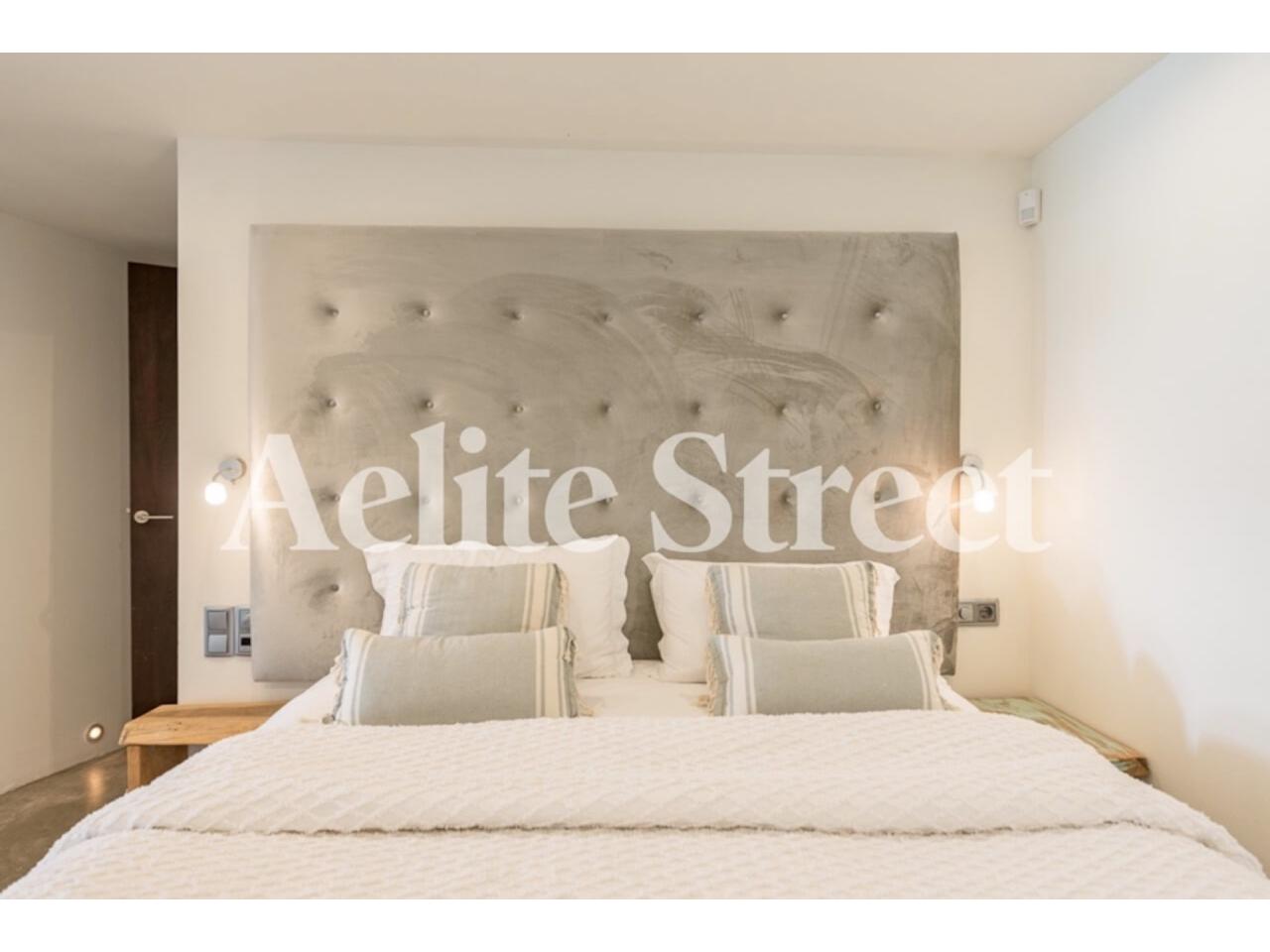 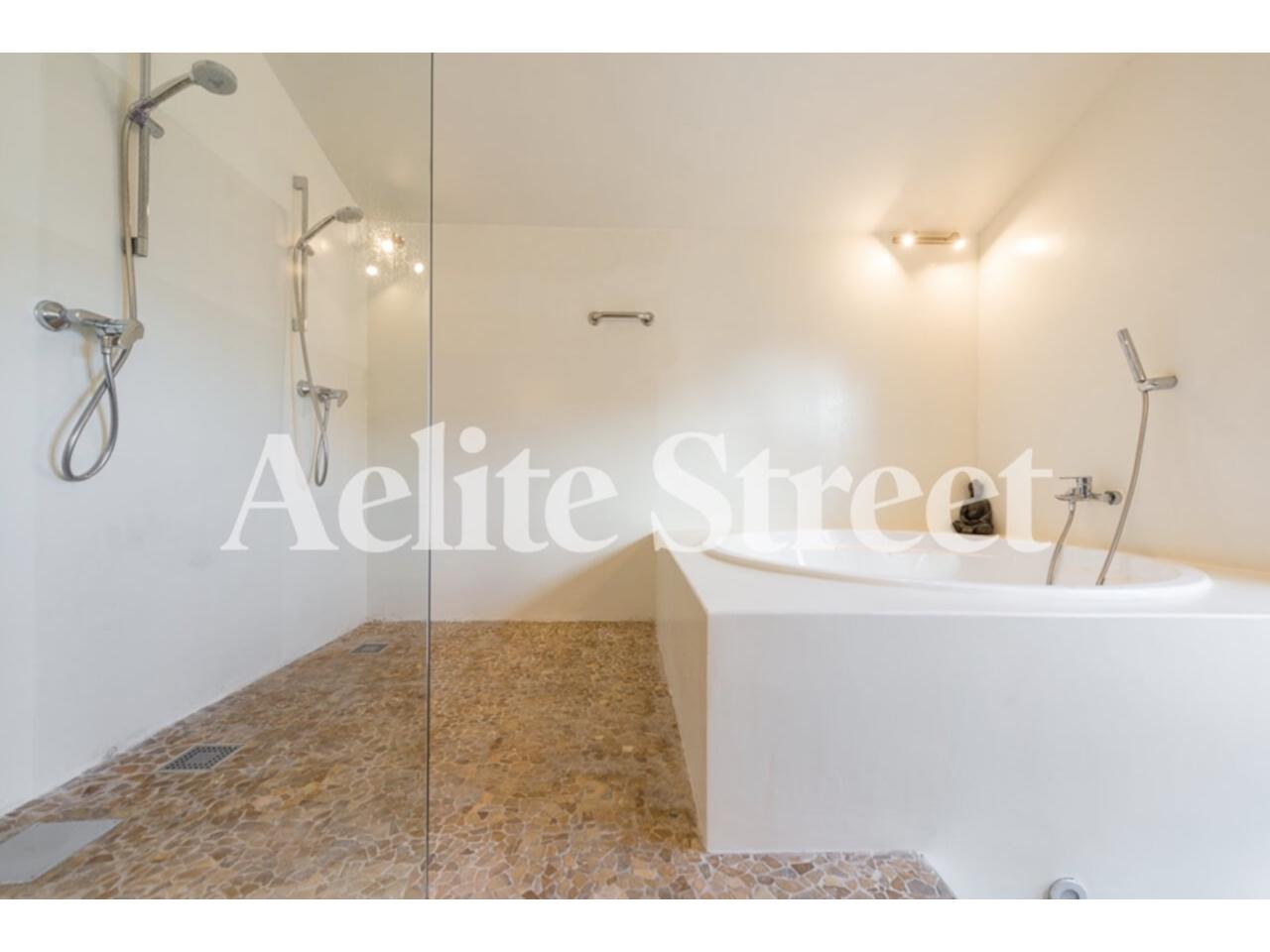 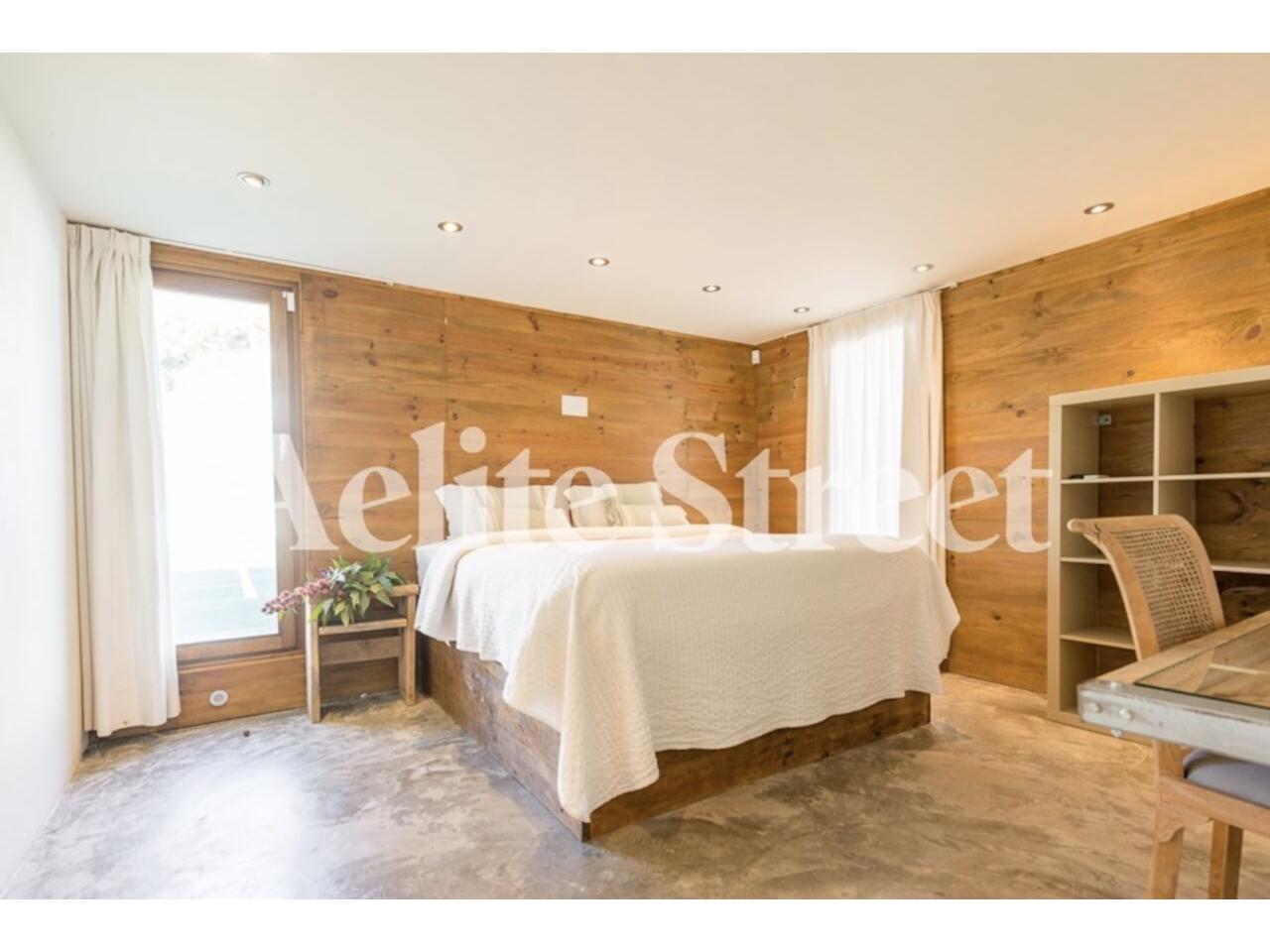 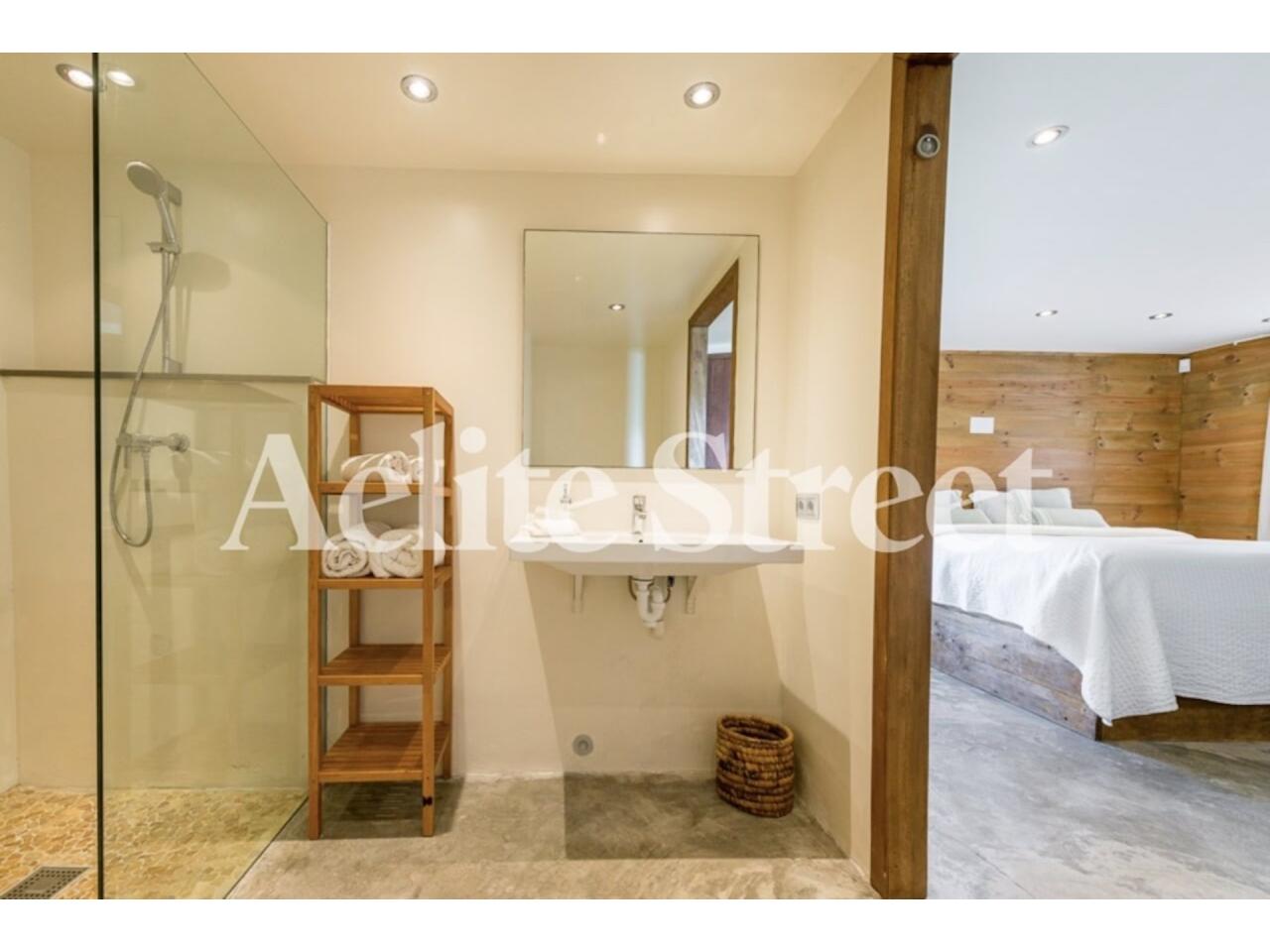 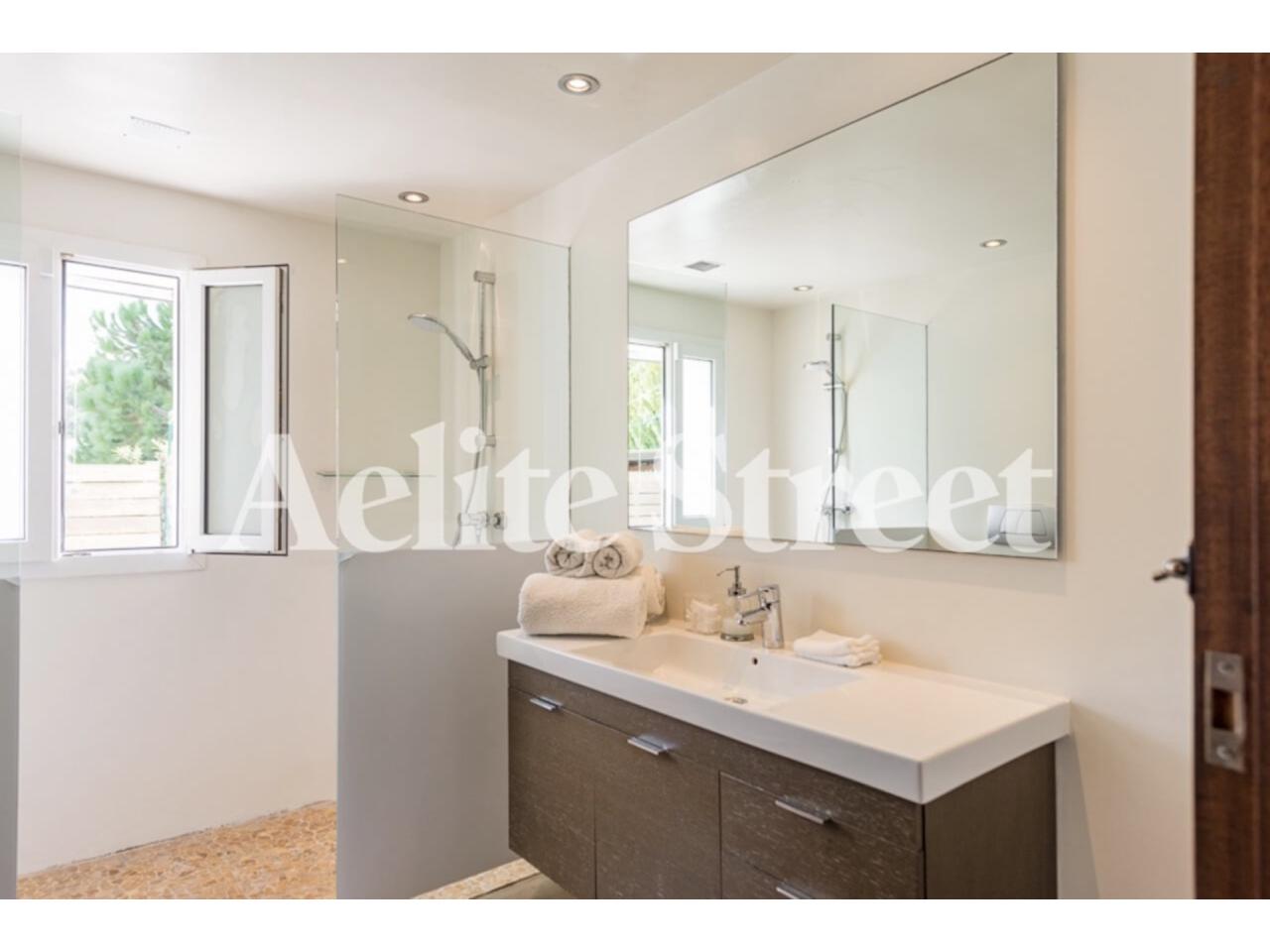 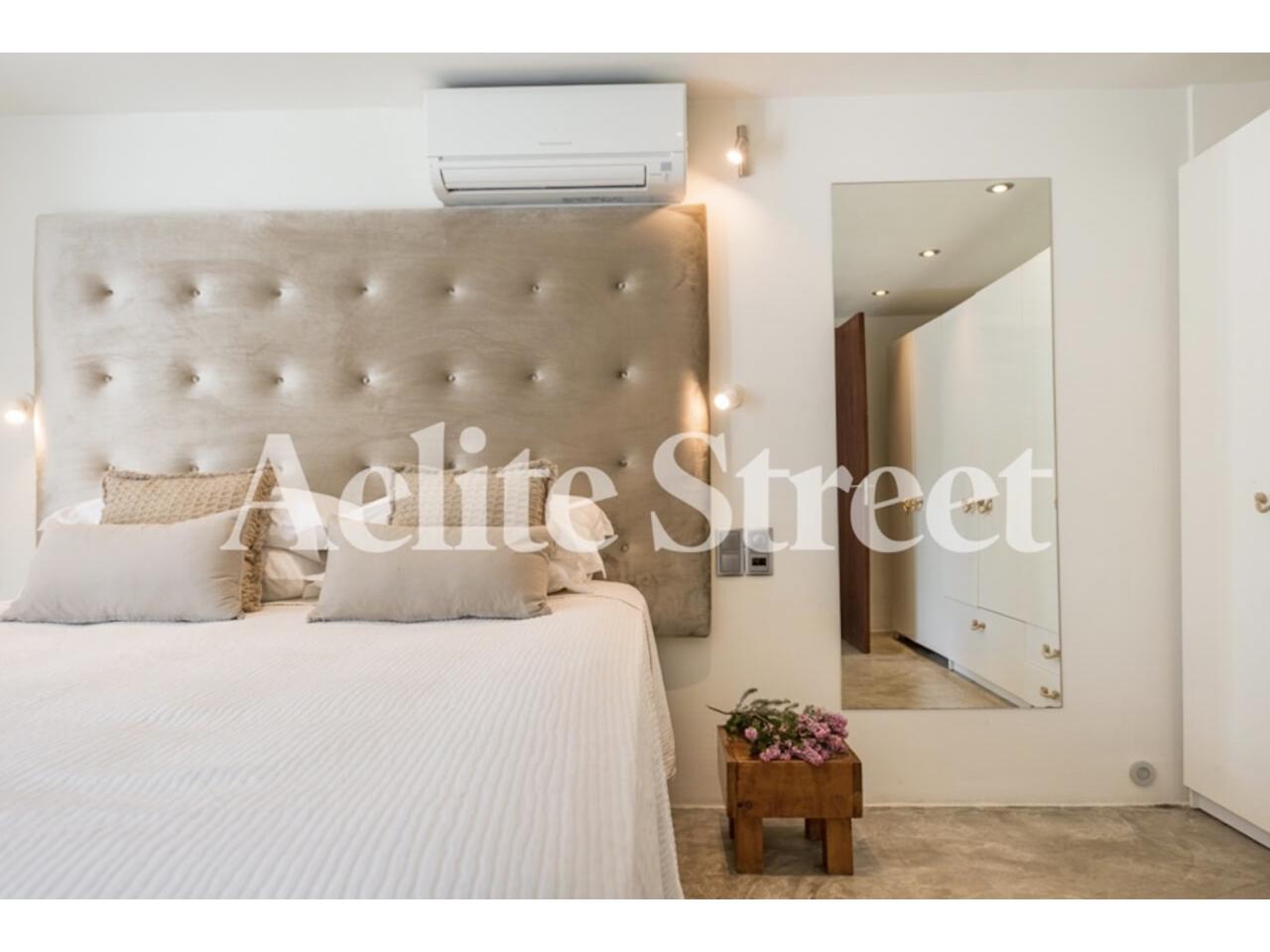 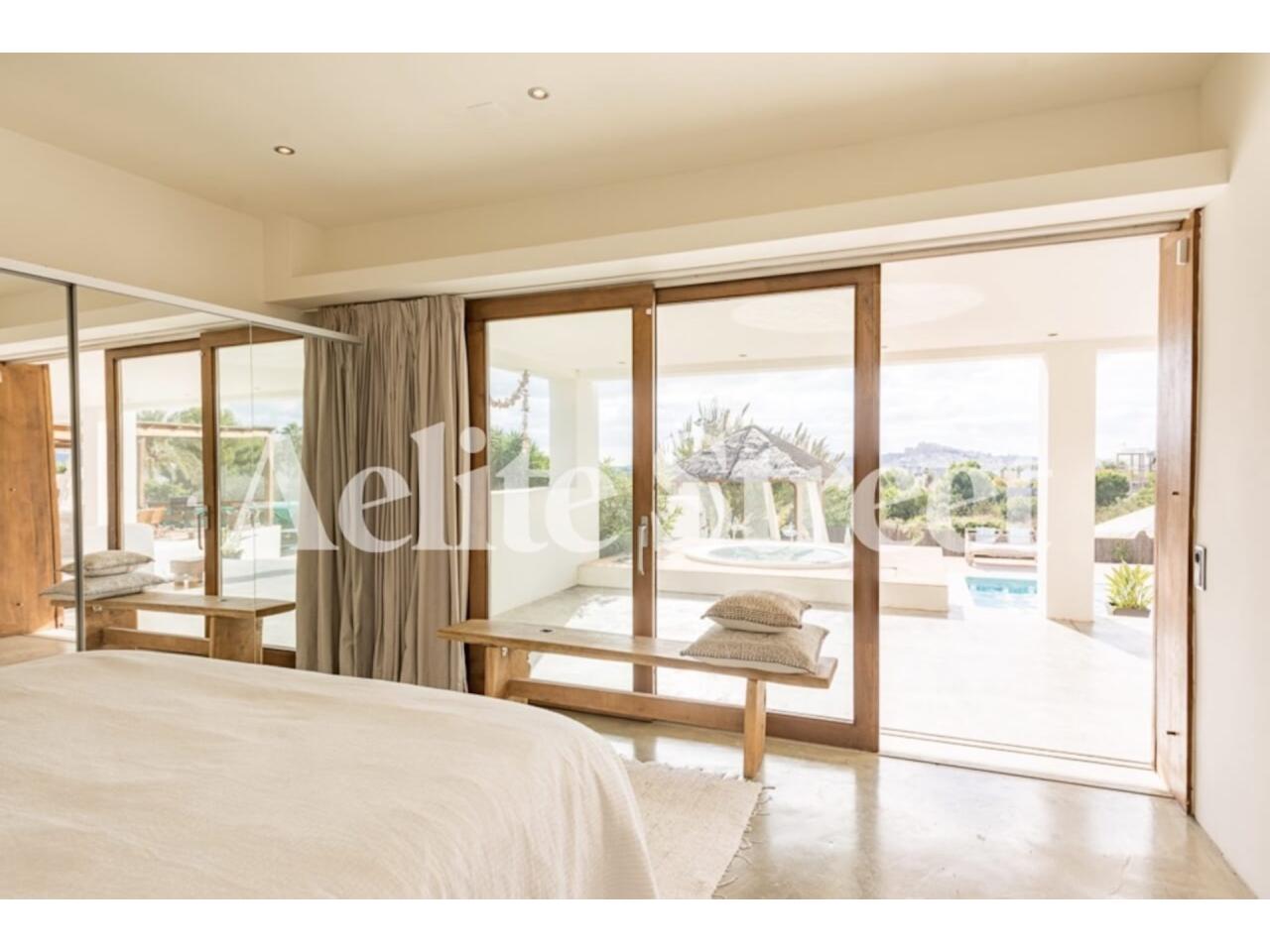 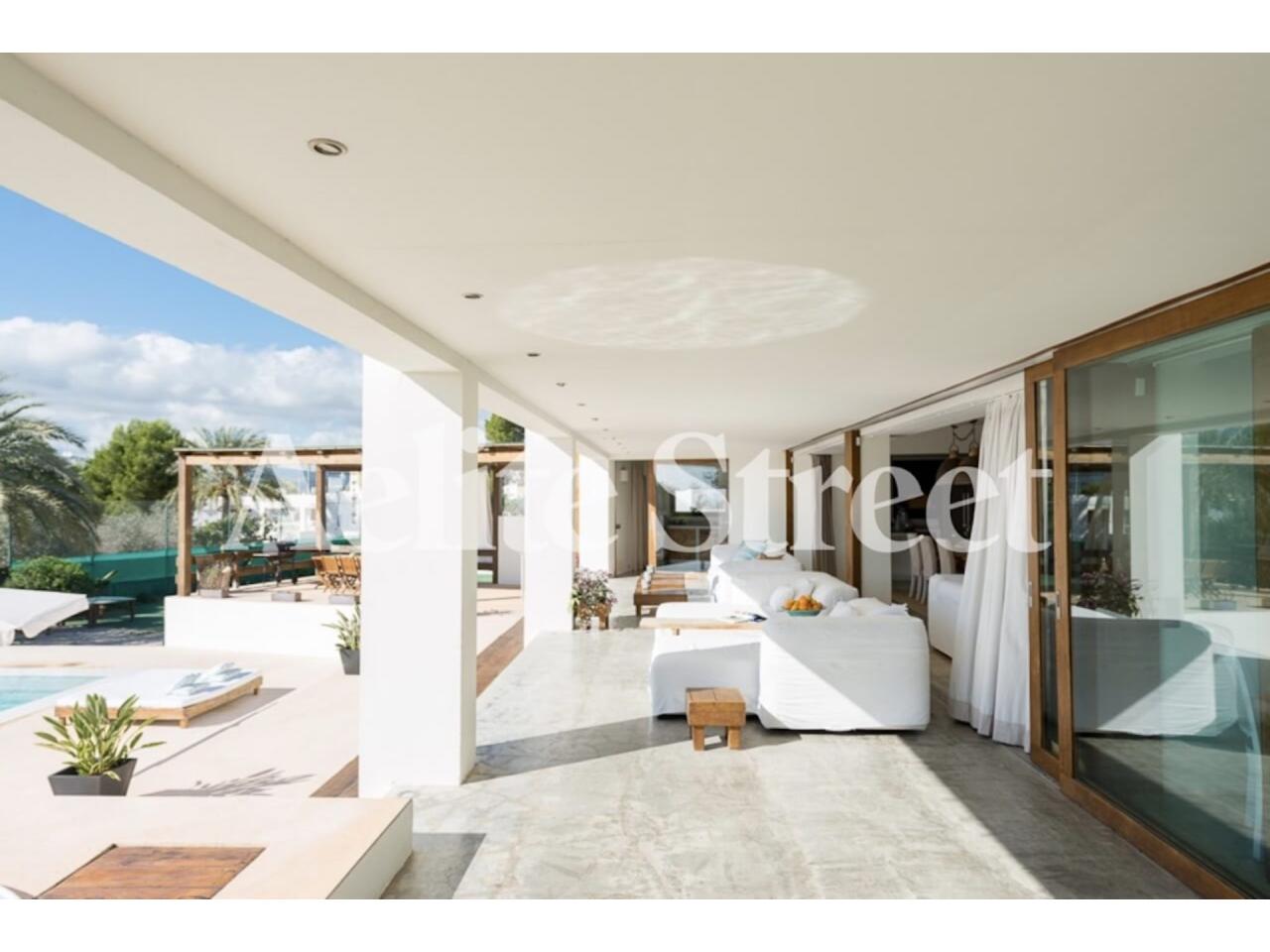 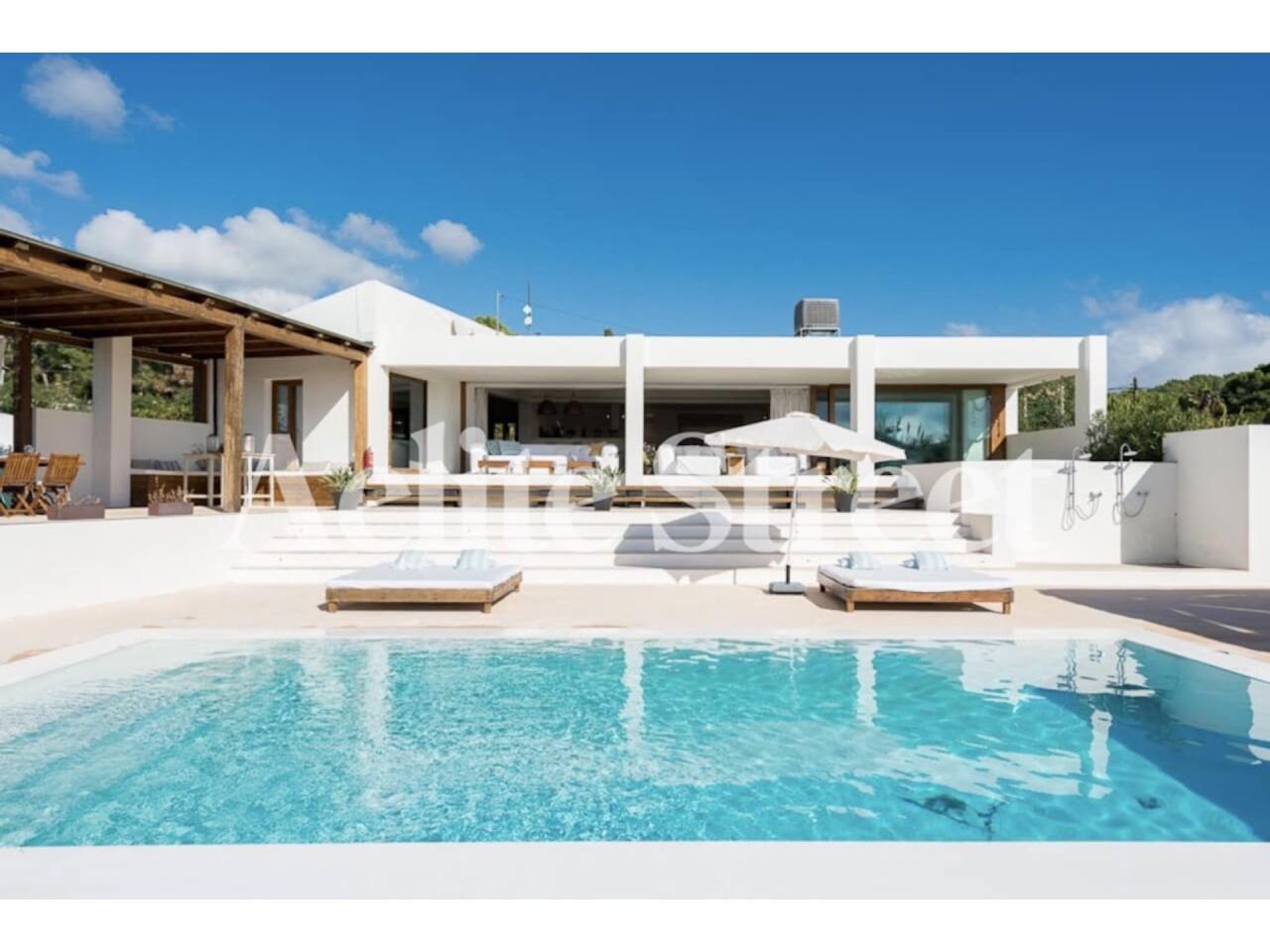 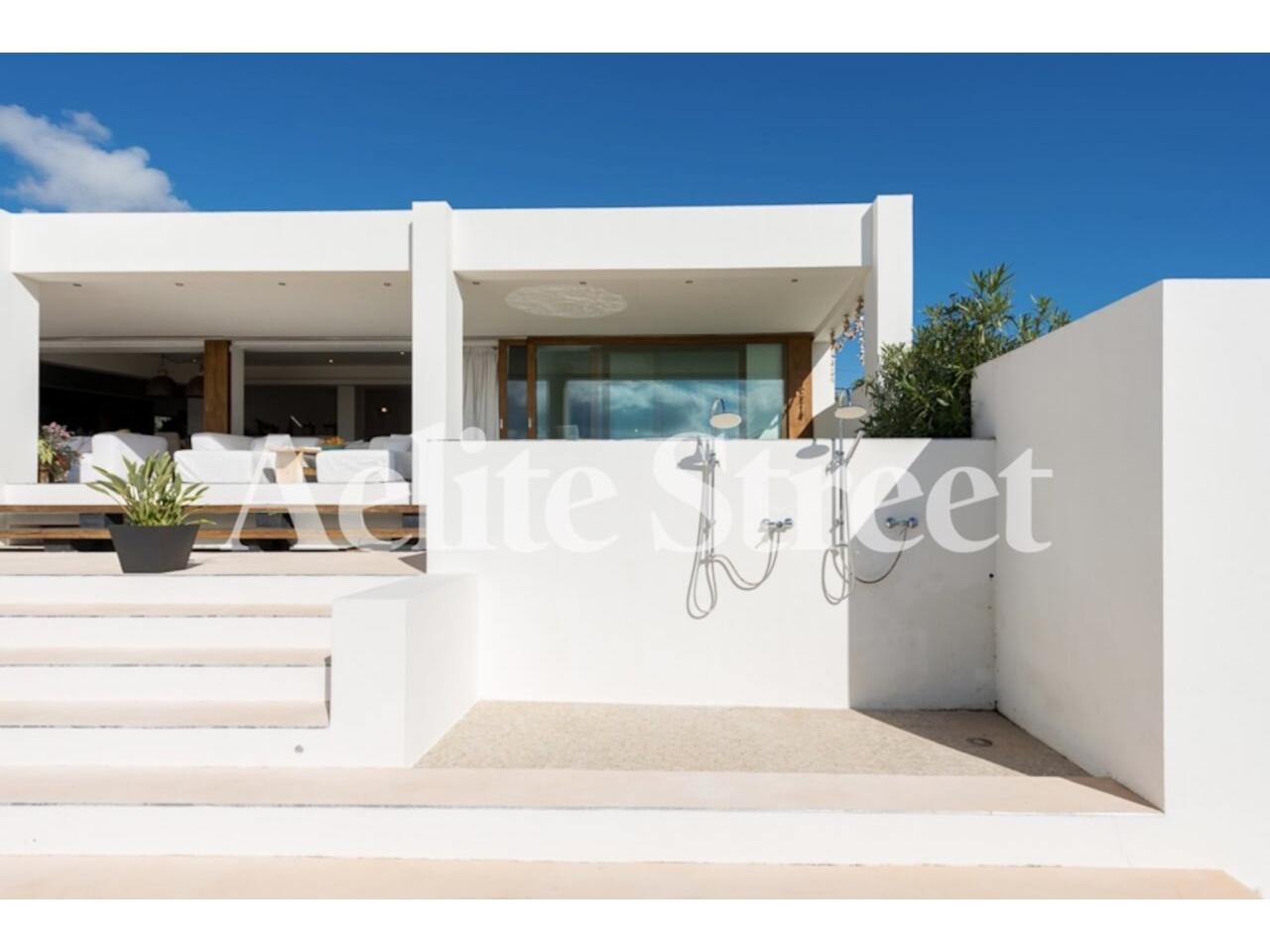 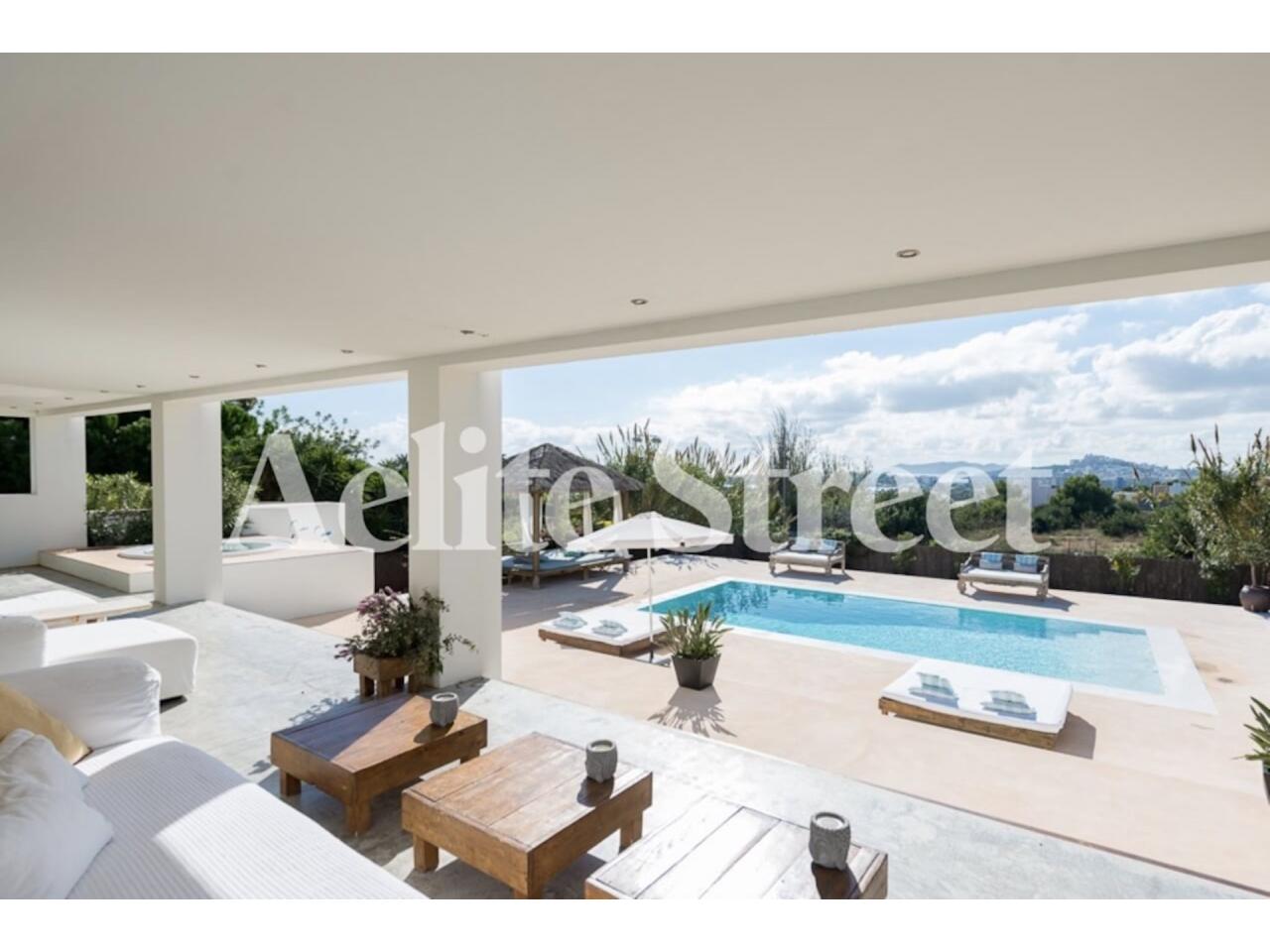 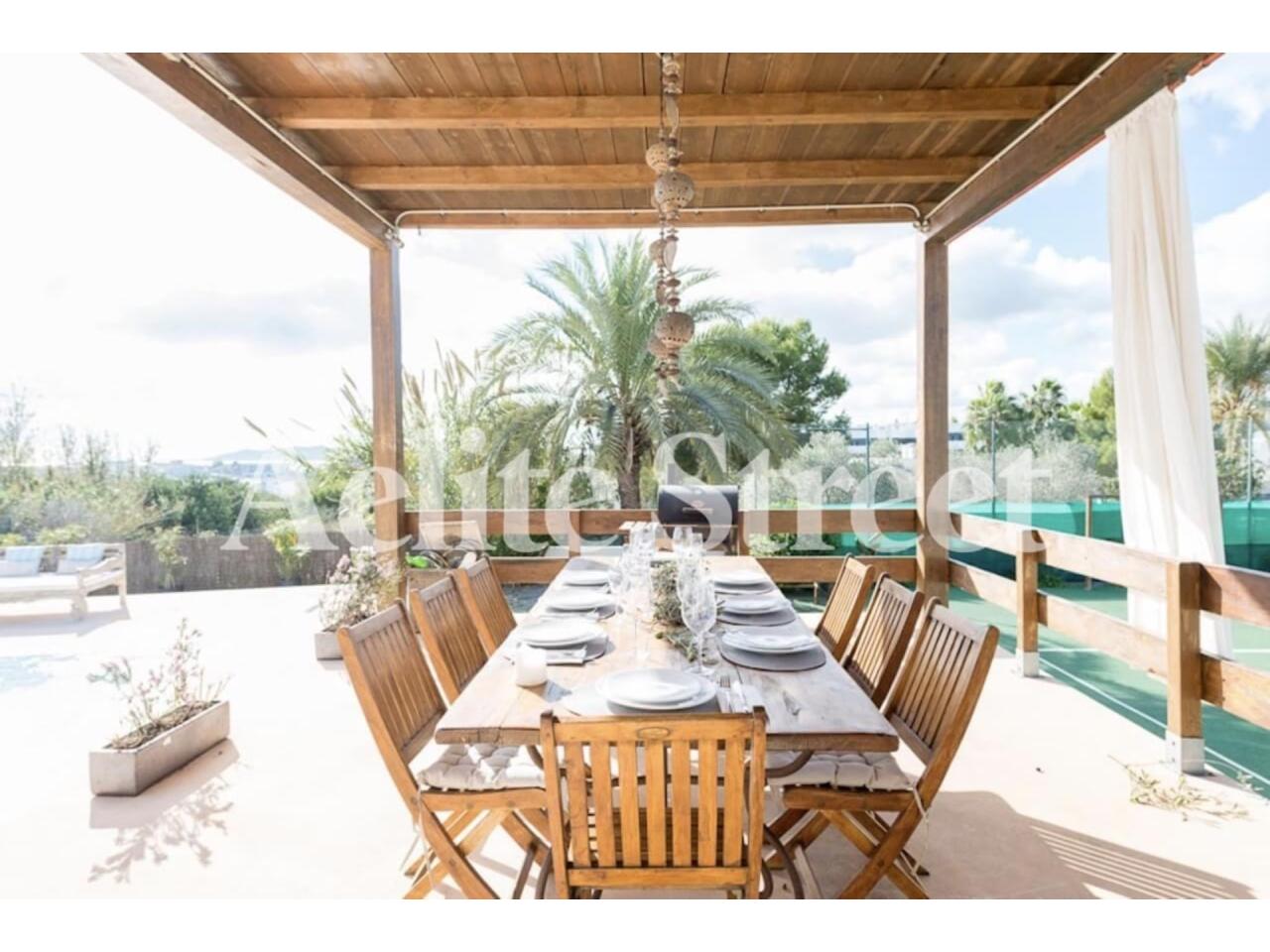 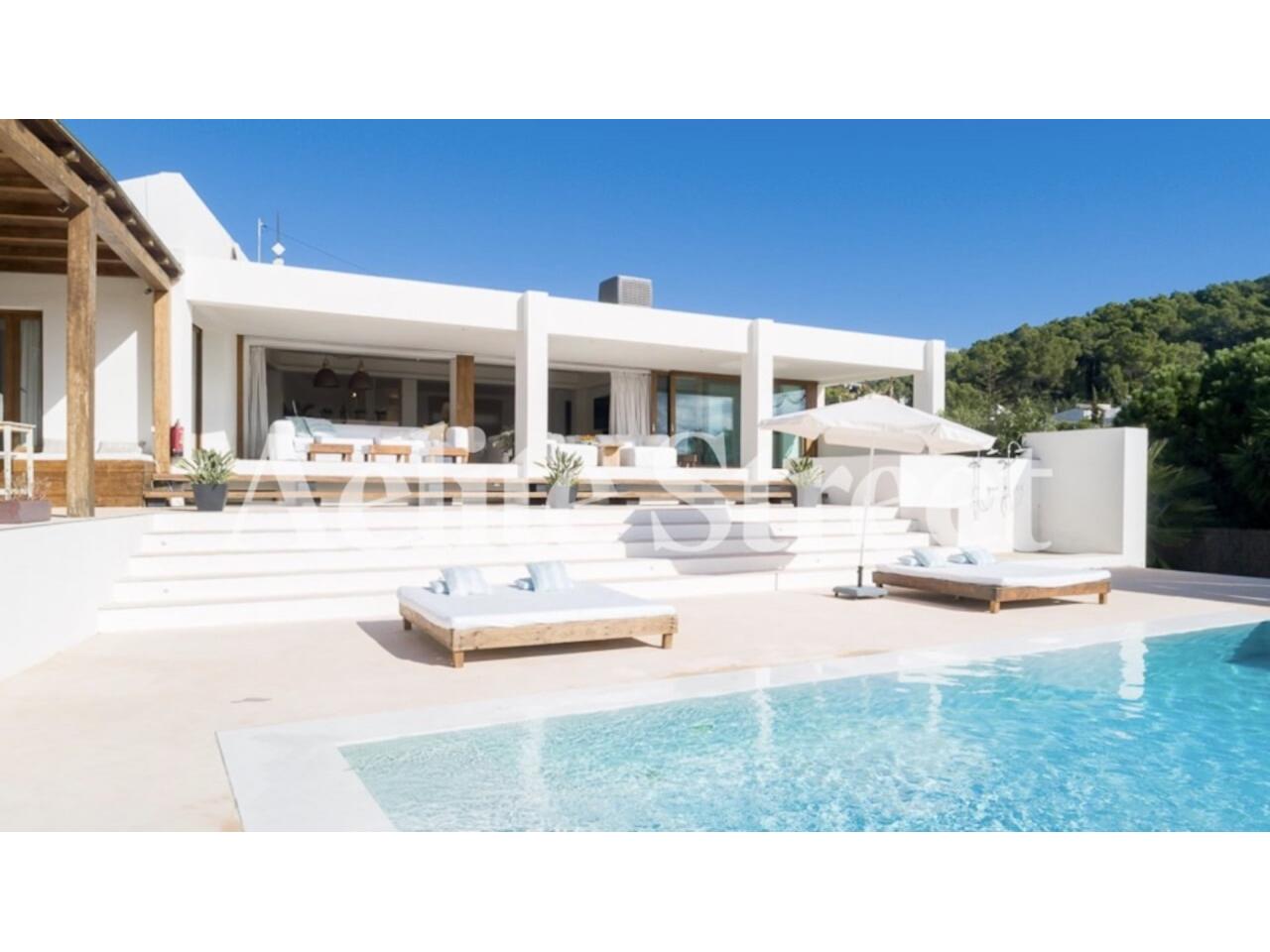 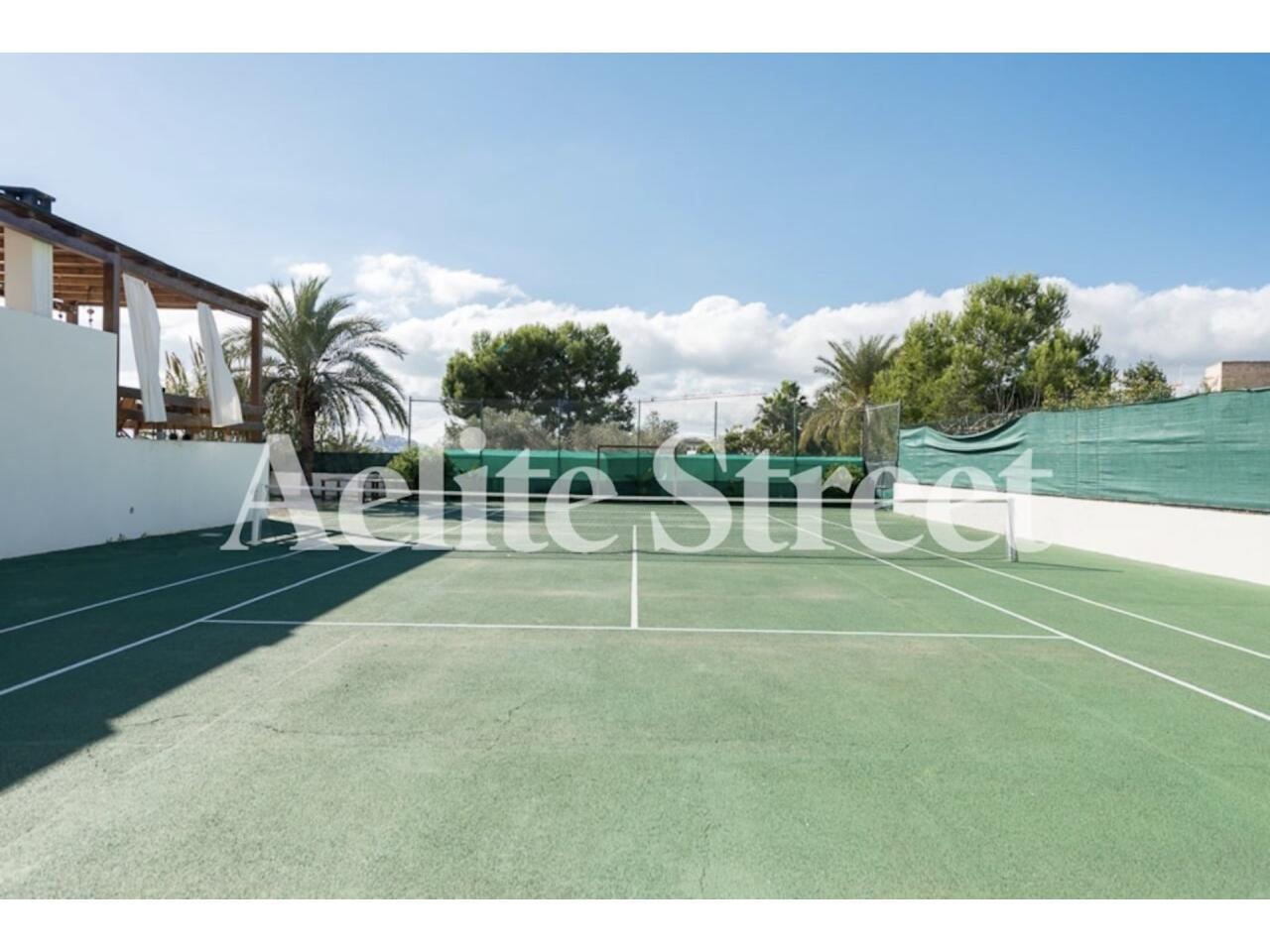 This very Modern 5 bedroom villa with tennis court and large swimming pool, can be found midway between Talamanca and Jesus, and boasts fantastic views of Dalt Vila and the surrounding mediterranean sea...
VILLA GIGI

This very Modern 5 bedroom villa with tennis court and large swimming pool, can be found midway between Talamanca and Jesus, and boasts fantastic views of Dalt Vila and the surrounding mediterranean sea.

The villa itself is around 500sqm over 2 floors on land of 3000 sqm, but it also has the added advantage of a further plot of unused and gated land directly in front, that can be used for children, larger parties etc (and for those looking for a project in the future can also be built upon!)

Entering through private electric gates, guests enter the ground floor into a large cool reception area, with 3 large double bedrooms spread evenly throughout and all with large and very modern en suite bathrooms.

The first floor is accessed by a wide winding staircase and the open plan distribution of this floor is perfect, with the huge open plan kitchen with island on the right, looking one way across the whole living room, and the other out onto the pool and garden areas - great for either entertaining, or keeping an eye on the little ones.

At the other end of the first floor are two further bedrooms that share a bathroom and the master suite opens up onto the front terrace and outdoor dining area with jacuzzi in front.

There are both indoor and outdoor dining areas, that all look out towards Dalt Vila, and sunsets from this villa are stunning.

The villa has a 50 sqm salt water pool on a raised platform surrounded by a large decked area, reached from the house via gentle steps. There is an outdoor jacuzzi for guests to spoil themselves in, as well as a pergola for relaxing out of the heat of the sun.

There is also a large raised and covered outdoor dining area, which can be reached directly from the kitchen area, and which has great views across Dalt Vila.

Unusually for this area, the grounds have a full sized tennis court, which can obviously be used for matches, or as an extra safe play area for children.
Finally, at the end of the garden is a small gate leading to the separate plot of land, which can also be used as extra space if needed.

Overlooking the port and the town below from behind its castle ramparts is Dalt Vila (aka the Old Town), dating back to the Phoenicians and listed as a UNESCO World Heritage Site. Once populated by Romans, Moors and the odd pirate or two, it is now full of winding cobbled streets, charming bars and romantic restaurants.

To the west of Ibiza Town runs the road to San Jose, which is peppered with myriad restaurants such as KM5, Cova Santa and Cas Costas Grill and Market, and in the surrounding hills if you look carefully enough one can spot some of the most exclusive and beautiful villas on the island tucked away behind the pines.